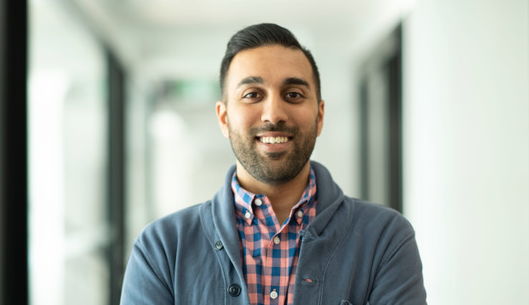 Cyclica, a Toronto, Canada-based startup, has just formed a new partnership with Beijing’s Institute of Materia Medica, Chinese Academy of Medical Sciences, to collaborate on the discovery of antiviral drug candidates for COVID-19.

The company, which is listed by CB Insights as one of the top 100 AI firms worldwide, describes itself as a “neo biotech company” which uses a new way of thinking about innovation. “We bring together computational biophysics, AI, and chemistry and biology to create a new paradigm for how medicines can be discovered,” says founder and CEO Naheed Kurji.

While current efforts to develop new medicines for the COVID-19 outbreak could result in possible therapies, new drug development efforts are costly and usually require a number of years of both pre-clinical and clinical testing.

Due to the urgency of the need for treatments of COVID-19 Cyclica says it believes drug repurposing offers a more effective strategy. And, it believes artificial intelligence (AI) approaches to drug repurposing could further expedite the recommendation of potential therapeutic solutions.

Cyclica has already used its proprietary deep learning engine, MatchMaker, to screen a collection of more than 6,700 FDA-approved drugs and drug candidates with at least Phase I clinical data. The resulting database, named PolypharmDB, is a library of clinically assessed molecules that can be used to identify repurposing opportunities for drug candidates that might be effective against COVID-2019.

China’s Institute of Materia Medica will conduct in vitro and in vivo antiviral assessment for molecules proposed by Cyclica in the coming weeks. In addition, the two parties will cooperate in a longer-term effort to design multi-target antiviral compounds with the goal of reducing drug resistance.

Results are expected sometime in April, says Kurji. “We are not saying with certainty that ours will work. This is a difficult problem and we are doing our best to come up with a potential solution. We feel a moral obligation to do something in this space.”

Cyclica believes it can supercharge not just treatment for COVID-19 but the drug discovery process in general by providing a holistic understanding of a molecule’s polypharmacology (pharmaceutical agents that act on multiple targets or disease pathways), as well offering insights through integrated systems biology and structural pharmacogenomics.

“For 40 plus years the industry has been focused on a fairly linear paradigm,” says Kurji. “It looks at one specific disease and a group of scientists that know that disease exceptionally well will work to identify and understand a specific gene or protein (i.e. a lock) linked to that disease and figure out why it is malfunctioning. The goal then is to find the key (i.e. a drug) that will either open or close that lock and hopefully achieve the desired therapeutic outcome. So you are essentially looking at a one disease, one protein and one drug paradigm.”

Cyclica’s view is that computational biophysics and AI will allow science to go beyond that paradigm. A single molecule can impact up to 300 separate targets when put into a complex biological environment like the human body. Through the use of AI it aims to accelerate the drug discovery process by both repurposing drugs and developing medicines with greater precision.

Cyclica, which has so far raised $14.5 million in venture capital as well as aid from local and the federal government in Canada, is partnering with both small biotech firms and large pharmaceutical companies.

“Our vision is to decentralize drug discovery by democratizing access to our platform. We create joint ventures with early stage companies and our technology becomes their computational engine,” says Kurji. “We are also working with a number of the top pharmaceutical companies globally as preferred partners. The goal is to spark a tidal wave of innovation and have our platform become the centerpiece of drug discovery.”