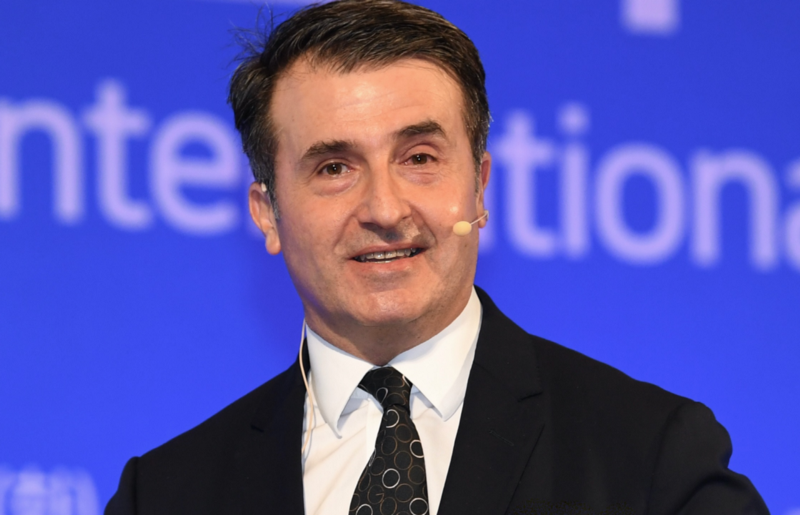 Alessandro Hatami is a co-founder and managing partner at U.K.-based Pacemakers, an advisory firm focusing on fintech and digital innovation in financial services. He is a Non-Executive Director at bank challenger Cashplus and mentor to several fintech start-ups. Prior to founding Pacemakers.io, he was the Chief Operating Officerof Digital Banking & Group Innovation Director at Lloyds Banking Group, the UK’s largest retail and commercial bank. He was also the Managing Director of PayPoint.net, a large EU payment processor and Director of Large Merchant Services at PayPal, the global alternative payments platform. He started his career in financial services as European Marketing Director at GE Capital. He holds engineering degrees from Georgia Tech in the U.S. and the University of Rome in Italy and an MBA from INSEAD. Hatami recently spoke to The Innovator about his new book, Reinventing Banking and Finance, Frameworks to Navigate Global Fintech Innovation (www.koganpage.com/reinvent) co-written with Helene Panzarino, the former MD of Rainmaking Colab.

Q: For the longest time traditional banks ignored the neo banks because the new entrants were only capturing a fraction of the business. Was this a mistake?

AH: Maybe ignored is not the right word. The incumbent banks sometimes feel relatively safe in their space and believe that neo banks — as innovative as they are — are not a real threat to the relationship, reputation and trust they have built with their customers built over the years. This is not dissimilar to what happened with music distribution many years ago. When iTunes and other music download businesses launched in the early 2000’s, music retailers like Tower Records and Virgin said that they felt it would be very difficult for an online service to replace the relationship they had with their customers in store. Just a few years later most these retailers disappeared. A few years after that the music download businesses were in turn wiped out by music streaming. Spotify and the other streaming services understood what iTunes had not: customers do not want to buy records, they wanted to listen to the music they like wherever they are. We could say that the incumbent banks are following in the footsteps of the record stores — at best the most digital incumbents and most of the challenger banks are pursuing an iTunes model. The real question today is: who is the Spotify of banking? My bet is models based on social platforms, examples of which we see in China, will play a big role in the future of banking and retail finance in general.

Q: In your new book you predict that the financial services market will soon be dominated by two types of entities: The new entrants that have made it and the incumbent that have adapted.

AH: The financial services that will thrive in the future are those who realize that digital transformation in banking is not just a redesign of a few existing processes and products to be able to sell the same financial products more quickly and cheaply online or on a mobile. The digital revolution will trigger a deep rethink of banking. The successful providers will not just try to sell more products, they will become the means through which customers achieve their goals. These banks will not sell overdrafts or personal loans, they will help customers afford a holiday, they will not sell a mortgage they will allow a customer to buy a home.

The global champions of the future can be smart incumbent players or innovative new entrants. What will differentiate these from most of today’s providers is that they will focus on enabling customer outcomes and not selling products. The champions of tomorrow will be those who enable customers to meet their goals as seamlessly and effortlessly as possible. The way payments, investments and loans are handled by the likes of WeChat, Ping An or Alibaba are a possible indication of what we can expect in the future. We are already seeing GAFA (Google, Apple, Facebook and Amazon) and other big tech firms looking increasingly closely at financial services. I am certain that they will also play an active role in the future of the industry.

Q: What factors will determine whether an incumbent can survive?

AH: Basically, the incumbent have one huge asset and one huge liability. Both of these are the same: legacy. Banks enjoy relationships with their customers that have been going on for many years. These relationships have not been perfect, but most customers are not terribly dissatisfied with their banks. They just feel they could be better. The neo banks and the fintechs (providers of a single banking products) are raising the bar on what the customers can expect from their bank. This is in turn making them consider alternatives to their bank, weakening the relationships banks rely upon.The banks have more customers, brand awareness and capital than the challengers. They could fight back and create propositions and engagements that are as good as the new entrants but most are doing this tentatively. The reason for this reluctance is what has given them an advantage : legacy.

Legacy poses two problems: the first is the operating model. Obsolete infrastructure, processes and culture make it hard for incumbent banks to change. But this is not the only problem. Having a successful past makes it very hard for a business to change business model. If a challenger gets it wrong, the absolute cost to the business is not as big as the impact of a big bank with a big customer base and huge P&Lmaking a mistake. This makes transformational change very difficult. That is why most incumbent banks are using technology to improve the way they operate and few (if any) are trying to really change their businesses. Most are looking to use digital to sell more — more cheaply.

The industry is transforming. The incumbent that survive will be those that will continue to retain and grow their core business and will have developed a transformational option if and when their customers are ready to jump.

Q: It was made clear during the World Economic Forum’s annual meeting that those companies that claim to be supporting a reduction of emissions will be called out if their actions do not correspond to their pledges. Since the groundbreaking Paris summit on climate change in 2015, 24 global banks have invested $1.4 trillion in the fossil fuel industry even if they claim to be supporting net zero initiatives, according to Greenpeace International. Meanwhile a neo bank called Good Money is being created in the States that voss to invest at least 50% of its money in impact projects, either in the form of impact investments or philanthropic giving Given the current focus on climate change and having a purpose beyond profit do you believe traditional banks will have to follow its lead?

AH: If banks truly realign their focus to helping their customer achieve their goals rather than selling them products, it becomes clear that the remit of a financial institution will need to expand beyond pure financial outcomes. I would expect incumbent banks, neo banks and fintechs to start being more explicit about being socially responsible than they have ever done in the past. Examples like Good Money in the US or Alandsbanken in Finland, where they not only tell you where you spend your money but they also estimate the carbon footprint of every purchase, will become much more commonplace in the future.

Q: What advice do you have for incumbent financial institutions?

AH: Use digital technology to improve your current customer engagement while you lay the foundations for your transformation. In the book we talk about the three stages of digital evolution of an incumbent bank: Adapt, Evolve and Transform. Most banks have completed the Adapt phase using internal capabilities. The Evolve and Transform phases often require skills and expertise that the incumbent do not have. My advice here is not to hesitate to get help from the outside when it is needed. A few years ago, whenever a business needed a capability it didn’t have the answer was always to work with a small set of very large global IT and consulting firms. Today the choice is much broader, with smaller firms punching way above their weight in innovation, capability and reliability. The most important thing, whether you are choosing to subcontract, outsource or even to acquire a specialist partner. is to do proper due diligence. Often banks take a more professional approach when selecting a senior executive than they do when selecting a firm to build the future of their business with. The future of banking innovation is partnering.