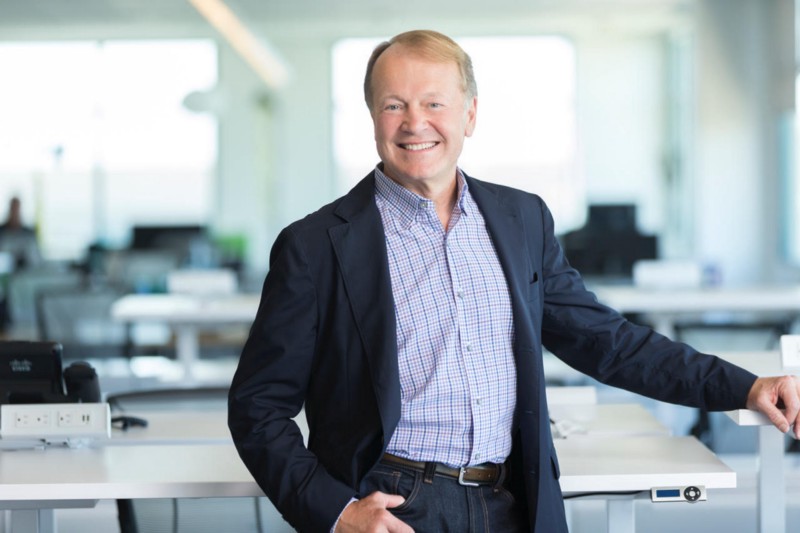 John Chambers, the former chairman and CEO of Cisco, and a scheduled speaker at the 4YFN conference in Barcelona February 24 to 26, is the founder and CEO of JC2 Ventures, which focuses on helping disruptive startups from around the world build and scale, while also promoting the broader development of startup nations and a startup world. During his 25+ years at Cisco, Chambers helped grow the company from $70 million when he joined in 1991, to $1.2 billion when he became CEO in 1995, to $47 billion when he stepped down as CEO in 2015. As Executive Chairman, a position Chambers held until December 2017, he led the Board of Directors and provided counsel to the CEO and leadership team on strategy, digital transformation and strategic partnerships. He also spearheaded the creation and development of Cisco’s country digitization program. Chambers recently spoke to the The Innovator about digital transformation, what he is doing now and the best way for big corporates to partner with startups.

Q: You once predicted that 40% of today’s businesses will fail in the next ten years; 70% will attempt to transform themselves digitally, but only 30% will succeed. Why do you think so many digital transformation attempts fail?

JC: The classic mistake that large companies whether enterprises or service providers or large governments make is they keep doing the right thing too long. The second thing is you grow or you die. You can only go sideways so long. You are either in a contracted environment with the unpleasantness that goes with that like reducing head count, trying to survive with a new set of challenges, etc. or you are in a growth environment. And third every organization must become a digital organization. When I said that almost ten years ago everybody said it is not going to happen but I think now every government in the world understands they have to go there as does every enterprise, they just don’t know how to get there. There are very few role models. The easiest definition of insanity is you keep doing the same thing and you expect a different result. And yet this is what so many businesses and governments are doing. They just slightly tweak the agenda. And secondly when it comes to digitalization (and let’s define digitalization as enabled by cloud computing with the access moving to the edge where data will be processed and implemented with artificial intelligence empowering a huge productivity and job creation change both for good and for bad) what they do is use these new technologies but don’t change the underlying business processes and try to do one-offs or try to do what someone else has done many times and failed at and expect a different result. There are tremendous opportunities to disrupt, grow and create jobs based on business model transitions combined with new technologies and all occurring at a pace never seen in my lifetime — probably three to five times faster than they did with the Internet just 20 years ago. But the end result is going to be unfortunately that there are going to be real winners and losers. This is true at the country level and it is true at the business level.

Q: What are you focusing on now?

JC: In the next two months three of the top ten telcos from around the world are coming to my office in Silicon Valley to talk about how they are reinventing themselves and how they will use a subset of hopefully seven or ten of my A team to do things they have not done before. You have HPE [Hewlett Packard Enterprise] reinventing itself and strategically announcing an alignment with Pensando Systems [ a cloud startup that can help companies run their servers more efficiently founded by key Cisco employees that Chambers invested in]. Until a month a half ago Pensando was in stealth mode and HPE committed across the board to a strategic partnership of $250 million which was sponsored by the CEO of the company. He was the one who said ‘here is our new innovation agenda and here is how we are going to move as the cloud moves to the edge and I am going to partner with a small company that HPE would never have thought about partnering with before and we are going to put a lot of top talent and money into Pensando.’ Oracle has signed up as a customer as have Equinix, Goldman Sachs and NetApp.You have major service providers and enterprise companies partnering strategically to gain competitive advantage with a startup that did not have a dollar of revenue and raised $160 million with a post money evaluation of approximately $650 million. Unheard of. By the way these were five of my top people out of Cisco who helped the company build new businesses that usually obtained 40%-70% market share, something established companies can no longer do. It takes a startup with an audacious dream. It speaks to how rapidly the market is changing and how large companies must partner with startups to innovate. You are now seeing most innovative companies whether it be Walmart, or Goldman Sachs or Boeing partnering with startups in a way they would have never considered before.

Q: What is the best way for startups to work with big corporates?

JC: If you love them too much you can give them a hug that crushes them and if you ignore them they can be killed by corporate politics and red tape. My advice is to use the relationship with startups as a chance to reinvent the company. Many people don’t realize that at Cisco we used systems to change the company culture and introduce innovation at tremendous speed. Companies need to bring in startups as partners knowing some will fail and just replicate the process until you can do it faster and faster. When I was running Cisco we did 180 acquisitions and two-thirds of them were successful. We had seven plays we ran every time. I could get a call on a Thursday night from NASDAQ about a company that was about to be bought and be asked ‘why aren’t you engaging with this company?’ I would be embarrassed that I didn’t even know the company’s name but then arrange a meeting with them on Friday morning, do a $3 billion acquisition handshake at noon and have both company’s boards of directors and the markets informed by Monday morning. By the way if I had gotten it wrong I might have gotten shot. This is not a job for the faint of heart.

You can access John Chamber exclusive articles for The Innovator here