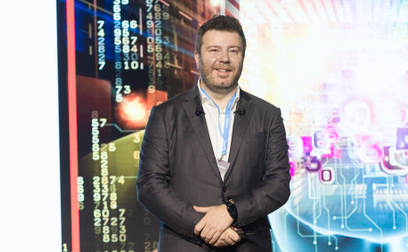 Among analyst firm Gartner’s top ten trends for 2020 is hyper automation — the use of bots to automate manual repetitive tasks in the enterprise. One of the key enabling tools is software called robotic processing automation or RPA, which has been dubbed the fastest growing global enterprise software category. Demand for the technology is so strong that RPA specialist UIPath, which was founded in Romania and is now headquartered in New York City, has raised over $1 billion in funding and attracted 50% of the Fortune top 500 global companies as customers.

Deloitte reports that 53% of respondents to its annual survey had already started using RPA to address business challenges with a hybrid human/software workforce, using software robots to automate daily processes and freeing humans up for more creative, strategic tasks. Use of RPA is expected to increase to 72% in the next two years. If this continues at its current level Deloitte predicts RPA will have achieved near universal adoption within the next five years.

Beyond cutting costs and digitalizing the workforce companies are embracing RPA because it enables them to bring a level of automation to legacy processes without having to replace existing systems. Analysts note that this has a strong appeal for companies with large amounts of legacy infrastructure like banks, insurance companies, telcom companies and utilities.

“The earliest adopters and pioneers are financial services companies because they have so many processes that are ripe for automation but we are seeing deployments across all industries,” says Anna Ghica, UIPath’s head of communications.

UIPath, which operates in 25 countries, was named the fastest growing technology company in North America in November in the Deloitte 2019 Technology Fast 500 ranking. The Tech Fast 500 recognizes 500 of the fastest-growing private and public companies spanning technology, media, telecommunications, life sciences and energy technology in North America based on percentage of fiscal year revenue growth from 2015 to 2018.

UIPath claims to have cultivated the world’s largest RPA community. exceeding 3,000 customers. One of its differentiators is that it set out to create a wide global community of developers and a forum. “The product is an expression of the collective contribution of all the people who have been using the product,” says Ghica. “Our product developers are constantly incorporating feedback coming from the market.”

Competitors include Automation Anywhere, which raised $300 million from SoftBank at a $2.6 billion valuation and Blue Prism, a U.K. company that pioneered and makes RPA software.

“In 2020 RPA is going to claim its place as a central platform for other enterprise automation tools: it will become the repository for automation in the same way that YouTube is for video content,” Guy Kirkwood, UIPath’s chief evangelist predicts in a recent blog posting. “The centrality of RPA will run parallel with the development of automation code that is more useful and reusable, enabling it to spread even further than it previously has,” Kirkwood says. “ In turn, this will enable organizations to reuse code across industries and geographies. This is the front end of an even longer-term trend, as RPA becomes more accessible and extensible.”

Kirkwood predicts that in 2020 organizations will learn how to better standardize robots and apply them across use-cases and departments, and eventually across companies and industries. “Given the potential that RPA holds for businesses of all shapes and sizes, and across all industries, developing a digital transformation strategy that encourages an automation-first mindset will be vital for a company’s future survival,” he says.