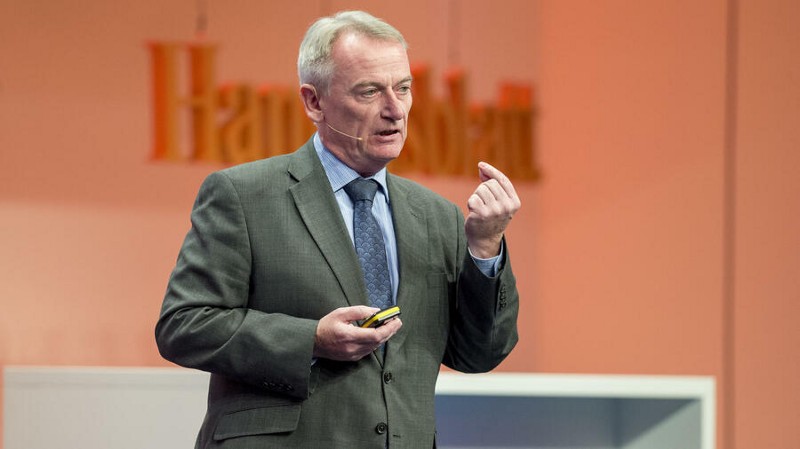 Chris Skinner is the author of several books about innovation in financial services, including one due to be published in February entitled “Doing Digital” which profiles five banks around the globe that have made the most progress in their digital transformation. Skinner, who has been commenting daily on fintech through his blog , the Finanser.com, for almost 20 years, chairs the Financial Services Club and Nordic Finance Innovate, is a non-executive director of research firm 11:FS and on the advisory boards of various firms including digital-first bank Moven and Meniga. He has been an advisor to the United Nations, the White House, the World Bank and the World Economic Forum, and is a visiting lecturer with Cambridge University. He recently spoke to The Innovator about his new book and why more banks have not succeeded in going digital.

Q: Why haven’t more banks succeeded with their digital transformation?

CS: One of the reasons banks haven’t moved more quickly to adapt is partly due to the regulatory environment. Banks have five times more regulations than the average tech company. But the basic reason is that most banks today don’t have effective leadership. The leadership of most banks do not understand technology. They see tech as a budget line or a line of business, not something that is fundamental. But banks that don’t treat it as a fundamental change to the organization are going to fail. The travel, media and entertainment businesses were all in denial and have been fundamentally changed by digital and it is now time for banking. It has taken 20 years but it is happening now.

Q: Why is it happening now?

CS: The introduction of smart phones and the cloud. These two tech platforms combined enable anybody to enter the market with virtually zero capital and a great idea. That is why there has been an explosion: 12,000 or more fintech companies, companies launching in the last ten years with hardly any investment to get started. It is something we are seeing everyday now.

Q: Aren’t fintechs just nibbling around the edges and not really impacting the core business of banks?

CS: Stripe is valued at $35 billion which I would say is more than nibbling. In comparison Commerz Bank is valued at less than $7 billion and Deutsche Bank at $14.5 billion. There are 50 fintech unicorns out there adding as many as a million users a month each. Yeah you could say that they are just doing things like prepaid cards but these companies know everything about your life and your spending data, whereas the old banks just have boring transactions for utility bills and mortgages. Which one knows me better? This is a transformational change rather than something on the edges of the industry. Fintechs are taking over the lead in banking. There is this great quote that ‘finance is what we do and tech is how we do it.’ The how of banking is now all about tech. It is a massive change.

Q: In your new book “Doing Digital” you profile banks that have progressed in their digital transformation. Who are they and what is the secret to their success?

CS: I found only five major banks that were worthwhile to study in the top 100 globally. I wanted to focus on big banks I could see were trying really hard to do something to radically change. This is why, in the new book, I zero in on BBVA, DBS, ING, China Merchants Bank and JPMorgan Chase. They all have leaders who understand digital technology and did something that forced the banks to make some change. For example, after a money laundering scandal in 1999, BBVA brought in new leadership, including a CEO who had a technology background. Similarly, DBS in Singapore brought in a whole new executive team in 2009 to shake things up, several of whom were grounded in technology.

ING launched ING Direct and grew it into a global brand platform and, through that process, developed an intimate understanding of banking without branches. China Merchants Bank has been tech-led since it launched in 1987. And JPMorgan Chase’s CEO Jamie Dimon has always seen tech as a differentiator of the business. His first decision as CEO was to cancel a multi-billion dollar outsourcing contract with IBM, which was brave. But he said it is because technology is at the heart of the bank. These banks are all in different stages of their digital transformation. They are all going through different experiences, but what came out of talking to these banks is that they have all changed direction and are doing something different. In each case their leadership embraced technology and realized how important technology and digital services are to their future. The conclusion I reach in the book is summarized in more than 30 key lessons that are applicable to any organization that wants to transform to be digital. These lessons fall into four major buckets: working out what to do, how to do it, doing it and doing it better forever. That cycle takes about 10 years. The first two take about three years. It all comes down to Charles Darwin’s theory: when it comes to evolution it is not being the fittest, smartest or the most intelligent bur rather the most adaptable to change that counts. That said, if you don’t know what to change and how to change in the right way you won’t survive. Change the wrong things and you’re dead. That is where the 30 steps come in.

Q: Can you go into a bit more detail on some the 30 steps you outline in the book?

CS: Some are blindingly obvious. Nearly every one of the banks had a crisis about where they are going in the future. In the case of JPMorgan it was Jamie Dimon saying ‘Silicon Valley is going to eat our lunch.’ DBS and BBVA made clean sweeps of their board rooms. They recognized that there is massive change going on here and they needed to change massively as a result. They realized at the same time that there is no point in having a burning platform if you don’t have a compelling vision. A clear articulation of the direction for the future is key to the success of all of the banks interviewed. And they all decided ‘ let’s go and meet with digital organizations we respect like Google, Spotify, Alibaba and Tencent. They all spent months on an investigatory discovery process and then, based on what they learned, worked out how to organize and structure and do things that worked for them. One of the key things they learned was that they had to be agile themselves and not just launch some kind of token project. And, to be effective any new services had to be regulatory compliant. That resulted in regulatory and compliance experts sitting alongside designers and coders in a new flat organizational structure, integrating technology and the business. Again one of the key lessons is that technology is not a function for a CIO with an IT budget. It has to be integrated into the business, alongside marketing and product and sales. And focus is really important. An interesting lesson came out of DBS. They had a moment when strategically the bank didn’t achieve what it wanted: it tried to acquire a bank and failed so they had $300 million available. The board then told the chief executive and chairman to use that money to transform, asking the executive team to focus on transformation and not on shareholder return. The reason that is important is that the leadership were given a mandate to do business as unusual, and focus on change rather than on quarterly results. That mandate allowed the bank to transform.

Q: What advice do you have for banks?

CS: A lot of people in banking view technology as something outside their remit. They make the mistake of treating digital as something separate. It is something that has to be owned throughout the organization. In doing so, the hardest part is to get middle management on board to categorically change because the biggest fear of middle management is, after spending years to get where they are in the company, that technology will automate their jobs or wipe out their power base. If you don’t make it clear how to participate and be part of the change they will be your biggest obstacle.