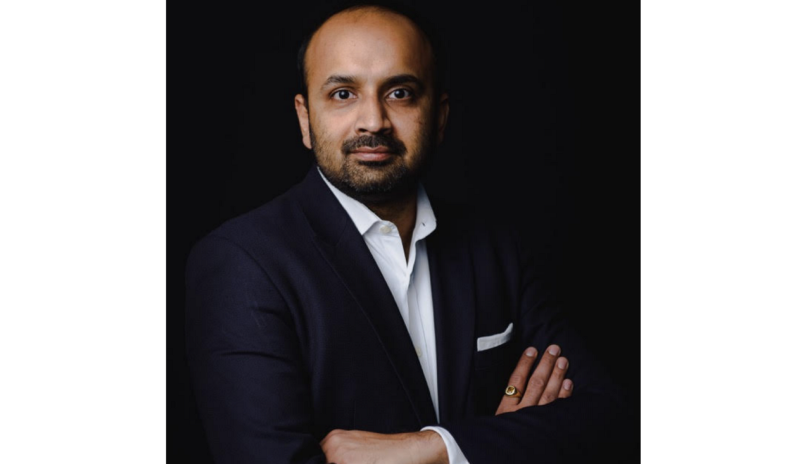 Genomics — which influences all aspects of our health, from the risk of disease, to how quickly the body breaks down drugs — promises to usher in the age of precision medicine, making more precise diagnosis or prediction of diseases and response to therapy possible. In 2018, almost $1.2 trillion per annum of global pharma R&D and commercial was impacted by genomics, and over the next five years, genomics is expected to disrupt over $10 trillion per year, impacting additional sectors including insurance, sovereign healthcare systems and consumer care companies.But about 78% of the existing genomic data used in developing precision medicine has been gathered from people with European ancestry, meaning most of the world’s population risks missing out on healthcare innovations. Due to this data bias researchers believe that the true promise of genomics cannot be realized globally.

Enter Global Gene Corp, a UK-based genomics data platform, insights and AI-driven applications company that is mapping and organizing the world’s genomic diversity by collecting and analyzing diverse genomic and associated medical and lifestyle datasets to deliver precision healthcare to a global market. It is starting with India, which is home to some 4,500 of the approximately 10,000 of the world’s ethic and subgroups, and is now expanding its work to Singapore and Namibia. Recently with support from government of India agencies such as Invest India, the company has launched ‘Mission: #GlobalGenome’ to substantially accelerate the mapping, with an ambition to involve one million participants.

« We now have insight on about 20% of India’s population, which combined with public global datasets, creates powerful insights » says Sumit Jamuar, Global Gene Corp’s chairman, CEO and co-founder. « Our ambition over the next couple of years is to get closer to 80% so that we can bring more and more of precision medicine to that population by helping with the global discovery process. »

A B2B and B2B2C company, Global Gene Corp, licenses the genomic and medical datasets (and over time as it develops novel targets) to big pharma, and the proprietary AI and machine learning -driven algorithms and software apps to insurers and government health systems. Pharma and biotech companies spend around $200 billion per year on drug research and development. It takes $2 billion and 10 to 15 years to develop a new drug and some 92% of efforts fail. Adding genetic biomarkers improves the success rate from 8% to 26%, decreases time to market to just three or four years and slashes the cost of development from $2 billion to $1 billion, says Jamuar. « Think about that : if you can have a three times higher success rate, get to market four times faster and slash the cost by two, that is a substantial improvement. The last time such a disruption happened was due to the Internet revolution.»

While pharma companies have recognized the value of genomic datasets they can generally only buy more of the same and don’t always have the right phenotypes [an individual’s observable traits, such as height, eye color, diseases and blood type] they desire or the right consent, » says Jamuar. « That is why they are investing in what we do : our data provides a global perspective, allows them to accelerate the discovery process by enhancing the disease ‘signals’ and reduce the ‘noise‘ of genetic heritage and gives the pharma company an edge in their R&D pipeline. »

Take the case class of cancer drugs, which according to studies typically only effective in one out of four patients. « There is more and more information on genotype-drug interaction in cancer. which allows clinicians to guide the path of the treatment, » he says. « If you can personalize the treatment based on mutation and certain markers are there, the success rate is enhanced, for example in non-small cell lung cancer with EGFR mutation the success rate is 76% but if you don’t have a mutation it is 5%. That’s the difference between life and death. »

As its genomic dataset grows Jamuar says the next phase of the company’s evolution will be to accelerate strengthening of their AI ecosystem to draw insights that can help with drug discovery and patient treatment. For example, collecting data at scale is expected to help Global Gene Corp to identify novel disorders, he says. It typically takes doctors seven years to diagnose rare diseases and by that time a patient’s condition may have deteriorated. « Based on AI driven algorthms that our build on our datasets, we can help speed up diagnosis, » says Jamuar. «It is helpful for the doctors, really good for the patients and and it can also help lower the cost to the health care system, » sparking the interest of insurance companies or governments.

In addition to India Invest Global Gene Corp is working with Singapore’s Precision Medicine Initiative — and has several other similar projects in the pipeline — to develop digitized family and clinical histories, including lab reports, combine that with genomic information, and give individual’s insights on their health. The service would run over a technology infrastructure that would be built and paid for by a government health care system or insurance company. The incentive for building such as system would be to limit adverse reactions to drugs, increase adherence and effectiveness and ensure better outcomes, lowering costs to the healthcare system. « This is the next frontier, » says Jamuar. « Ultimately we want to deliver the genomic data operating system that will power the genomics revolution and enable everyone, everywhere to benefit from the incredible promise of genomics. »