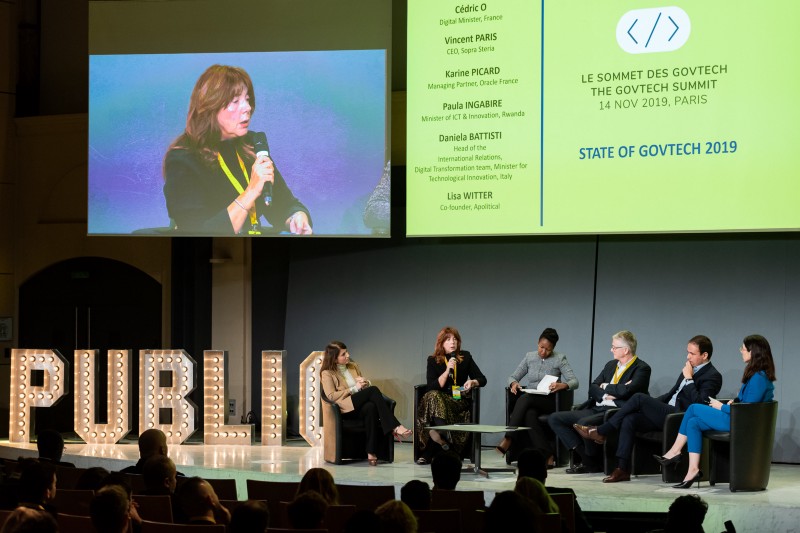 New digital technologies are not just changing business, they also have an impact on what governments do. Indeed some believe govtech -which seeks to use technology innovation to reinvent public services in areas as diverse as health, education and mobility- will become the future operating model of government itself. Against that backdrop government officials, tech startups, lawyers and academics gathered in Paris November 14 to talk about the state of play at a conference called the Govtech Summit organized by PUBLIC, a company that connects Europe’s public sector with startups and runs a growth program for tech companies in Denmark, France, Germany, and the UK.

Speakers at the conference included Estonian President Kersti Kalulaid, Cedric O, France’s Secretary of State for The Digital Economy of France, Nikolai Astrup, Norway’s Minister of Digitalization and Paula Ingabire, Rwanda’s Minister for ICT and Innovation. In a morning panel about the state of govtech 2019 participants were asked to rank the evolution of the sector on a scale of one to ten (with ten being the highest). While the audience weighed in at 4 or 5 government officials such as Cedric O were more optimistic, voting for a ranking of 6 or 7, with caveats. He and other government officials admitted, though, that much more progress is needed.

PUBLIC CEO and Co-founder Daniel Korski, ex-deputy head of policy at Number 10, Downing Street, could not agree more. “We have both a hardware and a software problem,” he says. “We are all familiar with the hardware problems: outdated procurement policies, being risk adverse and limited funds for experimental solutions.” The software problem, he says, is the minds of policy makers. “It is possible to rise to become a senior official in a society or a government department and have never once touched or learned about modern new technology and what it can do for government,” he says. In addition to making sure that universities that train the next generation of politicians include courses on technology, governments should introduce a whole series of learning tools for people who are currently in office and insist that learning to use these tools be a prerequisite to moving to a higher position, he says. One of the key messages must be that it is not necessary to authorize billion euro plus contracts for massive digital projects. Often startups can do things far faster and more cheaply, says Korski.

The incentive to get it right is strong. PUBLIC, which organized the summit, believes that if government can organize a way to work more closely with startups there is a chance to not only transform the public sector but also potentially flow billions of dollars into the European tech scene. In France alone the govtech sector is worth €16 billion per year, according to a report on the state of French govtech released at the conference on Thursday. The report features 50 French govtech startups but notes that today only 2% of government contracts go to “innovative” young companies. The report contains 15 recommendations for reforming the country’s approach to working with govtech startups including defining which groups and agencies are responsible for digitizing government, setting a goal that 10% of government spending will flow to innovative companies by 2025, creating more flexibility in purchasing decisions by making contracts smaller and giving government employees more authority to make decisions.