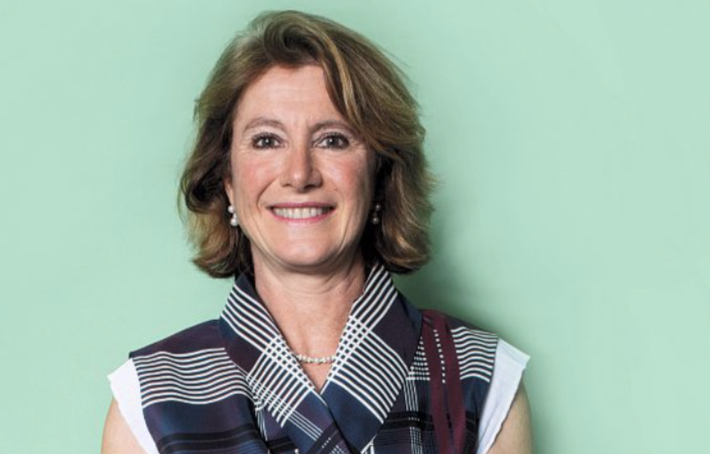 TomTom, a 25-year-old company, gained global recognition as a manufacturer of car navigation devices. But in recent years, it has undergone a radical transformation. Its core business today is the delivery of advanced mapping, traffic and navigation intelligence in the cloud to a range of industries such as automotive, logistics and government traffic authorities. Co-founder Corinne Vigreux, a scheduled speaker at Slush, talked to The Innovator about how the company has had to continuously reinvent itself.

Q: A steep and pretty sudden drop in demand for your core product, car navigation devices, prompted TomTom’s latest transition but the company has gone through many transitions along the way. Can you tell us about the journey?

CV: We started this company with four people 25 years ago, before people were even talking about star- tups. We began with software development for B2B mobile applications and personal digital assistants for consumers. Soon after, TomTom became the market leader in PDA software with navigation applications such as RoutePlanner and Citymaps. Then in 2004 we moved from being a software to a hardware company. It was a big moment in the history of the company. We were 25–30 people and we were able to have a major impact because we had the right product at the right time. By bringing digital navigation to the masses, before we knew it we were selling a million products a day. We went from €40 million in revenue to €1.8 billion in five years.

Q: How did you handle that as a manager?

— CV: I had worked for Psion for a few years but I had not had experience running a big company. We had to scale very fast and put an organization in place. And at the same time– at some point– we had to prepare to be disrupted. In 2008 there was the perfect storm. There was an economic crisis and suddenly what we had been offering on our hardware devices was available for free on your mobile phone. At the same time, we were pursuing this vision of updating the map of the world in real time — which was our motivation behind acquiring the leading mapmaker TeleAtlas in 2007 — and giving traffic information in real time with a view to reducing overall traffic congestion. We kept innovating and that kept us in the race.

Q: What is the secret to TomTom’s survival?

CV: You have to spread the risk by making big bets on innovation. That is what keeps us where we are — relentlessly innovating and staying ahead of the game. We have established partnerships with, amongst others, Baidu, Qualcomm, Bosch, Nvidia and Cisco, and over the years, we acquired a number of new businesses including Datafactory (which formed TomTom Telematics), Applied Generics (which formed TomTom Traffic), the automotive engineering team from the Siemens R&D division (which formed TomTom’s Automotive business unit), TeleAtlas, one of the largest digital map making companies in the world (which formed TomTom Maps) and earlier this year Autonomos (a Berlin-based autonomous driving startup with heritage dating back to the DARPA challenge). While we made bold acquisitions we always kept an eye on the bottom line. And we went public at the right time — preparing for the future.

Q: TomTom Traffic reaches 69 countries with a combined population of more than five billion people and collects massive amounts of data. What are you doing with this data?

CV: TomTom’s Live Traffic-enabled devices reach over 10% of drivers. We have proven that, through better network utilization, this has a positive influence on the personal journey time for all drivers. That data is anonymized of course — privacy is our number one priority — and used in a way to optimize traffic flow. We are working with cities on a traffic index every year and support them in moving cars around in a better way. This has a massive impact. Autonomous driving will help improve traffic flow and reduce deaths and injuries on the road because cars will not make the same mistakes that humans make when they cause accidents. The ultimate goal is to get to a state where being in cities will be a pleasant affair and the cities will be returned to its citizens living in harmony with the environment. Our next moon shot is to play a role in smart mobility, helping reduce congestion and providing mapping technologies to enable autonomous driving.

Q: What technologies will you apply to autonomous driving?

CV: We filed our first patents for autonomous driving in 2009 because we saw that autonomous driving would be a big new area and started working on HD (high definition) maps that are needed to increase safety and comfort. We never lost sight of what we wanted to do as a company — we know everything happens in real time, so giving that to the driver — or the car — in real-time is important.

Q: What will be your business model in the autonomous car market?

CV: There are so many moving parts it is difficult to predict. Autonomous driving is such a complex area. It takes a lot of companies partnering together to solve that puzzle. What is sure is that we will provide a HD map service right into the vehicle. We are using state-of-the-art AI and computer vision to be able to process massive amounts of incoming, real-time data about the world.

Q: So far, the really big players in autonomous driving are coming from the U.S. and Asia. Can Europe produce global leaders in this space?

CV: I think we have a chance, if we pull together. It would be nice to have our own version of a Singularity University, with our own European vision of how we want our new world to build up and evolve. We have got the brains, the vision, the diversity — very important for innovation — the culture and the level of ambition here in Europe, but spread out. We need to pull together and work on a common vision and get the regulators to make it easier to build and innovate. We need to dream big and act quickly: we need Europe at the table, not on the menu.