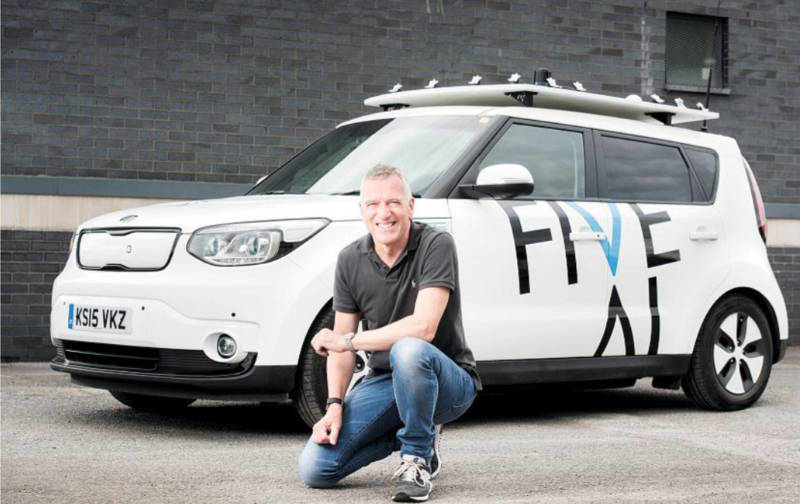 Can a European startup successfully build a global giant by developing a software platform for autonomous cars and launching a self-driving taxi fleet, a space in which Silicon Valley players clearly have a head start?

It’s a moon shot, but FiveAI CEO Stan Boland, who has built and led four European technology companies pur- chased for a total of over $1.5 billion by Chinese and American acquirers, is determined to do it.

for Boland, a scheduled speaker at Slush, a technology conference ta- king place in Helsinki Nov. 30 to Dec. 1. He wants FiveAI to become Europe’s equivalent of Uber, the glo- bal ride-sharing service.

Uber is far from being FiveAI’s only competition. Google, Baidu and major car companies are all entering the autonomous vehicle space. And startups gunning for the sector, such as Boston-based nuTonomy, are star- ting to gain some real traction.

That doesn’t faze Boland. “Europe is at least as good as the U.S. in raw science,” he says. “I believe it is possible to build something globally significant. There is a massive value in integrating all of the layers of technology and services together. We have to be brave enough to go all the way to a service offer and sell directly to consumers.”

Europe now has a new generation of managers who have already been through the experience of building successful companies and have no need to cash out early. And while the rounds are not nearly as big as they are in Silicon Valley, Europe now has investors ready to step up and fund great entrepreneurs to develop deep tech. FiveAI has so far raised $35 million. “We could have raised our money five times over,” says Boland, “It is quite encouraging.”

Building a robust system is not the hard part, says Boland. The key challenge will be attracting the right talent, since Europe’s best and brightest technologists go off to work for American companies. “We want to be a magnet for that talent in Europe,” he says.

In addition to venture capital financing, FiveAI has a $15 million grant from the UK government for StreetWise, a project with Transport for London and others to develop a self-driving car pilot for London that will reduce traffic congestion and free up parking spaces.

“If we can get a service up and running in London that solves the problem of autonomous driving, reduces congestion and people grow to love it, it will be easy to move the service into other European cities like Paris, Berlin and Amsterdam,” Boland says. “The opportunity is massive.” Europe needs to have its own autonomous car players, he adds. “This is a holy mission we are trying to pursue. There are loads of hazards and it will be difficult, but I believe we can build a company that will be significant on a global scale in true Silicon Valley-style that doesn’t have to sell out early.”