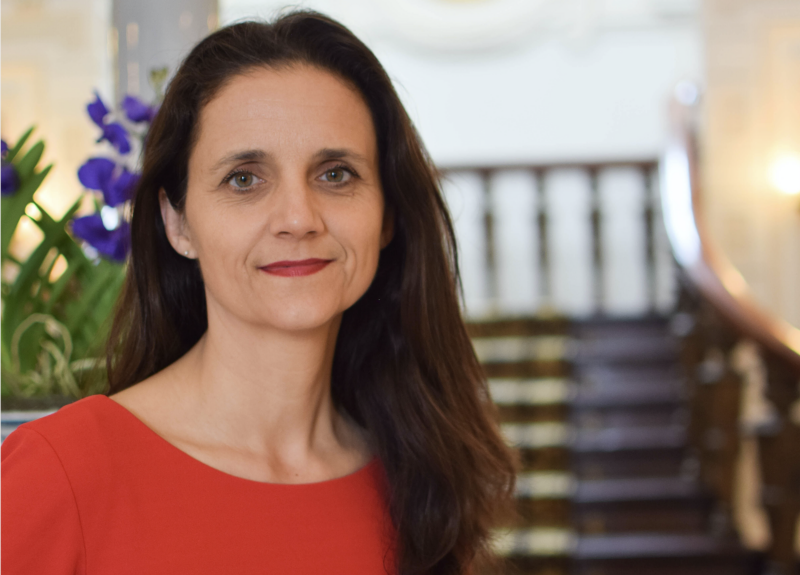 Photanol, a 2019 World Economic Forum Technology Pioneer, is developing a way to turn carbon dioxide into chemicals with sunlight. The aim is to provide a sustainable alternative for petroleum-based and sugar-derived products while reducing the amount of CO2 in the atmosphere. The Dutch scale-up is in talks with potential clients such as L’Oreal, Danone and Ecover about using its technology to replace lactic acids in creams and shampoos, to make biodegradable yogurt containers and to produce bio-based detergents, says Photanol CEO Veronique de Bruijn. Eventually the same technology could be used to make biofuels, she says.

Photanol’s technology and patents are based on the genetic modification of cyanobacteria to produce a broad range of biochemicals. These bacteria are natural photo synthesizers, drawing energy from sunlight and carbon from CO2. Cyanobacteria offer a much simpler, renewable pathway for chemical production, and have the potential to emerge as the sustainable production platform for next-generation clean chemicals, says de Bruijn.

The startup is jointly producing the biomaterials with Nouryon, the name given to AkzoNobel Specialty Chemicals after it was acquired in 2018 by The Carlyle Group and GIC. Photanol plans to prove its compounds can be suitable substitutes for a wide variety of petroleum-based and plant-derived products by next year and fully ramp up production by 2024, says de Bruijin, an engineer and former venture capitalist.

Photanol says its compounds are a good replacement for both plastics and plant-based substitutes such as beet or corn sugars as the production of its compounds use up to 40 times less land than plants and need 10,000 times less water.

While Photanol has the technical capability to produce biofuels from CO2 and sunlight it is not yet economically feasible as it requires building immense large scale production facilities, a cost that would impact the price of the biofuel, de Brujin says. That is why it is first targeting other chemical compounds which do make economic sense.

The company, which is preparing to raise a new round of financing, has to date raised €12 million from venture capital firms and strategic partners and several million euros in market matching grants from the European Commission.