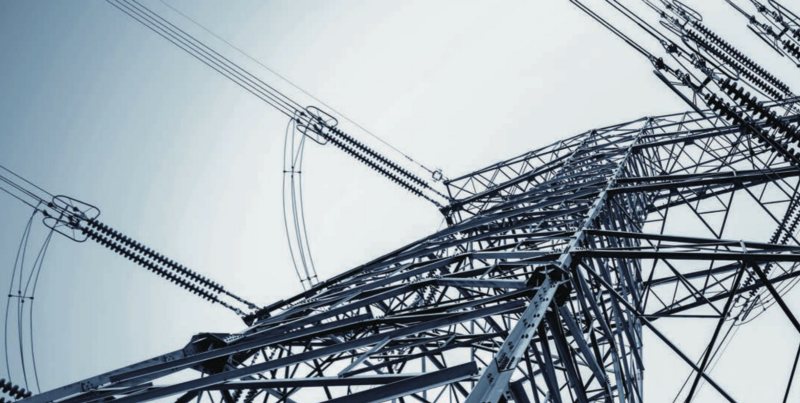 The future of the 135-year-old electricity sector is in the balance. To be more efficient, greener and more profitable, the energy industry needs to ensure that equilibrium exists between supply and demand at all times. Artificial intelligence looks poised to help with that and more. “At every step of the value chain, from power generation to end consumers, opportunities for machine learning, robotics and decision-making automation exist that could help electric utilities better predict supply-and-demand, balance the grid in real-time, reduce down-time, maximize yield and improve end-users’ experience,” says a June McKinsey report entitled “Artificial Intelligence: The Next Digital Frontier?”

The report says AI’s application to the electricity sector is expected to:

Today the power that utilities generate or buy to service a region depends on a rough estimate made 24 hours in advance, based in part on weather forecasts. The process is outdated, particularly now that the use of intermittent renewable power sources is increasing and that individuals, businesses, and municipalities are becoming small-scale energy producers themselves by way of solar panels and individual storage units connected to the grid. The increasing deployment of renewable energy sources has introduced significant volatility in energy supply, with variations of up to 60%, according to the McKinsey report. Demand also fluctuates dramatically and frequently depending on the time and by region. An inaccurate load forecast in the power grid can affect many stakeholders as transmission grids assign resources based on power transmission requirements and electricity retailers calculate energy prices based on estimated demand.

AI’s potential “to make more accurate short-term load forecasts in order to adjust supply to meet anticipated demand can deliver enormous savings, reduce waste and emissions and add to system resilience,” says the McKinseyreport. DeepMind, an AI company purchased by Google in 2014, says it is currently collaborating with the National Grid in the United Kingdomto use its AI to predict supply and demand variations based on weather- related variables and external inputs such as smart meters. “There is a huge potential for predictive machine learning technology to help energy systems reduce their environmental impact,” DeepMind said in a statement earlier this year. “One really interesting possibility is where we could help the National Grid maximize the use of renewables.” DeepMind has also said publicly that it believes it could help the UK’s National Grid save 10% of the country’s energy usage without any new infrastructure, just through optimization. Its AI technology has already shown promise in slashing costs. Google’s data centers consume a measurable percentage of the world’s energy. So, it asked DeepMind to train algorithms to more accurately predict future cooling requirements, reducing the power usage of the cooling system by 40%, netting a 15% reduction in electricity consumption and a considerable savings for the Silicon Valley search giant.

Saving energy and lowering costs are not the only benefits AI might bring.More reliable forecasts could allow utilities to avoid building new plants to deal with variability, the McKinsey report says.

How Grids Could Get Smarter

Grid modernization and smart-meter deployments are already underway in many countries, aimed at creating a more dynamic matching of supply and demand, enabling the use of AI to better predict and optimize load dispatch, the report says. Such smart-grid initiatives allow small, private energy producers, including individual homeowners, to sell excess capacity back to the grid.

AI could also help utilities assess the reliability of new small supply players,such as households, by predicting the lifetime of their storage units and their suitability for integration in a power storage scheme, according to the report. This would enable a future in which the grid could become a marketplace where grid operators bid on power offered for sale by a large number of small players with electricity sources such as electric-car batteries or rooftop solar cells.

With AI, power providers could maximize their generation efficiency with real-time adjustments. For example, machine learning can help optimize wind turbines’ yield based on their own past performance, real-time communication with other wind farms, the grid status and changes in wind speed and direction, says the report. GE Renewables is optimizing yields with machine learning applied to turbine sensor data and modular turbines that can be customized at each site. GE says the technology could boost a wind farm’s energy production by as much as 20% and create $100 million in extra value over the lifetime of a 100-megawatt farm. Machine learning could also be instrumental in reducing energy losses in transmission and distribution. It can look across a customer site and make intelligent, real-time decisions on how to use air conditioning and refrigeration systems as well as solar panels and batteries. Upside Energy, a UK startup, received a government grant earlier this year to use AI to manage a portfolio of batteries and other strategic assets and provide real-time energy reserves to the grid.

Potential uses of AI by electric utilities don’t stop there. In the future drones and insect size-robots will identify defects, predict failures and inspect assets such as turbines without interrupting production or endangering human workers, says the McKinsey report.

It also predicts utilities will be able to eliminate most of their technicians and those who remain will spend more time on problem solving. The field workforce will receive real-time updates to decrease response times and reduce the impact of outages. AI will help thwart electricity theft by analyzing customer data, including usage patterns and payment history and compare it to known irregular behavior. Utility companies that use all of these AI apps — including inspection automation, preventive maintenance, demand management and theft detection — could raise their operational profit by20% to 30%, says the McKinsey report.

AI will also have an impact on customer service. Virtual agents will automate call centers and segment consumers based on service history. Machine learning will offer early warning alerts on bad debts. It will also allow electric companies to identify their most valuable customers and use AIto create custom benefits such as low rates or extra services for them.

In short, the technology is set to impact every part of an electric utility’s operations. If experts are right, AI could end up being among its most powerful assets.