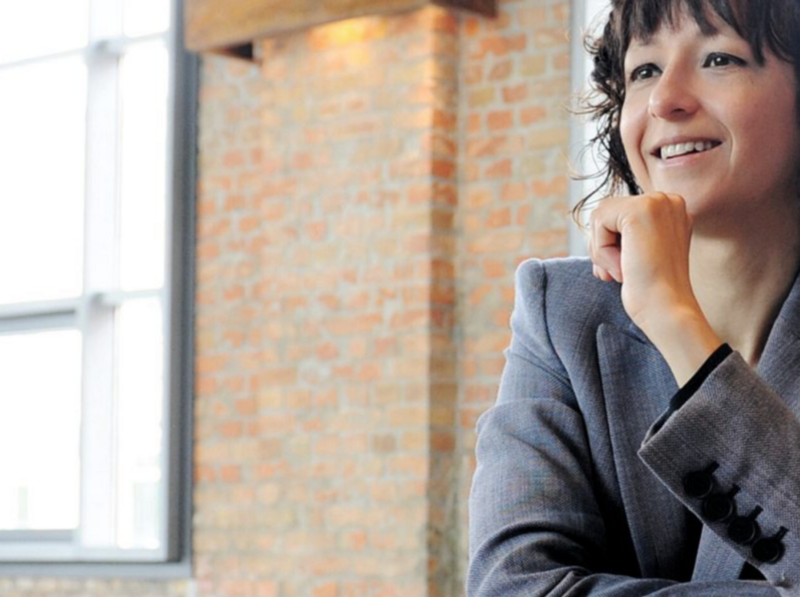 The discovery of CRISPR/Cas9 is revolutionizing life sciences research and is opening whole new opportunities in biomedical gene therapies, with a huge potential impact on the future of human health and on food production. Emmanuelle Charpentier, a French national and a director at the Max Planck Institute for Infection Biology in Berlin, Germany, is the inventor and co-owner of the fundamental intellectual property comprising the CRISPR- Cas9 technology and is co-founder of CRISPR Therapeutics and ERS Genomics, two companies that she created, together with Rodger Novak and Shaun Foy, to develop the CRISPR-Cas9 genome engineering technology for biotechnological and biomedical applications.Charpentier has been awarded over 60 different honors and her scientific contributions have been featured in TIME magazine (2016 short list for Person of the Year), Vanity Fair (2016 list of The New Establishment; 2014 and 2015 list of the 50 most influential French people), Foreign Policy (2014 list of 100 Leading Global thinkers), and many others. She recently agreed to an interview with The Innovator.

Q: Can you explain in layman’s terms how CRISPR/Cas9 improves on previous gene-editing tools?

EC: One of the greatest hopes of modern gene technology is the fight against serious genetic diseases. In order to push research in this field forward more efficiently, the CRISPR- Cas9 technology is a very promising tool. CRISPR-Cas9 works much like a text editing software: It can edit or correct typos in your document. i.e. your DNA. It functions as target-seeking molecular scissors, kind of like a Swiss army knife, that can be used to introduce a variety of changes into the genome of any cell or organism. Compared to previous gene-editing technologies, CRISPR-Cas9 is extremely versatile, easy to use and inexpensive to develop, tailor and apply. Furthermore, multiple mutations can be introduced at the same time byusing multiple guide RNAs, helping to design complex disease models that would otherwise require lengthy procedures and complicated strategies.CRISPR/Cas9 shows promise for treating everything from cancer to Type 2 diabetes and malaria, and trials have already begun on humans.

Q: Is there a real chance it could completely eradicate certain diseases?

EC: The potential of the CRISPR- Cas9 technology is very promising for the development of therapeutic measures against serious genetic diseases, for example cancer, HIV infection or sickle cell anaemia, among others. For the latter, CRISPR Therapeutics, the company I co-founded with Rodger Novak, has recently filed an application for clinical trials here in Europe — so yes, there is hope that certain diseases may be treated effectively in the future. Nevertheless, we need to be aware of the fact that the biological mechanisms of diseases all work differently. Furthermore, it takes a lot of time and understanding to elucidate those mechanisms before one can actually think about applying genetic therapies to treat diseases on human beings.

Q: At least one study showed there could be unintended mutations when you dice and splice the human genome. To what extent is this fear and ethical issues around gene editing, such as the creation of “designer babies,” holding CRISPR- Cas9 back?

EC: It is true that unintended mutations were found with certain CRISPR-Cas9 applications. But they are quite rare and easy to identify. Obviously, the goal is to avoid unwanted off-target effects, especially since the consequences can be very serious in the medical field. Therefore, the scientific community is working hard to develop CRISPR-Cas molecular tools further to improve their accuracy.

Q: In your opinion is there a need for legal and regulatory authorities to step in and come up with guidelines for balancing the interests of human life with research, and avoid any possible large-scale negative implications for future generations? How should such rules be devised globally and who should have a say?

EC: CRISPR is a very powerful tool, and as such the technology has also attracted private interest, both in the field of agriculture and also in what we call human enhancement. I strongly believe that there is a need for more discussions and international regulations about the potential risks of CRISPR-Cas9 as a gene-editing technology. After all, we also bear a certain responsibility as scientists: We need to make sure that appropriate safety and efficacy measures for any potential therapy that involves patients are taken and that any use of the technology that is ethically questionable is prohibited. In this regard, we can currently witness a very lively discussion about using CRISPR-Cas9 in human germlines (the process by which the genome of an individual is edited in such a way that the change is heritable). In my opinion, this is problematic and we need clear regulations on an international level. But I also believe that research on human embryotic cells may benefit the understanding of early development in life. This, in turn, could help elucidate the mechanisms underlying the development of certain diseases. To resolve these ethically questionable issues, we need a broad and global debate involving all stakeholders, ranging from scientists in disciplines as diverse as agriculture and biomedicine to policy makers, physicians, researchers and developers. This is instrumental to ensure that we are able to prevent abuse of the technology without restricting and hindering research and development in the safe and beneficial applications. There definitely needs to be joint global initiatives and guidelines to ensure that the safe and ethical uses of technologies are promoted and the unethical or harmful applications are prevented, even if this is not an easy endeavor.

Q: Your co-discoverer, the American scientist Jennifer Doudna, has said publicly that the first real significant impact of CRISPR-Cas9 could be in agriculture. How might CRISPR-Cas9 specifically help the global food crisis?

EC: We are currently facing imminent problems on a global scale, among these a rapidly growing population, climate change and world hunger and we are in need of fast solutions to secure the food chain. Scientists are using the CRISPR-Cas9 gene- editing technology in crop engineering, because it can reduce the problems that appear randomly through conventional breeding. This, in turn, means time and cost savings but also more security. Also, it is possible to breed plants that are less receptive to parasites and fungi and more resistant against climate change.Analysts say regulations for transgenic and gene-edited crops, especially in European countries, represent a challenge for companies and scientists and have significantly impacted the commercialization process of crops modified by CRISPR-Cas9.

Q: How should concerns over genetically modified crops be balanced with demands to ramp up food production?

EC: There are substantial discussions in Europe about whether plants edited with the CRISPR-Cas9 technology can actually be defined as genetically modified organisms (GMOs). Many argue that they are not because the changes induced are in fact so tiny that they cannot be distinguished from natural mutations or conventional breeding practices. Voices against CRISPR, of course, say that any editing of genes is a potential risk. The EU Court of Justice wants to decide this year on how to regulate CRISPR- edited crops, and I believe that we should wait for that decision before plans about increased food production are made in detail.

EC: Casebia is a 50–50 joint venture between Bayer and CRISPR Therapeutics. It is fully funded by Bayer with $370 million, and CRISPR Therapeutics contributes intellectual property for three therapeutic areas: cardiology, ophthalmology and specific hematologic indications. This year, we expect Casebia to provide an update on the progress in their programs.

Q: A recent study by Frost & Sullivan research firm estimated the revenue potential from CRISPR-Cas9 tools at around $25 billion-$30 billion by 2030, including human therapeutics, agriculture and plant genomics, animal biotech, and research tools. So it is not surprising that big pharma companies such as Bayer, Novartis and others are investing in the technology. To what extent are the current patent disputes acting as a brake on development? How soon might they be settled?

EC: My work and that of my colleagues is recognized as foundational for the CRISPR-Cas9 field throughout the entire scientific community and I am very happy that it is well appreciated by both them and the general public. I do not comment on the patent process except to note that we are pursuing our own application, which was filed substantially earlier. While that will take some time to resolve, we will continue to focus on our science and the important developments on the path to transforming CRISPR-Cas9 into novel therapeutic options for patients suffering from serious diseases.

Q: What breakthroughs connected to CRISPR/Cas9 can we expect in 2018 ?

EC: In 2018, CRISPR Therapeutics anticipates a landmark year in drug development, beginning with the first clinical trial of a CRISPR-based therapeutic: CTX001 in beta- thalassemia (a group of inherited blood disorders). The company is also going to file an Investigational New Drug Application for the same candidate in sickle cell disease in the United States and anticipates beginning that study in 2018. There will be the associated milestones with these events, including the first patients treated. Further, CRISPR Therapeutics anticipates a big year in immuno-oncology programs with the filing of an Investigational New Drug Application on their first allogeneic CAR-T cell therapy, CTX101 in CD19+ malignancies.