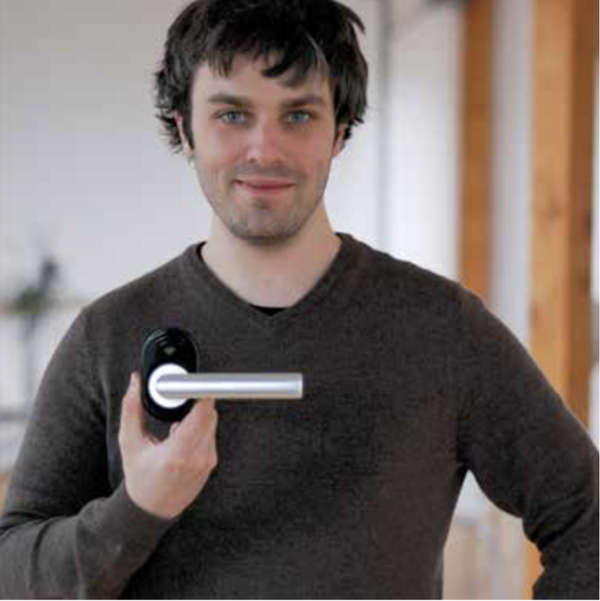 For some established companies platform business models represent a door to the future.

For at least two European companies it’s literally the case. Germany’s Hormann Group, the world’s fourth largest door maker, and Schorghuber, a maker of security doors, are among the first established companies to join an artificial intelligence-powered platform that acts as a central nervous system for office buildings. The goal? Reduce the amount of under-utilized office space by collecting data that allows businesses to make better use of their resources.

The platform was first launched by 1aim, a Berlin-based company founded by two entrepreneurs with backgrounds in software engineering, mechanical engineering and electronics. The two started out by devising an access control system for offices that would allow any door to be opened by any type of mobile phone but remain highly secure. After shipping their first door access control products they discovered a much larger potential: Companies were struggling to understand how to best use their office space and were unhappy with their employees’ poor workspace experience. So, the two decided to develop technology to track, monitor and analyze how businesses use their real estate — in part through information collected by the door access control system — and sell the data it collects as a service. “Until we came along there was no means to connect the physical to the digital world,” says Friehe. “You can use software to book a meeting room but if no one comes after 15 minutes there is no way to alert the company that the space is empty.”

1aim found it difficult to penetrate the global commercial real estate market on its own. That’s where partnerships with companies like Hormann Group come in. “In order to deploy our software on a large scale it made sense to digitalize existing products,” says Friehe.

Introducing Manufacturers To A Software-As-A-Service Model

1aim’s strategy is to approach one market leader from each segment: one door maker, one security door maker, one door handle manufacturer, one maker of intercoms, etc. Partners take a stake in 1aim so they have a real interest in the company’s success, and make a 10-year commitment.

Through its platform 1aim allows these manufacturers to generate subscription-based software-as-a-service revenue. “We are helping them make the change away from hardware to a more software driven approach,” Friehe says. “We want to work with such companies to show them how much potential there is to leverage.”

Providers of products like doors “realize that digitalization is happening and they want to shift to modern approaches by applying an additional service layer,” says Friehe. “The problem is that even if they have a strong customer base they don’t work directly with clients but rather through a network of partners, usually small shops. The further manufacturers are from customers the more they will remain old-fashioned companies.”

The platform also aids 1aim. “We don’t want to build doors or door handles,” says Friehe. “Our partners invest in our company, we digitize their products, and we share the profits from the software-as-a-service business. It’s a win-win approach.”