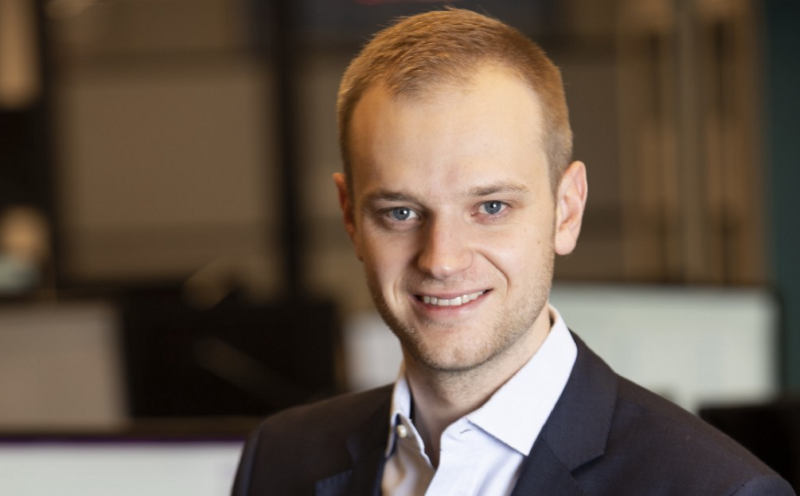 Celonis has developed technology to analyze data generated by companies to bring greater efficiencies to operations ranging from their supply chains to customer service. The company is helping partners such as Uber, L’Oreal, Vodafone, and ExxonMobil with their digital transformation efforts using its data-intensive service dubbed “process mining technology.”

The startup is an example of how data and innovation in such back-end services such as supply chains, procurement and IT systems are becoming critical to developing innovative approaches in markets that are increasingly digitized.

“Overall, it’s early in terms of these companies taking advantage of this information,” said Celonis co-founder and CEO Alexander Rinke. “There is so much data they can use and many of them struggle with knowing where to start.”

Founded in 2011, Celonis is based in Munich, Germany. Rinke started the company with two of his classmates from the Technical University of Munich. Initially, they were looking at the question of poor customer service, and why companies were struggling to improve in this area.

What quickly became apparent, as they dug into these systems, is that these companies were operating across several different IT systems. As customer tickets moved through the company, they were handed back and forth between different systems, where they often lingered withoy responses and were hard to track.

Celonis initially developed a system that mined the data created each time someone logged one of these tickets as it moved through the systems. It then used the information to create a centralized platform that created a single view. The result now is that today the Celonis platform allows a company like Uber to process a customer complaint in real-time, or at least offer some kind of immediate response.

“They really have to improve their customer service,” says Rinke. “There are so many competitors out there threatening them. The reason a company like Amazon is so great is not because of its website. One could argue that their website isn’t that great. No, Amazon is great because of all these back-end processes.”

Not long after launching the platfrom, Celonis landed a deal with Siemens. In this case, Siemens wanted greater visibility into its procurement processes. Rinke says while that deal began in one sector of the business, eventually its platform has been rolled out to other sections of Siemens businesses that were data challenged.

“At the beginning, we were focused on customer service,” he says. “Since then, we’ve added more information to make companies more intelligent and more productive.”

With German e-commerce leader Zalando, the company’s platform helps track the customer experience side. The company wants to know: How are customers buying things? Celonis can track the process of someone arriving at the website, how they navigate, and what steps lead to a purchase or leaving without buying something.

For BMW, the company helps the automotive maker get more intelligence from its manufacturing operations. Often such relationships start in one sector of a company’s business, and then spread to others, Rinke says.

While such opportunities have been discussed for years, the potential benefits of data still elude many companies. In a study Celonis released recently, the company found that enterprises are coming under enormous pressure to reinvent their businesses for the digital age. But while many crave the promised benefits such as improved productivity and new business models, the study found that about 45% of C-suite executives weren’t sure where or how to get started. And almost as many believed that whatever efforts had been undertaken had large been wasted.

A big part of the issue is that those leaders are too far from the front lines, and lack insight and understanding into how their companies operate on a day-to-day basis, Rinke said. Those who design the digital transformation strategy, and those who have to carry them out, are so disconnected that it’s no surprise such programs flounder.

Rinke says their platform offers greater transparency for people at all levels, in part to bridge that divide and bring greater harmony through a company’s digital transformation strategies.

The company has now raised $77.5 million in venture capital, including a round of $50 million last year that made it one of Europe’s latest unicorns. Celonis has 700 employees, and continues to expand and hire at a ferocious pace.

Despite that momentum, Rinke says the potential for better use of data to transform businesses remains immense. Part of the challenge for Celonis going forward is to bring even more automation into this system by letting the data insights flow directly back into the platform to make the necessary adjustments and improvements without human intervention.

“The problem is that people look at data as a machine for engineering insight,” he says. “And not as a machine for infusing intelligence into the system. People try to analyze or make better decisions with that data, but there is a limit to how much a human can process. So you need the applications infused with intelligence, to the point where the human doesn’t even see it. That’s where organizations need to go with their digital transformation.”