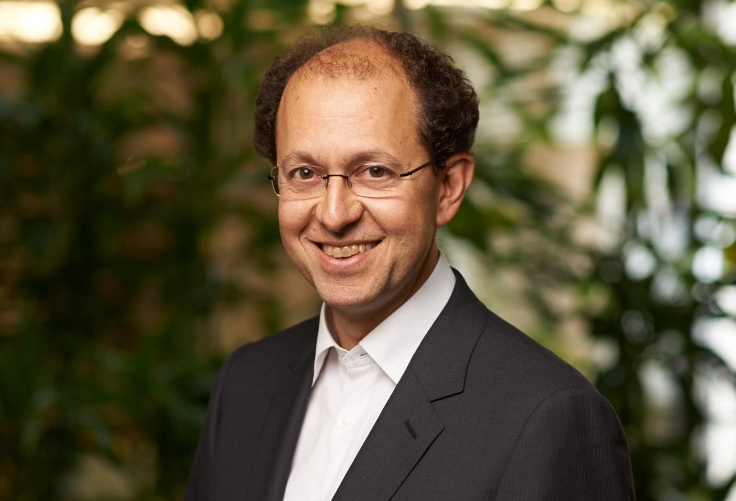 Antoine Gourévitch leads Boston Consulting Group’s R&D activities globally as well as its digital and data platform business. Since joining BCG in 1995 Gourévitch has worked extensively with companies in the automotive, financial services and tech industries, on issues related to digital and information technology. He has deep experience in transforming companies to be able to compete in a digital age. Gourévitch recently spoke to The Innovator about the impact of DeepTech on innovation and corporate R &D. The interview coincided with the recent release of a report by BCG and the Hello Tomorrow conference, an event dedicated to DeepTech.

Q : What is DeepTech and why is it on the rise globally ?

AG : DeepTech startups are usually led by those coming from academic backgrounds, labs or other places where people are able to design innovations based on hard core technologies, such as electronics, advanced materials, artificial intelligence or blockchain. A good example of this is Devialet, a French company that found a way to blend the best of analog and digital audio to make one of the best sound amplifiers in the world. Another relevant example is a French biotech firm called Cellectis. It is currently working on designing a cancer treatment based on CAR T-Cells. Generally speaking, DeepTech startups are using real tech to address real business problems. What is interesting is that financing for these startups has increased by more than 22% per year since 2015. We are entering an era in which it is easier for startups to develop DeepTech. In the past only large companies could provide the adequate funds to finance a team of researchers to work on genomes or sound tech or battery technology, but today a more open IP environment has broken down the barriers and opened up more opportunities for cutting edge research as have ease of access to information and data ; progress in machine learning and AI ; an increase in computing power ; the decreasing cost of hardware ; easier access to 3D printing ; gene sequencing and gene-editing-as-a-service and open innovation. As a result the cost of producing a DeepTech prototype is now around $1 million, which is a significant but not an overly-ambitious amount.This means that plenty of small new small tech companies are able to provide innovation at a much cheaper price. Take the example of Mobileye [an Israeli company specialized in chip technology for lidar, a remote sensing technology that is key to the development of autonomous vehicles, purchased by Intel for $15 billion]. Who could have ever imagine that a small company spun out of Israel’s Technion would be able to design chips to enable lidar ?

Q : What are the implications for large companies ?

AG : There are several implications. The first is an erosion of their competitive advantage, because innovation can now be done faster and cheaper by both startups and by countries. The U.S. is still the leader of the pack as a DeepTech hub but China is on track to create a whole new set of technologies that have the potential to wipe out what Europe has taken decades to develop. The combustion engine is an interesting example. It was a barrier to entry because auto companies have capitalized on improving the technology over many years. Today , with the introduction of electric and autonomous vehicles, that advantage has diminished and now there is a more level playing field.

Q : How will this impact Europe’s ability to compete ?

AG : I am a bit worried about the position of the EU and large industrial conglomerates, and their ability to compete with China and the U.S. in areas such as battery technologies, key chip components and cloud computing technologies.

Q : Should this serve as an incentive for European corporates to work more closely with DeepTech startups?

AG : It already is. Corporate venture capital funds are working more closely with DeepTechs. For example, Renault- Nissan has said it will invest € 100 million in new technologies and one of their latest investments is in battery technology. Renault-Nissan is also integrating Devialet technology into their cars as a unique selling proposition. Similarly, Pfizer is working with Cellectis.

Q : What is your advice to big corporates that want to work more closely with DeepTechs?

AG : Firstly, it is important to dedicate a small team to do good scouting ; secondly go and buy or invest in a few of these companies and then, if it turns out to be interesting, it will be easier for you to introduce them internally. What doesn’t work well is suddenly proposing to make a DeepTech’s technology part of a large corporate’s product. When you have a good intermediary who knows how the company works, it is easier to smoothly introduce an integration. The key issues for most DeepTechs is whether they have the right business skills and the right access to market. That is where big corporates come in. Teaming is a win-win for everyone. We are at the dawn of a real revolution. What we will see is more collaboration between large corporations and DeepTechs. They will innovate together and this approach will increasingly replace purely internal R&D.