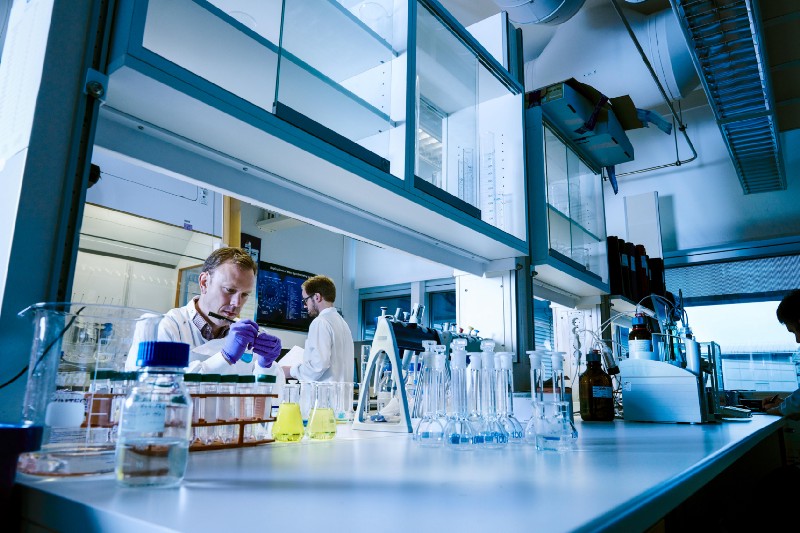 Corporations in just about every industry are struggling with how to innovate. Culture clash with startups, a not-invented-here attitude and fear of anything that might change traditional business models and impact quarterly results are some of the reasons why large, incumbent firms rarely introduce radical product innovations. The phenomenon is sometimes referred to as “the incumbent’s curse.” And the pharmaceutical industry, and life science in general, face additional challenges due to complex and uncertain development processes, regulatory issues, long lead times, large investments, huge financial risks, and high failure rates.

So when Magnus Björsne, a senior executive at global drug maker AstraZeneca, was first asked to develop a program in Sweden that would help the company connect with entrepreneurs he refused, for these reasons and more.

“Innovation is to some extent at odds with traditional business development,” say Björsne. “You cannot anticipate the outcome. If you cannot predict the outcome you can’t generate a business case and anything you don’t understand or predict will never be subject to an investment. So how do you embark on disruption?”

Björsne eventually agreed to take on the challenge, providing he could have free rein to develop it. He hit on a novel approach: set up a separate legal entity, place it in the middle of the AstraZeneca Gothenburg campus, encourage close collaboration between salaried employees and entrepreneurs from the hub with no strings attached on either side, and take away all financial pressure by securing funding from local government to make the project cost neutral for the drug maker, allowing space for experimentation and failure.

One-third of the cost of running BioVentureHub, the initiative he started in 2014, is paid by the Swedish Innovation Agency (Vinnova), the regional government of western Sweden and the city of Gothenburg, who collectively have invested 19.6 million krona (€1.91 million). A third is paid by Carl Bennet, principal shareholder and chairman of the global medtech company Getinge. Astra-Zeneca’s contribution is to offer 20 million krona (€2 million) of in-kind services and facilities.

The approach, “a macro-inclusive means of innovation that can serve as an example for the rest of the world,” is paying big dividends for the company and the government, says Björsne, BioVentureHub’s CEO.

“Sweden is an innovative nation,” he says. “We have strong biotech, diagnostics, medtech and pharmaceutical companies and strong digital players, like Spotify and Skype, but they operate in silos. The idea was to catalyze innovation across these different industries and in doing so strengthen the entire ecosystem.”

The links between industries helps AstraZeneca, in turn, with its goal of forging partnerships with young companies working on emerging communications and sensor technologies, to prepare for a shift in the health sector away from stand-alone products (i.e. medicines) to outcomes. Rather than paying for drugs, in future patients will pay to stay well, says Björsne. So, the pharmaceutical industry is preparing for a shift to this “pay-per-performance” model, which is expected to include digital monitoring of a patient’s health, allowing doctors to view the impact of specific doses of medicine on their patients in real-time and make adjustments accordingly.

There are other, more intangible, benefits. “In the short term, economic growth and transactional value extraction were the least important outcomes of the AZ BioVentureHub,” notes a Swedish School of Economics business case study of BioVentureHub. “What was more evident was how the employees’ engagement in open innovation resulted in a more open and dynamic climate — a better place for the employees to develop their skills and relationships. The openness linked to the establishment of AZ BioVentureHub also positively influenced the organizational image and identity for AstraZeneca, internally and externally.”

The robotics division of Swiss-Swedish multinational ABB has copied the model and other companies, such as automaker Volvo, and Holland’s AkzoNobel, a multinational chemical company, have been in discussions with BioVentureHub about how they might adapt the model to their own businesses, says Björsne.

Preparing For The Shift To Digital Health Services

Nestled in the heart of the Gothenburg campus, the BioVentureHub, which has filled a 2,400 square meter, three-story building and is now spilling over into other campus facilities, is designed for emerging biotech and medtech companies and academic groups. It offers a unique opportunity to co-locate and interact with 2,500 AstraZeneca professionals, as well as with each other. “The hub sits as centrally as possible on this R&D site,” says Björsne. “They have the same access to the entire site that I have. They can even walk into our labs.”

There is no requirement that the young companies in the hub target the drug maker’s strategic areas of focus. “There is no alignment with our product strategy and the companies in the hub because it is easier to help a company that is not a potential competitor,” says Björsne. “We are looking for things that are synergistic.” To be admitted in the program companies have to already have a certain level of maturity and funding.

Hub participants pay a modest rent, which is cheaper than what university incubators typically charge, in exchange for office space and use of lab facilities. AstraZeneca has no rights to the young companies’ information or potential inventions or intellectual property — not even a first right of refusal, says Björsne.

Some 30+ young companies, from all over the world, have so far participated in the program, leading to a number of collaborations, “which probably never would have happened otherwise,” he says.

For example, together with a BioVentureHub company called MentorMate, a U.S.-based custom software development company, AstraZeneca has developed a system that aims to improve quality-of- life for patients with severe asthma. The digital patient-monitoring system collects up to 54 different in-body, on-body or external parameters that may impact the patient’s well-being and risk of an asthma attack. The project has already successfully completed an initial six-month data collection trial. The information generated is being used to build a database for future development of artificial intelligence-driven algorithms that could provide an individual risk forecast for patients, allowing them to make necessary adjustments to their behavior or environment to prevent a severe attack. Similar systems are also being developed through the hub collaboration between AstraZeneca and MentorMate, to collect data direct from patients on a daily basis in investigational clinical trials, with the aim of lowering the burden on the patient to participate, by reducing the number of physical visits to the clinic, and at the same time increasing the data quality.

Such collaborations help contribute to AstraZeneca’s digital transformation. The drug industry knows it has to change, says Björsne. “Today we sell hardware: a pill that is not desired by the customer. The customer wants to be well and the pill is a means to obtain that outcome. The payer model is about to change to a pay-per-performance model. That means we are about to change how we define what we value.”

Adding digital services and new technologies to what it develops requires that the company change the way it sources innovation.

The BioVentureHub’s approach to open innovation works well in Europe — and particularly in a country like Sweden — where there is a culture of trust and openness, he says. “In the U.S. companies would be worried that if they give young companies wrong advice they could be sued and in China both sides would worry that their intellectual property will be jeopardized,” he says.

That said, Björsne says he believes BioVentureHub’s brand of “deep, meaningful collaboration is the future of innovation.”