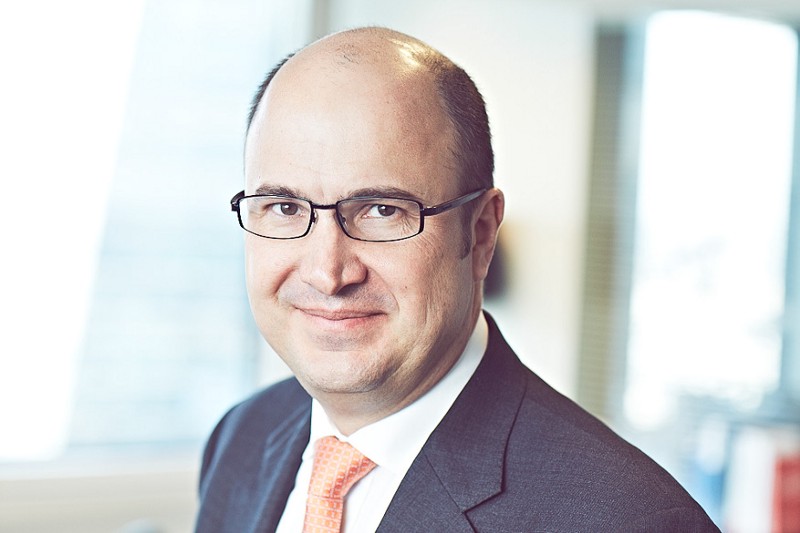 Didier Valet, served as Group Chief Financial Officer and Head of Corporate and Investment Banking at Société Générale before being named Deputy CEO during a period that required numerous transformations to the bank’s business model. He left the bank in March and is currently advising two companies: CVC Capital Partners and Bain & Company. Valet, a speaker during a Nov. 28 Paris event hosted by NextWorld Capital Partners that focused on the challenges big companies face when working with startups, recently agreed to speak to The Innovator about how banks are grappling with digital transformation.

Q: Traditional banks’ businesses are often developed in silos and the technology used not optimal for customer relationships. How did Société Générale deal with this issue?

DV: Indeed, it was not easy. In corporate and investment banking we progressively leveraged our Digital Office as the cornerstone of our expertise in user experience (UX) user interface (UI) and in artificial intelligence and machine learning (AI/ML,). We created a kind of software developer kit (SDK) to standardize what we were expecting from internal developers when they were designing application programming interfaces ( APIs) and we gradually increased the reach of our platform.

Still, these new developments were only a limited part of our ‘change the bank’ spending, as most of it was still dedicated to the improvement of the legacy and to regulatory projects. The difficulty as a bank is that regulators were quite creative during the last few years with strict and sometime unrealistic time tables which put an enormous pressure on the whole organization.

What was the most complicated was to identify the tipping point at which our Digital Office had won credibility with its first delivery, allowing us to move from a ‘pull’ approach — people using it were pioneers convinced by the revolution but sometimes not at the heart of the value chain — to a ‘push’ approach which forced people to use this new way of doing things at the heart of the value chain.

Q: Does it make sense for big banks to team with fintechs?

DV: As a complement to their internal transformation, it clearly makes sense for large banks to team with fintechs to go even faster, to improve client experience and to change the mindset of the organization.

Fintechs are providing solutions for large banks which are innovative, sometimes disruptive, and would have not been easy to build inside the company. As an example, when Boursorama first teamed up with Fiduceo, a banking aggregator, it gained time to market and after a couple of year of cooperation it led to its acquisition.

Fintechs are also improving client experience as they have no legacy and are using technology with a different mindset: they want to fix irritants and are not prisoners of the existing system. They get front-office/users, IT and Ops around the same table, a partnering which is just getting momentum in large organizations.

Lastly, having fintechs work with a large organization is a way to infuse this new approach into the large organization. When I forced my custody team to work with an innovative employee savings plan provider called Epsor I first got complaints that it it was biting into the IT budget but quite quickly it created enthusiasm to participate indirectly in a new adventure with a new approach.

Q: German fintech Fidor Bank’s announced divorce from BPCE Bank of France is a prime example of what can go wrong. Why, in your opinion, do so many acquisitions fail?

DV: It is very difficult for a large organization to buy and afterwards develop a fintech because fintechs are used to living in a world of more freedom where time is short and money is scarce.

Bain & Company and Raise have recently conducted a survey about relationships between startups and large groups (“David versus Goliath”). Startups are eager to work with large groups but 37% mention the slowness as an impediment to a proper cooperation, 18% cite complexity and 12% inertia. This is about commercial cooperation. I’ve seen an even higher percentage of dissatisfaction when a large company buys a fintech. Suddenly, compliance, legal, finance, IT security are asking improvements and changes to meet the large company’s standards. It is a loss of time and killing the fintech spirit. For example, Lumo, a crowdfunding platform recently acquired by Société Générale, had at the end of the acquisition process 60 Société Générale people in the loop asking questions while, on the otherside, Lumo had only four!

So, a solution we tried to implement on the business side was to incubate new initiatives outside the mainstream organization or at least to take a sandbox approach. This is how, for example, Moonshot Internet, an insurtech created by Société Générale Insurance. was built and is now growing.

Q: Why it is important to get top management directly involved in innovation strategy/projects?

DV: Top management involvement is key to driving change. Innovation is creating a lot of turbulence in big organizations. It changes the way of doing business, it sometimes creates uncertainty for the middle management, which feels less capable to lead this change, which has to go fast. The CEO has to create the framework for the transformation and usually create an innovation department evangelizing the proposed changes and setting the standards.

Also, in certain cases, this innovation journey could lead to long term bets for which no business’ stakeholders exist. In banking, if we assume being a trusted partner could lead to ancillary activities in health, for example, short term pressure on businesses will prevent existing units from taking the lead. That’s why an innovation department at the top of the organization is also useful to carry these types of investments.

Q: In your experience what is the best way to infuse innovation throughout an organization?

It is also important to segment innovation. Some innovations have to be rooted in the businesses because they have to be delivered on a relative short-term horizon with limited disruption while more long-term bets have to be overseen at a higher level.

Lastly, corporate venture or investment in VC funds permits screening of the startup ecosystem, leading to the adoption of new technology, partnerships or to acquisitions. And as already discussed, the capacity to offer fintechs a sandbox environment to leverage their know-how.

Q: What should a bank or any other company do to ensure that the company’s immune system does not reject or suppress change — especially when it threatens to cannibalize existing businesses?

DV: I will take the example of Boursorama. Boursorama, which was launched almost 10 years ago. decided to become a fully-fledged bank and to compete with traditional banks, including Société Générale and Crédit du Nord. To preserve it, first we decided that Boursorama would not report to the head of domestic retail banking at the time. In addition, Boursorama was also publicly-listed at the time. These were two factors that prevented the organization from killing or constraining Boursorama’s capacity to shake the whole market. It has allowed this ‘green shoot’ to become sufficiently strong to face competition even internally, and to become one major path for Société Générale’s growth with a target of more than two million clients by the end of next year and one of the industry’s highest Net Promoter Scores (NPS) [a way if gauging the customer’s overall satisfaction with a company’s product or service and the customer’s loyalty to the brand.].