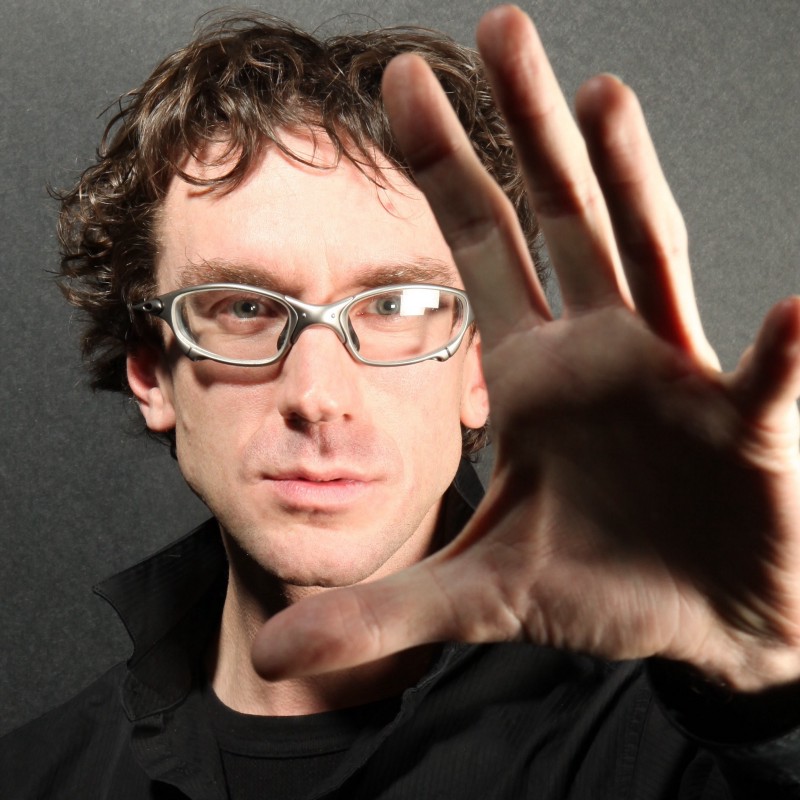 Pablos Holman is a hacker, inventor and futurist who works for former Microsoft Chief Technology Offier Nathan Myhrvold at the Intellectual Ventures Laboratory in the U.S. where a wide variety of futuristic invention projects are under way, including a fission reactor powered by nuclear waste; a machine to suppress hurricanes; a system to reverse global warming; and a device that can shoot mosquitoes out of the sky with lasers to help eradicate malaria. Holman was a member of the startup team at Blue Origin, Amazon founder Jeff Bezos’ spaceship project. And he is the founder of Bombsheller, which claims to be the world’s first fully-programmable clothes factory designed to deliver customized garments. He recently spoke to The Innovator about how corporates should think about innovation.

Why did you create Bombsheller ?

PH : Bombsheller is over five-and-a-half-years old. What we really set out to do is to re-imagine how you would create an apparel company if you started from scratch, without any of the baggage of the last 100+ years. We started the company with the aim of upending an entire industry. That is what disruption is but every time big companies ask how did this happen ? The reason is pretty formulaic. Old industries or institutions of any description have all developed an immune system and the job of immune systems is to suppress risk. The thing that looks like risk the most is change. This gives you an understanding of why these institutions suck at innovation.

The Silicon Valley perspective is we are not going to try and fix your business or industry. We are going to start from scratch and we are going to make a parellel industry using all the superpowers we get from our computers. Look at Uber. How many taxi companies could have made an iPhone app but didn’t ? We are at the same point with apparel. How many garment manufacturers could have developed what Bombsheller did ?.The answer is all of them. Bombsheller serves as a proof of concept for a modern virtually integrated manufacturing and on-demand e-commerce apparel company.

Zara, Forever 21 and H&M improved supply chain management and by doing so they could get product cycles down from nine months to nine weeks. It is called Fast Fashon –or in industral parlance — just in time — which means the fabric goes from the mill and shows up at the factory right on time instead of sitting in a warehouse . What Bombsheller does is to get nine weeks down to nine hours. We literally never make a product until someone clicks ‘buy now’ and tells us what color they want. Usually, within 24 hours it is on its way to you. That’s the model.

Q : What can companies in other businesses learn from this ?

PH : You may not care at all about apparel but you should consider this as a roadmap for technology-based disruption. If we have surgical robots and self-driving cars then we will have self-driving sewing machines that allow us to re-engineer the apparel industry. That is what we are trying to show people. You are not immune. Don’t fixate on sewing machinse because with the adoption of machine learning there will be something analogous in your industry and people you never heard of who have just dropped out of college will do an end-run around you. I use that as an example so people get a clear vision of what disruption looks like for an industry — the pieces of it and technology drivers that make that happen. Using this analogy they can start mapping it to their own industries and try and figure out how Silicon Valley will come after them.

Q : So what should companies be doing ?

PH : Innovate. That does not mean renting an office by the waterfront with a foosball table and hiring kids with Mohawks straight out of college. If you create that kind of innovation skunkworks and then ask the kids to fill out a three- inch high stack of paperwork in pencil and fax it to HR then you will have created a fake startup and you will have fake results. The fact is that innovation is anathema to what successful companies to do and what the CEO does, which is provide predictable, stable results quarter after quarter. Big companies are not going to be good at innovation so steer clear of this notion. Your job is not to be an innovator, your job is to have a relationship with innovators and innovation and there are different models for that. In the 1980s every big U.S. company’s R &D department had their butts kicked by two guys in a garage in Silicon Valley so they shut down those departments and replaced them with an M & A strategy : ‘we survey the ecosystem of startups, then we wait for them to spike and buy them up.’ That is one way of having a relationship with innovation.

The key point is you need to run a bunch of experiments and you won’t know what is going to work. That is the way Silicon Valley works. Every startup is an experiment. You find the ones that work and kill off the ones that don’t and this creates an ecosysystem that is much better than one company can create on their own . This is something that every industry needs to figure out for themselves.

You’ll want to party with startups sometimes, invest in them sometimes and take a front row seat on demo days. Look at the fintech market. I was recently speaking to an audience of executives from the banking industry and they were wondering what to do about the whole fintech startup scene. I told them every one of the fintechs is doing some part of your business better than you are and everyone of them needs a partner to pilot their product so go be that partner.