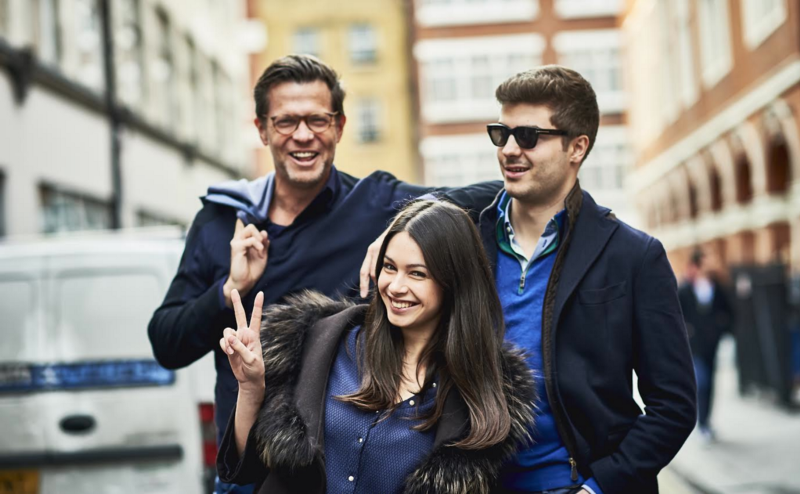 It is no secret that there is a backlash brewing against the way data privacy is handled by Silicon Valley companies. The Facebook/Cambridge Analytica scandal brought the issue front and center.

The firm is accused of using data it improperly obtained from Facebook to build voter profiles and influence the U.S. presidential election.

Europe is now taking the lead, enacting privacy-protection law in the form of GDPR, Europe’s new stricter data protection law that takes effect on May 25.

But there is also a movement afoot to use AI and blockchain technologies to safeguard data privacy in ways that could profoundly change the way the Internet and social networks operate and — in the opinion of some entrepreneurs, researchers and investors — better reflect European values.

“Our personal data is being used to create trillions of market cap by the ‘big guys’ like Facebook, Google and Amazon,” says the investor Anastasiya Belyaeva. “While sensible regulation is of course important, what’s perhaps even more important is a technology-native approach to protecting individual privacy and sovereignty.”

Belyaeva and her partners Richard Muirhead and Max Mersch are raising a London-based venture fund dedicated to investing in decentralized data networks that enable individuals to regain data ownership sovereignty, while powering a new level of technological experimentation and becoming the “data substrate” for artificial intelligence.

“We see decentralization and crypto as a way to move from ‘don’t be evil’ ” to ‘can’t be evil,’ ” says Belyaeva.

What decentralization allows is to have all the profiling data and tracking data stored locally, where the user owns it and can personally delete it at any point in time, she says. Only the network itself can programmatically access the data, and zero knowledge proofs or protocols like those being developed by a Berlin-based project called Ocean Protocol can be used to allow the use of
data — for monetization or training of AI algorithms — without giving away ownership or even seeing the data.

“Overall, we see this as the way for people to retain their right to manage their personal data in a sovereign manner at scale, while also benefiting from the AI-enhanced software services,” she says. “A swarm of devices connected by wireless broadband with this new self-sovereign data layer will be the substrate for AI-enhanced ‘human-centric computing.’ ”

Entrepreneurs in France are also developing technology to safeguard users’ privacy. For example, the AI expert Rand Hindi, CEO of Snips.ai and a scheduled speaker at Viva Technology, told The Innovator that he plans to commercialize an Amazon Alexa-like smart speaker by the end of next year that will process data locally instead of uploading it to the cloud. The French company is already working with automakers and other large companies that do not want U.S. tech giants to be the interface with their customers and collect their data. Meanwhile Qwant, a search engine developed five years ago in France, is engineered to respect privacy.

Fabric Ventures’ investments include Blockstack, which allows users to manage their digital identity and sign in to apps without giving away their identity, while projects like Orchid, another U.S. venture, allow deeper levels of censor/tamper-resistant security on the internet. The projects are actively seeking developers. And some of them are adding sweeteners. Blockstack, a global project headquartered in New York, announced in a May 10 blog posting that it will invest $1 million to “rewrite the fundamental basis of how we work.”

“No single entity should have unilateral say over how two billion people connect and communicate,” Blockstack said in its blog post. “The current centralized model of social networking has created a stranglehold on our collective consciousness, communication, and friend network. But we’re at an inflection point — a moment where people can reclaim control of the way they
network.”

Blockstack says it want the future of social networking to look like a constellation of decentralized applications that preserve digital rights, privacy and user choice. It would include a network of applications compatible with one another — that no single company owns — built on underlying protocols used for communication and data transmission.

Each developer or team that is accepted will receive $100,000 to build a social network using the Blockstack infrastructure. Teams will have the opportunity to present at future Blockstack Summits, and receive further support in the form of capital or mentorship.

Teams have the autonomy to build different features, or target broad or narrow audiences. They could, for example, build online networks for activists in authoritarian countries, or forums for people with a shared illness. And their apps could have completely new features, or take interface cues from Facebook or Twitter. They’ll just have to prove product market fit and show an ability to reach mass adoption, like Blockstack.

By building on top of an infrastructure like Blockstack’s, developers will have identity and storage baked into the underlying infrastructure, so they can focus on user experience and not passwords or storage. And since all users will own their identities, data, money and social graph, Blockstack promises they will have the freedom to adopt the very best of what these social networks have to offer.

Enough developers are interested in working on projects like Blockstack that Fabric Ventures is building Fabric House, a co-working space that intends to bring together founders and teams working on decentralized networks, to create an environment for collaboration and open-sourcing of knowledge in London. “Because teams in Europe are so distributed, many individual members end up working from coffee shops or from home in different corners of Europe,” says Belyaeva. “Our goal is to bring them together in one physical space, while also partnering with similar hubs in other cities, such as FullNode in Berlin.”

Grassroots efforts like Fabric House could dovetail nicely with the European Commission’s attempts to devise an EU policy on artificial intelligence.

“Given that machine intelligence and learning is driving access to large volumes of data, Europe’s practice of minimization and high data protection standards can be seen as a disadvantage against the likes of China, where personal data flows more freely,” says a report produced by the European Political Strategy Centre (EPSC), the European Commission’s in-house think tank. “But digital prosperity will have to go hand-in-hand with citizens’ well-being. This is where Europe can create a competitive edge for itself.”