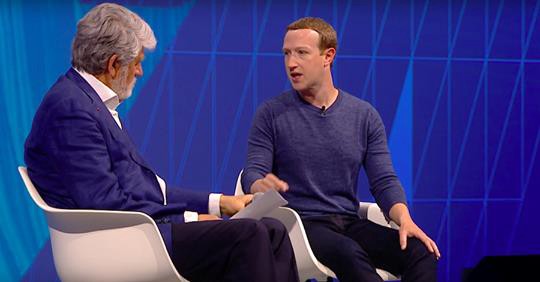 Vivatechnology, a May 24–26 Paris tech conference organized by Les Echos and Publicis, gathered Silicon Valley’s technorati and some 80,000 participants, including big corporates, startups and investors.

Here are some of the major takeaways:

Tech leaders, including Facebook’s Mark Zuckerberg, IBM’s Ginni Rommety and Google’s Eric Schmidt emphasized that AI will be imperative to solving complex problems in the future. Schmidt acknowledged that AI, in its present state, is not capable of doing things better than humans, but it can help them with useful insights and predict patterns to improve performance. Rometty emphasized that AI should augment, not replace humans.

So what should companies be doing to prepare?

“The fundamental question on employment is not how many jobs will be displaced, but rather what kinds of new skills do people have to develop to maintain employment in the age of AI,” says Vivatechnology speaker Jacques Bughin, a senior partner at McKinsey who co-authored a new report entitled “Automation and the future of the workforce”, which was released at the conference.

McKinsey studied how automation and AI will alter the skills needed by the workers of tomorrow. The consultancy identified 25 core workplace skills that people use in today’s jobs, and then forecasted how the need for these skills will evolve by 2030.

The upshot: the workers who will thrive in 2030 will not only need robust technological skills like coding, but will also need advanced social and emotional skills. The latter includes negotiating skills, communication skills to ensure changes are accepted by staff and the ability to empathize with others.

Such softer skills will be indispensable to coping with the inevitable challenges that will crop up when humans work alongside robots and AI.

Unsurprisingly, the need for physical labor will drop by 16% of total work hours in Western Europe, and the need for basic cognitive skills gleaned during high school will also fall by 17%.

Another of McKinsey’s findings was that changes will play out differently across sectors. Companies in high-tech sectors such are software, telecoms and media are more likely to spend to retrain and redeploy workers in the new areas of need. But labor-intensive manufacturers, retailers and banking are more likely to lay off workers because their jobs can be automated more easily. It will be up to companies, civil society groups and governments to ensure that laid off workers have access to retraining so they are not left out of the labor force permanently. The bifurcation of workers into high and low-value jobs, which has picked up pace in recent decades, will only be deepened by further automation.

“There needs to be an urgent upgrade to the skills of the workforce,” says Bughin. “The set of skills that people will need to thrive in the workplace is getting more sophisticated. The talent wars have already begun, and will only accentuate over time.”

Tech for good was a big theme at Vivatechnology this year. Panels at the conference looked at how tech could be used to help solve some of the world’s biggest challenges, including reducing or eliminating hunger and aiding refugees. There was also discussion about how big corporates can do well by doing good.

With the advance of AI, there is a massive need to train algorithms to perform routine human tasks, from driving cars to detecting diseased cells. Many of these tasks are visual, since much of the human brain is devoted to visual processing. Just as a child learns to visually perceive and classify objects and make decisions from the examples given by her caregivers, machines learn from large sets of similar training data created by humans.

Samasource’s human-in-the-loop training data is being used by technology teams working on AI and machine learning across industries. It creates complex data annotation using a combination of skilled workers and proprietary software. Its detailed image, video, and text annotations train algorithms to do everything from drive cars to predict crop yields and detect anomalies in human cells. Its customers include Walmart Labs, Microsoft, eBay, Marriott, TripAdvisor and Volkswagen

Samasource’s labor model pays living wages and supports low-income and disadvantaged workers in East Africa. It employs nearly 2,000 people and serving as a major force for poverty reduction and technology adoption in the region.

“Samasource is building a new future of work in which machines and humans work together to solve complex and often live-saving challenges, as in the case of disease detection and autonomous vehicles,” says Samasource CEO and founder Leila Janna, a speaker at Vivatechnology. “ Much as Africa has leapfrogged over traditional phone and power infrastructure, we are paving the way for a massive increase in digital work across the continent.”

Africa as the new tech frontier was another major theme at the conference. (See the story on The Innovator’s home page). Big corporates such as Sanofi, Vinci Energies and Orange are all engaging with startups in the region to source new business models and test cutting-edge technologies such as blockchain.

One of Vivatechnology’s main missions is to connect big corporates with startups from around the world. Many large companies used the conference as a platform to hold startup competitions. Examples include LVMH, Klépierre and JCDecaux .

For the third year in a row LVMH, the owner of Groupe Les Echos, The Innovator’s parent company, gives out an innovation award to a startup each year. Award finalists, 30 this year; 32 in 2017) are invited to showcase their technologies during the three days of the Paris conference. This year’s winner was Oyst, a Paris-based company that specializes in improving conversion rates in the e-commerce sector.

In association with Microsoft, Klépierre also developed a start-up challenge with three pitch contests to identify creative ideas, deploy them in its shopping malls and support the transformation of the retail industry.

And on May 24th, global outdoor advertising company JCDecaux awarded startup Nextérité, a collaborative platform providing real-time information on transit conditions, as winner of its “Open Data for new urban services” challenge, launched on March 6th. Five finalists had the opportunity to pitch their solutions on stage at VivaTech before the jury of data and smart-city experts chose Nextérité for the inventiveness of its solution and the ambition of its team to transform cities into more connected spaces.

At the conference JCDecaux unveiled its new Nurture program to the 8,000 startups attending. Nurture officially launched in France on May 15th. It targets fast-growing startups offeromg urban communication solutions .