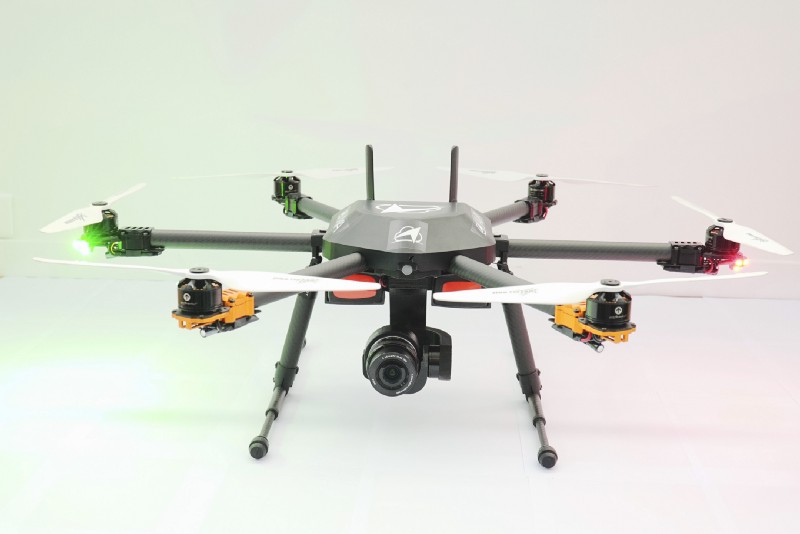 Uavia’s patented cloud control technology operates like an Internet for drones, allowing industrial companies such as global energy company Total to connect their drones and robots to the cloud with a single click. Once connected, one or multiple users can simultaneously access to raw aerial images or signals and Uavia’s platform can also turn them into insightful actionable data. Uses include crisis management, safety and security, routine and predictive maintenance, key asset supervision or 2D-3D cartography.

Uavia’s key differentiators include the fact that its technology can be used with any type of drone and works on different mobile IP networks. Once its technology is set up the drones not only become autonomous, they become intelligent, thanks to a layer of artificial intelligence added by the French start-up. Rather than have a surveillance program operated by outside suppliers, Uavia’s technology acts as an orchestration platform, allowing industrial players to control drones they rent or buy for their own specially designed surveillance missions 24/7 without the need for human supervision, explains Uavia’s Chief Business Officer, Pierre Vilpoux, an AI expert and early investor in the company, which is based in Vitry-sur-Seine, just outside of Paris.

“We provide the technology and management tools, after that it is up to our customers to operate it it in a way that maximizes efficiency gains for their particular use cases,” says Vilpoux.

The drones can be used to simply patrol and possibly detect anomalies, or to instantaneously react to alarms.

Uavia demonstrated its technology at VivaTechnology, a June 24–26 Paris technology conference jointly owned by Les Echos and Publicis. French Transporation Minister Elisabeth Borne (see the photo) and executives from Vinci Group and Air Liquide were among those who tested the technology on the Airbus and Megallen Consulting company stands. . (Uavia recently raised $2.5 million in venture capital in a round that included Airbus Ventures.)

The demo allowed participants to control a dashboard connected via the Internet to a surveillance drone at a distant “sensitive” site with restricted access. The demo showed how simple it is for companies to define the flight path of the drones, including prohibiting them to stray into certain unauthorized zones. Customers can also define a destination and a view point in single clicks, and the technology will, in real-time, decide how best to reach the objectives, depending of the context. Options included a night-vision view and zoom capability of the areas being surveyed.

In March 2015, the Uavia team demonstrated the extent of the potential of its technology by managing to pilot, from San Francisco, a drone located in Evry, France.

Uavia , which was founded in 2015 by three young French entrepreneurs, Clément Christomanos, Luc Clément and Pierre Pelé has won several prizes in France and internationally, starting with the « Entrepreneurship Projects Challenge » from French incubator IMT Starter in 2014, which led to the company’s incorporation, and the prestigious Grand Prix de l’Innovation de la Ville de Paris in 2016.