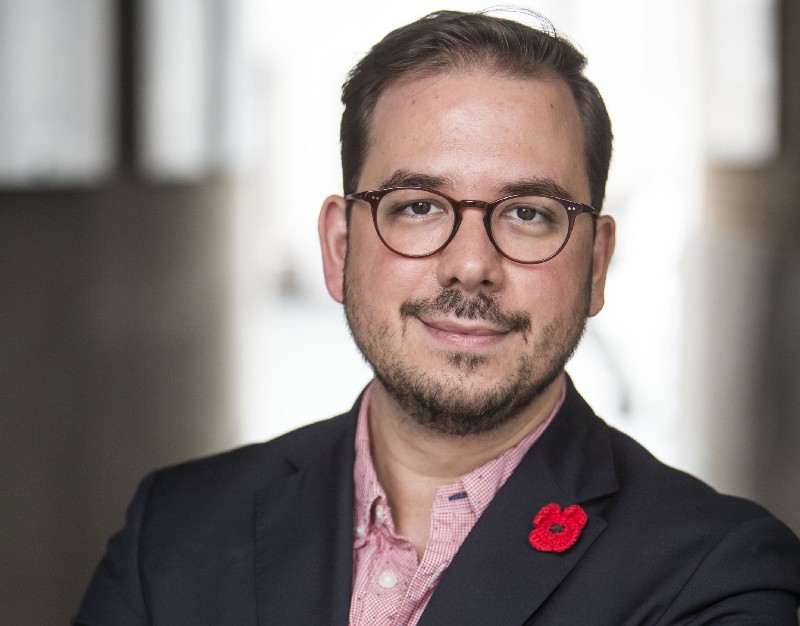 Berlin-based startup door2door has developed a mobility platform designed to allow cities and regions to integrate a growing range of innovative transportation services with existing public and private options. The goal is to ensure that cities are shaping their transportation future in a way that serves the best interests of their communities and not just private companies.

“Who owns the mobility platform?” says Maxim Nohroudi, founder and managing director of door2door. “Is it someone who has in mind the core interests of the city? If not, then you have a player with their own interests. As a city, you want to own the platform, have an autonomous parity when dealing with these new companies.”

Nohroudi and co-founder Tom Kirschbaum started the company in 2012, and have since raised $18.2 million in venture capital and grown to 100 employees. The partners were excited by the growing potential of the emerging transportation revolution.

There was the early promise of services like ridesharing to reduce cars and emissions, to autonomous vehicles, to the more fantastic ideas like flying taxis and blazing-fast hyperloop networks whisking people between cities in just minutes. Not only could this future be good for the environment, it could save money, improve safety, and, ultimately, reimagine the very concept of cities as rapid, autonomous transportation creates a new equation between where one works and lives, Nohroudi said.

But the founders realized this nascent revolution was threatening to derail itself. The experience with ride-hailing services in New York City is a perfect example. Nohroudi noted that studies done by the city indicated that the number of cars in places like Manhattan was increasing — not decreasing as hoped — as more people opted to take cheap Uber rides for short distances rather than use the subway. This was creating more congestion and taking away revenue from city services.

These kind of unintended consequences are why Nohroudi has been a longtime advocate of the need for cities to retain control of their transportation future rather than be dominated by private, for-profit companies who want to move fast without thinking about the larger repercussions. It’s critical for cities to think of all transportation modes, old and new, public and private, as part of an integrated whole system, he said.

To do that, door2door helps cities identify and aggregate all possible public and private data related to transportation. In some cases, cities have already been making their public transportation information more open via APIs. In other cases, they need to begin equipping busses and trains with sensors and data-gathering software. Using door2door, a city can then pull this data into a single dashboard which shows how all these parts work in tandem.

Then, as new services like autonomous shuttles or cars are introduced, the city can use its dashboard to integrate them, adjust policies, and optimize the overall system to make decisions. Where does it make sense to allow autonomous vehicles to operate and how can they connect people to a subway system? Where should new bus and tram lines be built? And how can a city evolve its current system in a thoughtful way toward more futuristic scenarios?

Meanwhile, the company has started working with the western German town of Duisburg to do just that. Last year, the city’s public transportation department introduced a new on-demand shuttle service that users could call with an app. These shuttles circulate throughout town with no timetable or fixed route, pick up passengers when called, and then take them to a public transport line. Over time, door2door’s will help optimize these and other new services using intelligent routing algorithms.

“If you want to introduce ridesharing solutions, you need to know where you have the demand,” he said. “And it needs to be connected to the larger infrastructure.”

This system-wide approach to thinking about urban mobility is shared by the World Economic Forum, which in November invited door2door to become the first European startup to join its Center for the 4th Industrial Revolution in San Francisco. At the center, door2door is now an advisor on the Forum’s future of mobility projects.

The company’s approach to managing transportation disruption got more recognition earlier this month with a splashy announcement with Microsoft made earlier at the mega gadget conference CES in Las Vegas. The company will use Microsoft’s Azure cloud service and voice recognition, as well as integrating with the autonomous technology from automotive supplier ZF Friedrichshafen AG, to expand the features of its mobility platform to include voice and facial recognition to facilitate pickups and payments.