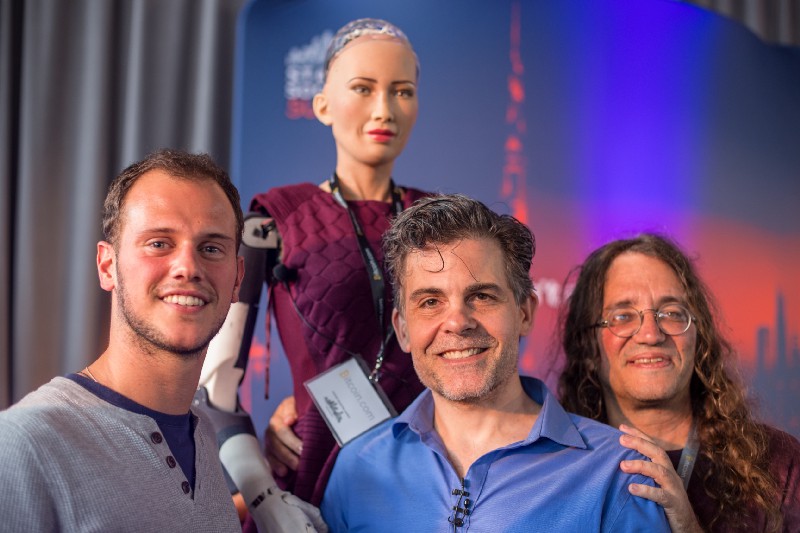 Companies are poised to spend billions of dollars on AI technology that will affect the work force and the growth of economies. But today it is difficult for corporate buyers to have an overview of the best AI agents available and connect with the startups or individual developers that built them. Nor is there a way for AI agents and tools to swarm together to fulfill a request by sharing relevant skills and information.

That is why SingularityNET says it is creating a blockchain-based exchange that will allow its users to create, combine and monetize AI at scale.

Rather than limit AI’s development and direction to a handful of tech companies or government researchers, the exchange’s goal is to democratize the process, allowing anyone who has developed a good AI service to sell directly to customers who are SingularityNet users, in exchange for network-specific crypto-tokens.

The exchange will also permit individuals to be in control of their personal data while sharing and monetizing the generalized learning with AI agents, which in turn will collaborate with each other on projects, helping AI to get smarter over time.

If the founders’ bet pays off, they hope the open AI exchange will help speed what is called The Singularity, a time when humans and computers essentially fuse, hence the name SingularityNET.

Blockchain technology is being used for the core plumbing of the exchange’s architecture because it creates a powerful framework for different AI agents to interoperate for tasks such as flexibly configurable data security.

Transactions on a blockchain are collectively processed by a network of nodes. The distributed structure is designed to ensure that no single party controls the network. The blockchain acts as a tool for regulating communication and exchanging value, allowing different AI agents to interact with each other through self-enforcing sets of software rules called smart contracts. The smart contracts allow the AI agents to exchange work, agree on the value of the exchange and pay each other automatically in digital crypto tokens. In this decentralized open market any node is able to create smart contracts to request tasks, creating a resilient, self-organizing economy, says Simone Giacomelli, a SingularityNET co-founder and a blockchain specialist at Italy’s Vulpem Ventures.

Giacomelli and his SingularityNET co-founders — Ben Goertzel, a globally recognized AI researcher and David Hanson, founder of Hanson Robotics, a company behind a series of realistic humanoid robots — have agreed that the exchange will use a portion of the evolved form of the AI it generates to solve some of the world’s most pressing problems, a mission they believe companies reporting to traditional shareholders are less likely to tackle.

The founders are convinced that SingularityNET will prove to be a formidable competitor to current corporate cloud-AI providers like IBM Bluemix, Amazon Web Services, Microsoft Azure and Google Cloud.

“SingularityNET has the potential to profit tremendously from the now universal corporate need for online AI services, to leverage the usage patterns of customers to drive the emergence of general intelligence, and to direct the profit thus generated to apply AI for global good,” says Goertzel.

“No company, no matter how large or smart, can provide as much AI cleverness as an energized, decentralized community of AI developers in every country around the world,” he adds. There is already a lot of open-source AI code accessible to developers in code-sharing and publishing services like Github, but it is not easily accessible to clients outside the technology world.

Putting AI code in the SingularityNET will make it available to any customer. What’s more, it will make it possible for different AI agents to connect with each other in complex multi-AI networks to form their own emergent intelligence, he says.

SingularityNET is encouraging consumers to volunteer to sell their data on the exchange to enrich the AI. Thanks to the underlying blockchain infrastructure, if the transaction generates a positive benefit to a company the source of the benefit will be automatically attributed, tracked and rewarded, providing a way for users to own, control and profit from their own data.

Hanson says he believes the change will motivate consumers to provide more data. That, in turn, is expected to lead to more profits for companies, because the data provided will be richer and there will be larger data sets. What’s more, because consumers will have control of their data and its usage will be transparent, the founders expect that compliance with data privacy laws will no longer be an issue.

“The end result is more people will be able to benefit from AI services and better and better AI will be created faster,” says Goertzel.

The decentralized network (https://singularitynet.io) is expected to launch in November in a preliminary form and be available for use by customers in mid 2018.

At the time of the official launch supporters will have the opportunity to participate in the network by becoming early members. The targeted audience for the launch will be any type of future user of the service interested in owning SingularityNET network-specific crypto-tokens in order to buy and sell on the open marketplace. The opportunity for early members is that as the AI gets smarter the network will become more valuable to its users and the marketplace — and the tokens invested in it — will increase in value.

In keeping with its core mission, a percentage of the exchange’s AI resources will go toward what Goertzel refers to as “benefit tasks” that are democratically decided on by the community for the greater good, such as using the emergent AI to analyze bio-medical data or to help educate children in developing countries.

SingularlityNET is seeking corporate partners as well as governmental regulators to help it develop the community.

“As we endeavor to bring this dream to reality, we will be navigating a technological, business, economic, political and regulatory landscape that is both more complex and more rapidly shifting than anything humanity has ever seen.” says Goertzel. “Creating SingularityNET is going be a hell of a ride — and a big success in this endeavor will, I believe, significantly increase the odds of a positive Singularity.”