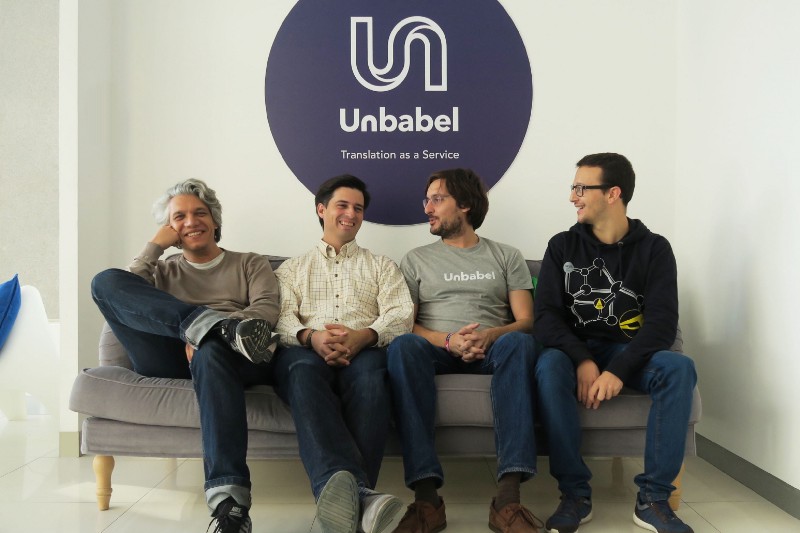 Unbabel, a Lisbon-based startup that offers translation-as-a-service powered by artificial intelligence, gives corporates a cost-effective way of translating –in near real-time -everything from customer service emails and chat messages to internal communications between teams in different countries and corporate videos.

“Language is a big issue that can affect all areas of a company’s operations,” says Vasco Pedro, co-founder and CEO of Unbabel, which participated in CapitalFest, one of seven events that took place during StartUpFest in the Netherlands September 25–28. “It can impact the company’s ability to grow and generate revenue by entering new markets.”

​Unbabel combines machine translation, artificial intelligence, and a network of 50,000 human bilinguals around the world, who post-edit the outputs to provide scalable human-quality translations.

The company, which has so far raised $8.5 million from backers that Notion Capital, Google Ventures, Caixa Capital and Y Combinator, started by introducing a text-based translation for international customer service, enabling companies to hire people for skills other than the mastery of a particular foreign language.

Pedro claims it takes five minutes to add Unbabel’s app, which works with Salesforce, Zendesk and Freshdesk. Once the app is installed every customer service agent can handle written queries in 28 languages. If, for example, a customer sends an email in Chinese, an English-speaking agent would receive and send back the message in English and the customer would get the reply in Chinese.

“The agent doesn’t have to change their behavior, the technology just makes them language independent,” says Pedro, who earned a PhD in language technologies from Carnegie Mellon university in the U.S..

Last last year Unbabel introduced a translation service for chat because, he says, with the help of human translators the company’s artificial intelligence has progressed enough to handle the near real-time nature of such services.

Once an account is opened its machine learning software can be customized, enabling Unbabel “to guarantee the right tone of voice and expressions,” Pedro says.

The company is now adding an application programming interface (API) for corporate videos that allows immediate translation of audio and text into five different languages.

Unbabel for Video first attempts a high-quality automatic translation using its technology. The results are distributed to the Unbabel community of some 50,000 human translators, which use the system to review and edit thousands of words per day, returning searchable, time-stamped text.