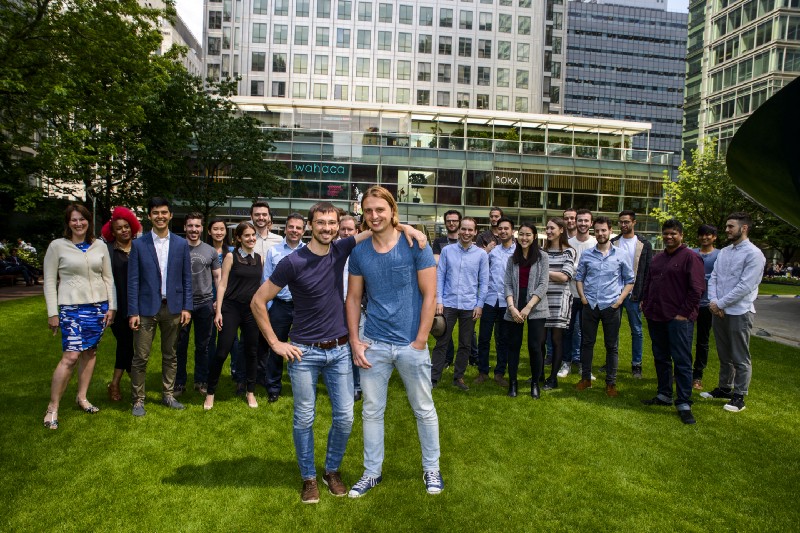 Revolut, a UK fintech startup which bills itself as a 21st century banking alternative, is considering filing for a banking license and has just raised $88 million to expand internationally. The company, which serves both retail and business clients, already has 800,000 customers across Europe and expects that number to increase to one million by the end of the year.

Revolut is just one of a burgeoning group of fintech startups that are serving as alternatives to traditional banks. The UK alone is now home to a number of digital-first mobile-only banks such as Atom, Monzo, Starling and Tandem. While no one is predicting that these new players will replace traditional banks erosion of market share is a serious threat.

The new banks have the advantage of building their IT systems from scratch, saving on the costs of maintaining legacy systems and a network of expensive brick and mortar branches. And using the latest technology gives them the ability to offer a better customer experience that appeals to millennial digital natives. Revolut, for example, says the majority of its customers are between the ages of 25 and 35.

Launched in 2015, Revolut’s app allows customers to open a current account in under a minute and includes a pre-paid contactless MasterCard debit card, currency exchange with 25 different currencies and a peer-to-peer payments service.

It began offering personal international bank account numbers (IBANs) across Europe in July, and plans to integrate virtual currencies in the future.

Retail customers can transfer up to £ 5000 pounds per month at interbank rates to any bank account in the world. And if customers are in a rush and need to get the money somewhere within a matter of hours they can do so by paying a flat fee of five pounds.

“We have no fintech competitors when it comes to speed or cost for these transfers,” says Chad West, Revolut’s head of global communications, noting that Revolut offers transfers at a cheaper rate than TransferWise, one of London’s biggest and most successful fintech startups.. “Traditional banks don’t even figure into the equation.”

While Revolut is “not ruling out” applying for a banking license the company, which has an e-money license and is regulated by the UK’s financial conduct authority, can already do everything a bank can do for retail customers except direct debit and recurrent automatic payments, says West.

Revolut’s business customers can open a new account in 10 minutes, hold up to 25 currencies and make transfers at interbank rates instead of paying the markups charged by traditional banks. And, the transfers can be made within minutes rather than the two to three days it takes traditional banks, West says.

Fintech competitors have spent fortunes and lots of time to acquire banking licenses, says West. Revolut made a conscious decision to instead first focus on the user experience and earn trust by “offering as much as we could without a banking license,” says West.

The company expects to break even by November. It earns revenue from its business customers who pay fixed monthly fees depending on the size of the company. It also makes a commission on Master Card transactions. The company has already processed more than £ 3 billion of such transactions, West says.

One of the other key things that sets Revolut apart from traditional banks is its technology. When a customer makes a purchase with his or her Revolut card the receipt immediately appears on their mobile phone. “No bank gives you real-time updates on your spending,” says West. Plus, customers can get their spending history in real time and see the information by category so that they know how much they are spending on restaurants, travel, or fuel per day or per month. The app also allows users to drill down on individual purchases to check the date, time and location. Users can set monthly spending limits per category and get alerted when they are about to go over budget..

“We’ve been able to recruit some of the finest developers,” says West. “The banks are working with technology that they have had since the 1990s and are bogged down by bureaucracy and red tape. If we decide we want to launch a new service we can do it in two weeks. It takes the banks at least 12 months and by that point we are three steps ahead.”

While traditional banks’ reputations are at an all-time low with consumers, Revolut has proof of its own popularity with customers.

After raising $66 million in venture capital in July from international firm Index Ventures Revolut opened the round to its customer base, launching a $5.2 million equity crowdfunding campaign to just over 40,000 pre-registered investors via the online investing platform Seedrs.

Revolut was looking for $5.2 million but raised $17 million.

The money will be used for expansion outside Europe. The U.S. is the next target, West says.