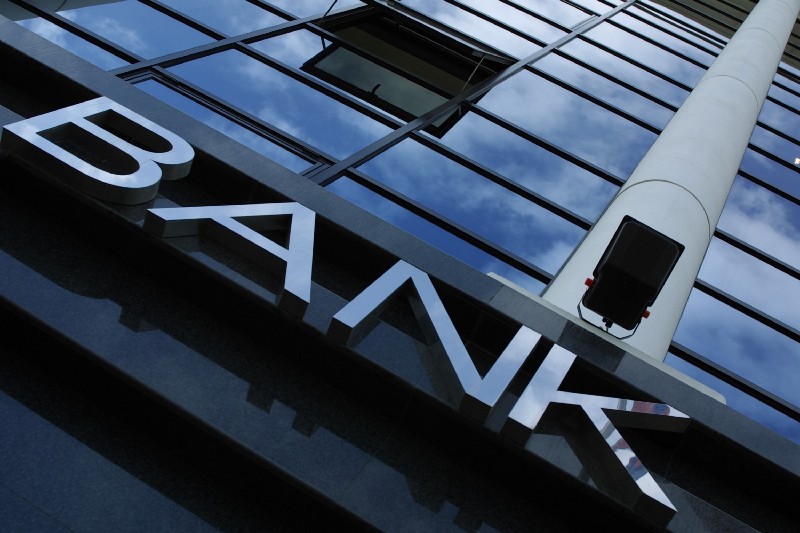 Until the Internet came along, banking hadn’t changed much since the time of the Medicis.

But the financial sector is now coming to grips with shifts that have ushered in more change in the time it has taken to build Apple than in all of the preceding centuries combined.

Banks are struggling with compressed margins and a decline in branch activity. New European regulations are forcing them to re-evaluate their operating models, and they are facing unprecedented cyber-security threats and heightening competition from digital interlopers.

The risk is that banks end up reaping the lowest margin of the entire value chain because their cost structures, organizational charts and metrics are not adaptable enough to reposition themselves against new behaviors and operating models.

It will play a role in streamlining the back office and slashing costs. But the real value, say industry experts, will be in helping banks reboot for the 21st century.

Studies from McKinsey and IBM estimate that up to 35% of the banking industry’s profitability will be wiped out by digital technologies, says Likhit Wagle, IBM’s General Manager for Global Banking and Financial Markets. “Out of that 35% almost 25% is margin compression. Fintech players are putting downward pressure on fees, so banks are going to have to make their money throughout value-added services,” he says.

Wagle’s advice? Use AI and other technologies to “personalize and diversify.”

Banks have massive amounts of data about their customers but aren’t able to leverage it. “They are sitting on a lot of information that is not necessarily usable or it is sitting in silos,” says Yann Ranchere, a partner at Anthemis Group, a London-based venture investment and advisory firm focused on financial services.

Banks need to start doing what Apple and Google do: leverage the rich information in the electronic trail clients leave behind. It not about processing transactions in mobile wallets. It is about the information generated before, during and after the transaction and how a consumer’s behavior can be influenced, say industry observers.

Large banks need to design services that would directly engage consumers and effectively leverage that data to offer new services.

For example, when banks take a lending position on a mortgage, they could offer adjacent services that would be helpful to people who are probably making the most important purchase of their lifetimes, says Wagle.

More mundane transactions can also be an opportunity. Banks could leverage their knowledge about presence and preferences to offer an instant loan to a consumer who is in a store, about to buy a big-screen TV.

As interesting as those possibilities sound, industry pundits say many banks are not innovating fast enough — if at all. And other players are rapidly filling the void, leaving retail banks detached from consumers.

AI-powered chatbots are one way of solving the issue.

* DBS, Singapore’s largest bank, is one of a number of banks using a conversational AI chat platform developed by the American startup Kasisto.

On its own, a financial institution’s raw data is not enough to drive intelligent conversations and actionable recommendations. Kasisto has launched a service that, thanks to AI, ensures that disparate and often uncategorized data is continually augmented and enriched so its chatbot’s conversational engine can leverage the high-quality data, understand users and generate a customized, personalized, contextual response in the way people actually speak and text with one another.

Kasisto says its AI chatbot is taking data analysis to the next level by creating data-driven triggers based on patterns and events which are used by the conversational engine to offer proactive recommendations, contextual promotions and real-time notifications, helping financial institutions increase engagement and conversion in entirely new ways. Examples include:

· Proactively asking customers if they want to set a travel alert on a credit card after they make an airline purchase, and walking them through the process of creating the alert

· Suggesting that customers move money from their savings accounts to checking to cover bills that are due soon.

· Informing a customer about a credit card benefit, like an extended warranty, after a large purchase at an electronics store.

· Notifying customers when a goal is achieved, like eating out less, and recommending that they open savings accounts.

Banks would do well not to wait to organize and parse customer data and use it to establish better, more personalized services, says IBM’s Wagle. Due to new open-banking regulations that go into effect next year, banks have to make data about customers available to aggregators if the client gives permission.

“A lot of those aggregators will be using AI to get insights from that information in order to sell different services to the customers, “ says Wagle. So if banks don’t do it, the fintechs will.

There is a need for a trusted entity to manage these digital IDs and develop a way for consumers to share data while maintaining control.

Microsoft attempted to create a centralized digital identity service 14 years ago with its Passport and HailStorm initiatives. Intel, Sun, Oracle and AOL developed their own such service through a group called the Liberty Alliance. Those efforts failed but other Silicon Valley companies have succeeded in aggregating consumers’ personal data in other ways.

Some of the largest Internet companies, including Google and Facebook, reap most of the profits from collecting, analyzing and monetizing personal data. Most consumers don’t know who has access to their data and how it is being used.

Some argue that banks are better placed to create and safeguard our digital identities and be the brokers for all types of exchanges of data, bringing bank-grade privacy and security to the global exchange of any digital asset between any parties.

The World Economic Forum argues in an August 2016 report that financial institutions are “exceptionally well positioned to drive digital identity systems” since they already have well-developed ways to verify user information for commercial and regulatory purposes.

There is a strong business case for banks to move into digitalidentity services, says the WEF report. Doing so would allow banks to offer extended financial advisory services and behavior-based insurance.

Banks could also offer identity-as-a-service to businesses that can’t or do not wish to store their clients’ personal data. And, they could extend their customer bases to include ID-only clients, offering identity as a separate, fee-based service for individuals who do not otherwise transact with them.

Canadian, Dutch and Nordic banks are already working on national digital identity services, in an attempt to place themselves in a pole position in the digital economy.

“We are going to see an evolution,” says Wagle. “People are starting to think of banking as an information business. You can see it already with the newer banks. They are making a lot more money from the information they get around a payment transaction then from the transaction fees.”

With the help of technologies like AI and blockchain, a distributed digital ledger that will be key to the secure distribution of data and other digital assets, today’s banks just might have a fighting chance of having the staying power of Monte dei Paschi di Siena, the world’s oldest bank, which first opened its doors in the age of the Medicis.