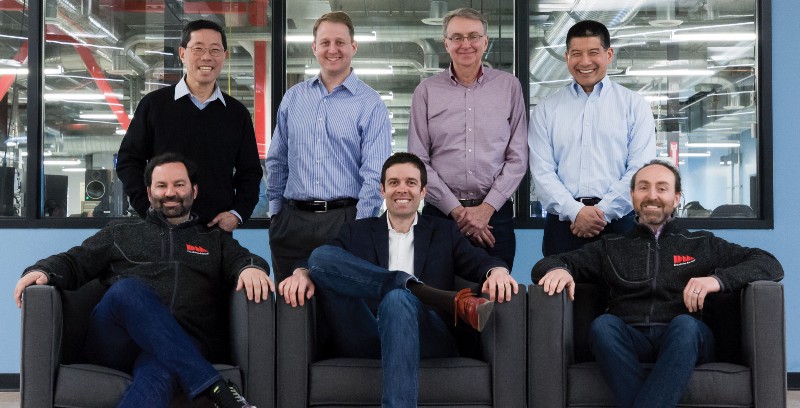 Desktop Metal, which was named a World Economic Forum Tech Pioneer in June and raised $115 million in July from investors that include BMW Group and GE Ventures, is reinventing the way engineers and manufacturing teams produce metal parts — from prototyping to mass production — helping to usher in the age of smarter factories.

Metal 3D printing is not new but today’s options have failed to deliver on a promise to dramatically change the way products are designed and manufactured, says Ric Fulop, CEO and co-founder of DeskTop Metal, which was founded in 2015 and is based in Burlington, Massachusetts. Current technology is too industrial and expensive for prototyping and it is not fast enough or cheap enough for mass production, he says.

DeskTop Metal says it has found a way to address the speed, cost and quality issues that have been holding back the technology’s use in both design and manufacturing.

Its DM Studio system, which was launched this year, is being billed by the company as the first office friendly system that brings metal 3D printing to the shop floor. Desktop Metal says its system is ten times less expensive than conventional systems, allows engineering and design teams to make parts faster, and is safe to use in any facility because it eliminates the need for the use of lasers and powders.“It works just like photocopies in an office environment where the engineers do the actual work,” Fulop said in an interview with The Innovator.

Next year the company plans to release a mass-production metal 3-D system. The company says that based on a new approach to metal 3D printing called Single Pass Jetting, it can build metal parts in a matter of minutes instead of hours with high-precision, single pass technology. At 100 times the speed of today’s fastest metal laser-based 3D printing systems, Desktop Metal says its technology offers improved throughput capabilities of up to 500 cubic inches per hour.

“This is a huge gamechanger,” says Fulop. “The cost of making parts has been too high. If you are going to make up to 100,000 of something it makes sense to use our technology.”

DeskTop Metal says it counts many of the world’s car manufacturers as its customers. It is also targeting the aviation and farm equipment sectors and says it believes its technology will be appealing to the more than 100,000 machine tool shops in the U.S. and to engineers who want to make revisions to designs closer to production.

McKinsey forecasts the 3D printing market could grow as much as $490 billion by 2025.

It is part of advanced manufacturing―which encompasses technologies that facilitate more efficient, customizable, automated, or digitized processes for manufacturers and their related supply chain―a sector that received more than $3 billion in funding in 2016, according to research firm CB Insights.

Demand for these technologies is being driven in part by incumbents in asset-heavy industries. Given the immense strategic value of cutting manufacturing costs, some of the most active players in the space are corporate venture arms for industrial-related corporates such as GE, Saudi Aramco, Autodesk, and Qualcomm, says CB Insight.

Deals to invest in startups focusing on advanced manufacturing rose to an all-time high of 126 in 2016, but given the pace of deal making in 2017, the research firm predicts that record is unlikely to be broken by the end of the year. A $2.5 billion private equity round to software unicorn Incor in the fourth quarter of last year made 2016 an outlier year in terms of funding, but 2017 is projected to be on par with (or even slightly above) funding levels in 2015 and prior, according to CB Insights.

The largest deals of 2017 to date in the sector include Desktop Metal, the China-based AI and cloud computing company CloudMinds, which received a $100M Series A mega-round in Q1’17, along with smart factory wireless provider Actility, which raised $75 milion in a Series D venture capital in the second half of this year, its largest round to date.