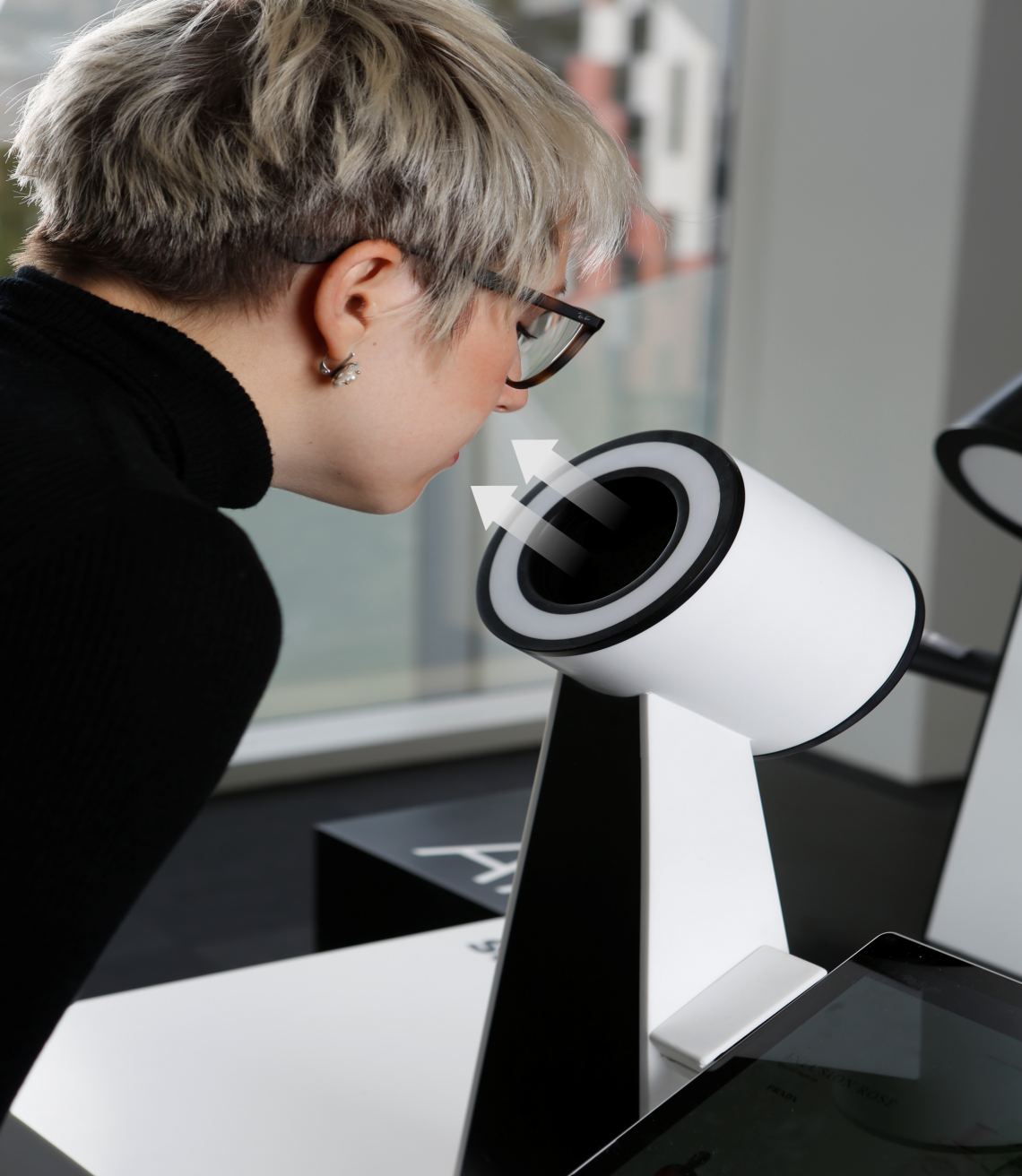 On September 22 executives gathered for a gala at Barcelona’s La Pedrera, a private residence designed by Antoni Gaudi now used as a cultural center. The occasion was the Digital Beauty Awards, a national contest that recognizes the work and effort in digital innovation and electronic commerce of companies and professionals in the cosmetics, perfumery, and personal care sectors.

The secrets behind Puig’s success? Embracing a technology that could cannibalize one of its core products and adopting an open innovation strategy that benefited the whole industry, including its biggest competitors.

The company’s journey provides some insights into how traditional companies can transform their businesses through digital technologies and new business models by making bold moves.

Puig’s disruptive approach  began in 2018 with the acquisition of a small technology company called AirParfum that transformed the way consumers could experience and try scents.

The same year it joined forces with BSH and helped develop and launch a pilot called The Alchemist Atelier. “Puig brought it´s 100 years of perfumery know-how to a disruptive project that, if successful, could cannibalize traditional perfumery,” says Tomas.

She took up the task of making the creation of perfume  fun and easy for an untrained person, creating a new visual language for people to understand perfume composition that has become the cornerstone for some of the technologies that are now helping the industry improve the user experience.

Consumers typically purchase a finished product endorsed by a trusted name such as a a brand or celebrity without having a clue what ingredients are used. Trying new fragrances is painful because consumers are often confused by too many options: In a typical perfumery consumers can choose from more than 400 scents. An online platform can feature more than 2000. There are more than 25,000 perfumes on the market. WikiParfum, a brand agnostic site started by Puig, features close to 20,000.

Puig’s scent recommenders use a visualization algorithm called quadrification to allow online consumers to “see” a scent by visually representing the main olfactive notes it contains. The quadrification involves two keys.  The first is the background color of the ingredient images, which can be either white or black. If it’s black, it means the fragrance is more potent. The second key is the size of the images of the ingredients: the larger the area that an ingredient occupies in the quadrification, the more weight it has in the perfume’s formulation. Retailers such as Macy’s, Boots and Sephora all use versions of the profiler technology.

By schooling people on perfume ingredients and helping them understand what they like, Puig’s digital technology can guide them to choose new fragrances based on their preferences, says Tomas. The software also shows them what types of perfumes are trending worldwide. At the same time, brands and retailers are receiving unprecedented insights into consumer preferences in a standardized way that lets them “compare apples to apples,” she says. “We are generating the data for everybody.”

Puig has also developed tools that can be used in-store to help consumers choose.  AirParfum, a patented fragrance discovery tool first introduced in Puig-owned Penhaligon’s outlets, enables users to smell several fragrances without nasal saturation, solving a major pain point in perfumeries. (see the photo). Consumers only try on average three perfumes in a store visit because the alcohol in perfumes causes olfactory fatigue. Puig’s Kodomiser removes the alcohol, enabling consumers to smell the sillage, the soul of perfumes, without limitation. This allows customers, with the guidance of the interface, to try different combinations of scents via in-store touchscreens.  Each trial generates useful consumer data.

AirParfum promotes sustainability in-store in alignment with Puig´s ESG commitments, It won a sustainability award on September 22 because the AirParfum Kodomizer use 24 times less perfume quantity per spray than a regular perfume bottle, making it much more efficient in dispensing scent. What’s more, unlike a perfume bottle, a Kodomizer can be disassembled and the glass part  recycled. They don´ break, as they are inside the device, nor run out because they are closely monitored remotely and refilled when needed in much the same way printer refill programs work, says Tomas.

Puig has also introduced AILICE, a technology inspired by Alice Through The Looking-Glass, that enables in-store fragrance consumers to preview the scent of a perfume in real time without actually testing or smelling it. When customers enter a perfume store, customers are invited to scan the images of perfume bottles with their smartphones. AILICE, which was piloted in British perfumer’s Penhaligon’s boutiques across the UK,  Asia and the Middle East, automatically analyzes the information, retrieves relevant content from a perfume database, and displays the results on the smartphone’s screen. AILICE immediately relays to the shopper a fragrance’s olfactive family and its dominant ingredients. The tool also provides information on related products available in the store which match the customer’s preferences.

EAN-Nose, the 2.0 version of that technology, recognizes barcodes from more than 90,000 references. It is being piloted at two retailers and by Puig´s own beauty assistants. The objective is to narrow down the offerings available at perfume counters to those which correspond to a consumer’s personal tastes without  overwhelming them with too many options.

The company has been careful in the way it introduces technology to consumers, says Tomas. “If a technology does not solve a real problem we don´t implement it because it can backfire,” she says. “Organizations get caught up in the ‘oh cool… I want to be the first one to…’ and rush to implement things that can end up being a gimmick,” says Tomas. “I am more ruthless now and refuse to implement bad uses of good technology.”

The Benefits Of Open Innovation

The decision to take an open innovation approach and share its technology with both retailers and competitors was not an easy one, says Tomas. The perfume industry, unlike the technology sector, does not have a sharing culture. Perfumery is a secretive craft based on know-how passed from one generation to the next. But in a fast-changing world companies need to “prove value wherever you can capture it,” she says. “ “If it is outside your organization, then capture it outside through open innovation,” says Tomas.” This will make the sceptics at least curious about it.” Working with other industry partners, even competitors, “helps improve our own technologies and teaches us new uses we had not thought about,” she says.  Puig works with a startup mindset that “obliged us to be very quick and very pragmatic,” she says, “hence we needed to join forces beyond our own four walls.”

Tomas advises companies to find like-minded open innovation believers and join forces. “Share everything you can and you´ll receive in return know-how, connections and opportunities that cannot be achieved with a traditional negotiation mindset,” she says. “From a practical point of view, innovation goes too fast, so you will have to rely on others to join one way or another.”

Puig’s technology know-how and leadership has helped key retailers grow the entire category, says Tomas. And,  she says, working together with retailers and competitors to further develop the technologies, has helped the devices and systems get smarter over time, providing better data about consumers to Puig and the rest of the industry.

Taking an industry-wide collaborative approach is what helped Puig snag multiple innovation awards at the Sept. 22 gala, beating out rivals such as L’ Oreal’s augmented reality app ModiFace, says Tomas. But there is no time to bask in the sweet smell of success. As an innovation grows, it requires resources and that creates a conflict of interest with the core business, a phenomenon that is very well documented in books on in-house innovation and intrapreneurship. “There is point of inflection where the company has to reflect whether to accelerate this new innovation business unit inside the company and devote more of its own resources or to make a separate business unit that has to fund itself,” says Tomas.