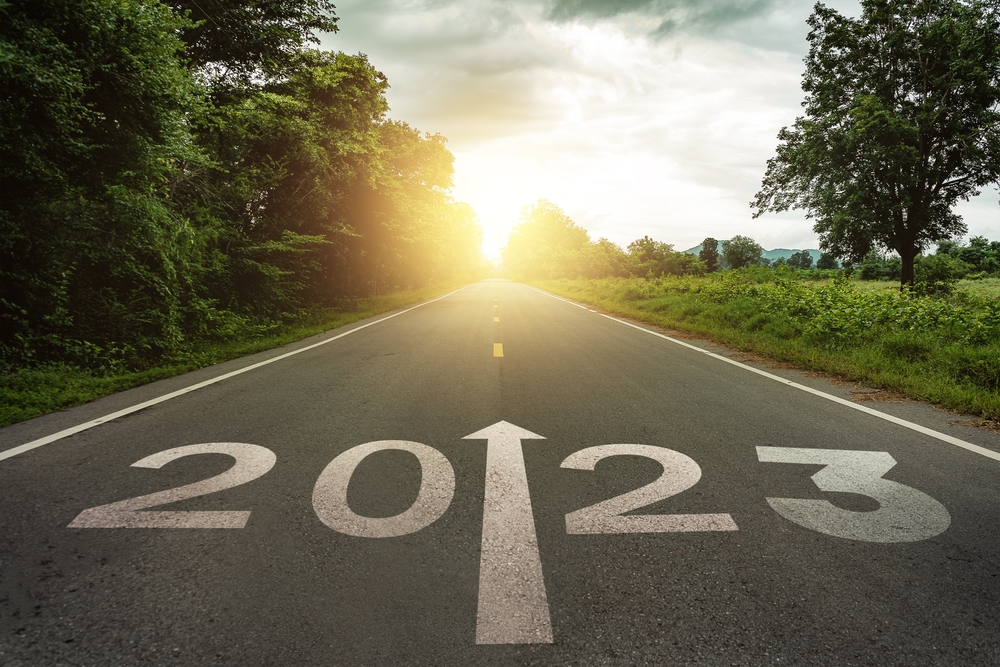 If pundits are right, there will be major developments in quantum computing and AI in 2023 and money will pour into new tech areas such as immortality-as-a-service and digitizing scent.

The year kicked off with a startling claim by Chinese researchers that they have found a way to break the most common form of online encryption using the current generation of quantum computers, years before the technology is expected to pose a threat. If true, the breakthrough in quantum computing would have significant consequences.

The method, outlined in a scientific paper published in late December, could be used to break the RSA algorithm that underpins most online encryption using a quantum machine with only 372 qubits — or quantum bits, a basic unit of quantum computing — according to the claims from 24 researchers from a number of academic bodies and state laboratories.

There is reason for worry. IBM has already said that its 433 qubit Osprey system, the most powerful quantum computer to have been publicly unveiled, will be made available to its customers early this year. Bad actors are already harvesting and collecting data so they can use quantum computing when it is available to unlock it.  Experts strongly recommend   organizations prepare by completingg an initial risk assessment and identifying an appropriate quantum-safe strategy.

It is no accident that there will be sessions on quantum computing during the World Economic Forum’s annual meeting in Davos (The Innovator’s Editor-in-Chief is moderating two of them). As with any driver of change, the priority is for business to understand the strategic opportunities. Derek O’Halloran, a member of the World Economic Forum’s Executive Committee and Head, Future of Digital Economy & New Value Creation, put it this way in a recent interview with The Innovator: “With quantum, there is a rare opportunity to get ahead of the curve. There will be organizations who wake up one morning and realize the world has changed around them. Equally, there will be those organization that take the small steps to get ready now – and who will reap outsized rewards later.”

2023 will also be the year that the next generation of AI large language models will make their debut. AI research lab OpenAI is interested in combining different modalities—such as image or video recognition—with text. ChatGPT, a new cutting-edge AI  chatbot that was opened  to the public for testing in December, attracting a million people in the first five days, is an example of  what is to come in generative artificial intelligence, AI which can generate new content rather than simply analyzing or acting on existing data. It is being hailed as the next era-defining technological innovation, changing how we create new content online or even experience the Internet. If GPT-4 builds on such tech, expect the power of the best language and image-making AI (and more) in one package. Combining skills in language and images could in theory make next-gen AI better at understanding both. And it won’t just be OpenAI. Other big labs, especially DeepMind, will push ahead with multimodal models in 2023, predicts MIT Technology Review.

The metaverse will continue to grab headlines. There will be a lot to gain by getting immersive technology right, according to The IBM Institute For Business Value. The roughly $40 billion metaverse market is expected to grow at a compound annual rate of 39% between 2022 and 2030, To make the most of this opportunity, organizations need to offer cutting-edge experiences that capture the imagination and build lasting customer relationships by successfully addressing safety and privacy concerns.

Corporations will become more serious about implementing their sustainability goals. As an example Gartner predicts that by 2025 50% of CIOs will have performance metrics tied to the sustainability of the IT organization.

5G networks transform enterprise connectivity. Deloitte expects the number of mobile network operators investing in 5G stand-alone networks to double from more than 100 operators in 2022 to at least 200 by the end of 2023.

Immortality-as-a-service. Humans have fantasized about extreme lifespans for millennia, but the age-old pursuit is now attracting fresh interest from VCs and tech companies, according to CB Insights 2023 Tech Trend report. It says companies are coming at the longevity challenge from different directions, including tinkering with cellular processes, regenerating body parts, drug discovery and anti-aging supplements. Dedicated VC funds like Apollo Health Ventues and Life Extension Ventues have recently raised massive funds to invest into longevity companies and Saudi Arabi said it would spend $1 billion a year on anti-aging research.

• Smell goes digital. Digitizing scent is a complicated process, but smell tech is making significant progress that could affect industries including food, retail, healthcare, and more in the coming year.

•There will be a boom in bio-based materials. Companies will ramp up the transformation of substances derived from 46 natural sources like mushrooms and seaweed into next-gen materials.

• More large companies will attempt to develop super apps. The ground is being set for a massive clash of super app-level platforms vying to dominate consumers’ online life. From Tencent’s WeChat in China to Grab in Southeast Asia, these all-in-one apps have evolved to bundle services like messaging,  payments, shopping, gaming and food delivery, creating digital ecosystems that users never need to leave. U.S. tech companies like Meta, Microsoft, Amazon, Google and Apple are looking to super apps to extend their reach with consumers and drive new sources of revenue. A diverse arrange of corporate players, from Zillow in housing to Marks & Spencer in retail, have recently signaled their intentions to build sector-specific super apps.  (See the story The Innovator wrote about the super app trend for more background on this platform business model)

• Ambient health monitoring will go beyond standard remote patient monitoring approaches to continuously collect data via devices that are more
connected and less invasive than ever.

• As fashion brands and food giants turn to regenerative agriculture to slash their emissions, startups offering enabling technology will continue to gain momentum.

CaixaBank has formed a European research consortium to explore ways to improve cybersecurity by leveraging artificial intelligence and Big Data. Working with eleven international entities, the project, AI4CYBER, is part of the Horizon Europe program for research and innovation, funded by the European Union. The consortium’s key objective is to design new cybersecurity services to help understand, detect and analyze cyberattacks, as well as prepare critical systems to withstand them. Its results will be aimed at helping system developers and operators to effectively manage security, resilience, and capacity to adapt to adverse situations as well as formulate a dynamic response to advanced cyberattacks. For the three-year project, Caixabank will act as a test bed for new solutions that arise from the R&D effort. The bank says this approach will allow the participants to study the benefits of improved incident response times and the production of better models for detecting anomalies in behavioral  patterns.

Reuters reports carmaker Stellantis is establishing a new business unit to help expand its data services business, part of its plans to boost revenue from software-related activities over the next decade.The new unit, called Mobilisights, will license data to a wide range of customers including rival carmakers, drawing on Stellantis’ connected vehicles, which are expected to total 34 million by 2030, up from around 12 million now.

Sony and Honda’s joint mobility venture unveiled a new EV prototype called Afeela during Sony’s presentation at CES in Las Vegas this week. The brand will appear on the joint venture’s first production electric car, set to go on sale in North America in 2026. Much is still unknown about the new brand, but Sony Honda Mobility CEO Yasuhide Mizuno said the car would leverage Sony’s experience with AI, entertainment, virtual reality, and augmented reality to present a unique EV, reports The Verge.