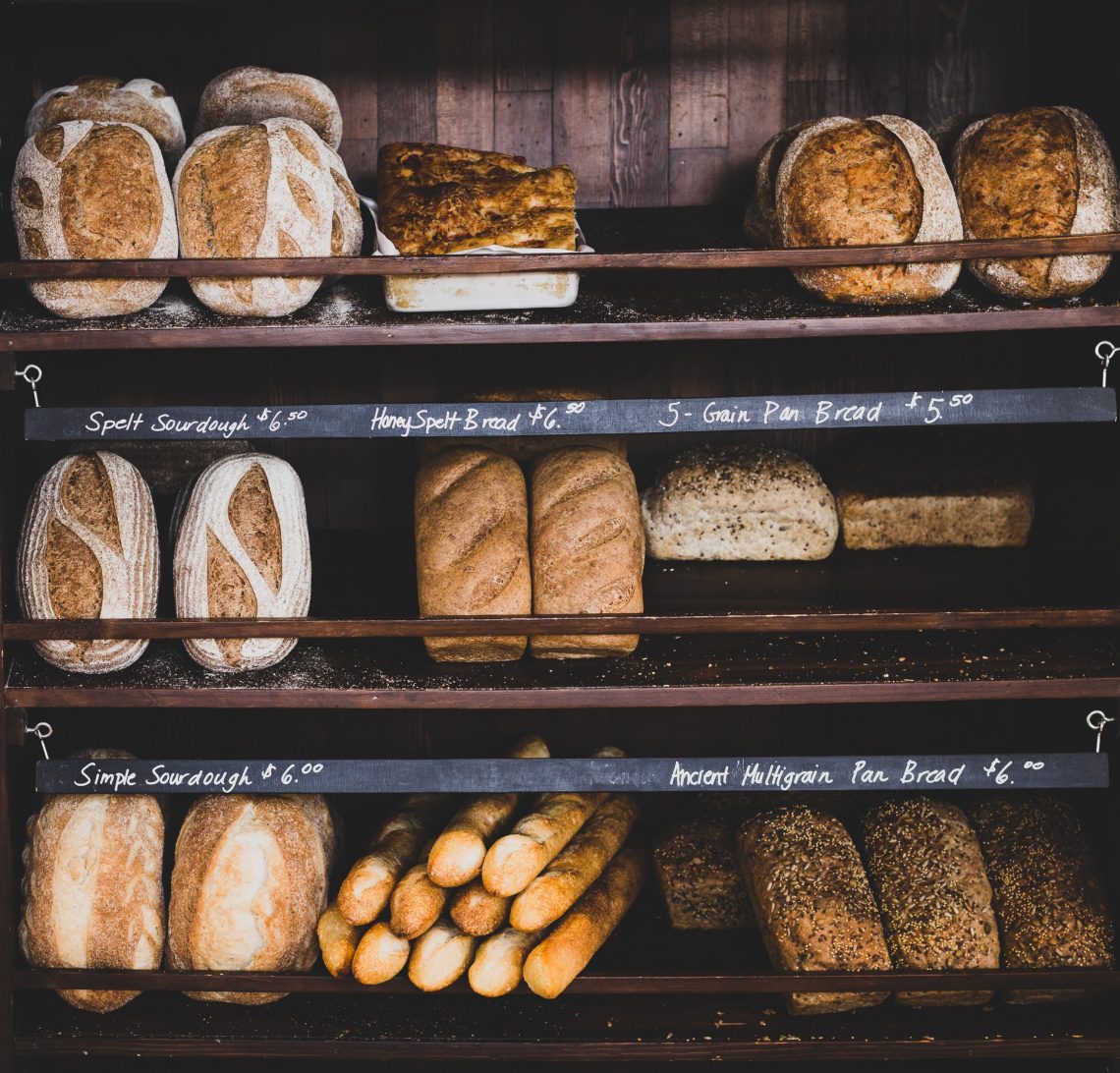 Fund raising announcements made this week by two startups in Chile say a lot about the future of food.

Notco, which produces plant-based meat and dairy analogs like NotMilk, raised a $250 million round led by Tiger Global, an illustration of how investors are continuing to pour dollars into the alternative protein space, with the first half of 2021 seeing over 3.5X the amount of funding as all of 2020, July report from CBInsights.

While the current wave of alternative protein innovation focuses on using plants to replace proteins derived from animals, a $10 million financing round announced July 27 by Santiago-based  startup Protera gives a glimpse of what’s next. Money is beginning to flow into proteins that replace chemical preservatives and unhealthy and/or unsustainable food ingredients such as transfats and palm oil.

Protera is using artificial intelligence to develop next gen proteins to prolong the shelf life of bread, reduce food waste and make food ingredients more sustainable. Its latest fund-raising round was led by European life sciences venture firm Sofinnova Partners, with participation from Mexico’s Grupo Bimbo, the world’s largest baked goods producer. and the food and agtech startup accelerator of ICL Group, a global specialty minerals and chemicals company that specializes in ingredient manufacturing and distribution.

“This is an exciting time in the food sector,” Leonardo Alvarez, Protera’s CEO and co-founder, said in an interview with The Innovator. “The first wave of protein innovation is already generating an impact, but proteins have much broader applications when it comes to making our food better.”

Alvarez and Francia Navarrete, Protera’s Chief Operations Officer, founded the company in 2015 in Chile. In 2016 the companied joined Indie Bio, a biology-focused accelerator in Silicon Valley. Since then, Protera, which has operations in both Chile and France, has been using AI to craft protein ingredients that are animal-free and “clean label” to meet consumer demand for healthier and more sustainable ingredients.

Protera uses a proprietary deep learning algorithm called madi to screen billions of amino acid combinations and predict their properties The company says the platform can design proteins at a high speed and accuracy, helping the food industry move away from highly processed ingredients towards ingredients from natural sources.

Its most advanced product, protera guard, is a protein that extends the shelf-life of foods, replacing widely used chemical ingredients with a natural alternative sourced from flowers.

Protera guard has an anti-mold effect without requiring acidic environments and  avoids any impact on the taste, sight, smell, or feel of the food, according to the company. The protein is also thermostable, so can be used in baked products, and, it is more effective than the chemicals currently in use, Alvarez says.

Alvarez says Grupo Bimbo and ICL will help Protera to close the loop between protein design, production and commercialization of new protein-based ingredients.

Beyond extending the shelf life of food, which will help reduce food waste, Protera is working on several other applications for its proteins.  One, called protera sense, which is in an early stage of development, is a protein that can transform liquid vegetable oil into a more sold or spreadable substance and serve as an alternative to trans-fat shortenings and palm oil.

Fat is a crucial ingredient in food because it provides texture.Today, many products contain chemically hydrogenated fats as a cheap source of spreadable texture. This type of chemically modified fat contains trans-fats, associated with cardiovascular disease, cancer, and diabetes.

Palm oil, which is used in roughly half of all packaged goods, is linked to the destruction of rainforests, species extinction, climate pollution, and human rights abuses.

Alvarez says Protera is interested in partnering with corporates to bring its trans-fat and palm oil alternative and other new ingredients to market. “There are many opportunities that are worth exploring,” he says.

Forget Plants.  Altmeat Is Increasingly Being Made From Mycoprotein

Of the three pillars of alternative protein, plant-based is getting the most mainstream attention and cultivated meat is the currernt darling of VC investors. But fermentation may be the most practical in terms of both cost and scalability, and one area of that segment that is getting attention is mycoprotein.

Experts say mycoprotein is high in fiber, low in sodium, has an inherently meaty texture, and is rich in amino acids. And it is significantly cheaper.

A number of players are using technology to transform fungi into mycoprotein. Kernel Mycofoods, a startup based in Buenos Aires, is using precision fermentation, to transform  fungi into a mycoprotein that it says has a higher protein digestibility-corrected amino acid score than beef, soy and wheat gluten. The company isn’t just fermenting fungi. It is also using computer vision and artificial intelligence to adjust the fermentation process to achieve different outcomes for its protein. Unilever is using Enough’s Abunda mycoprotein as an ingredient in plant-based meat from The Vegetarian Butcher brand. Tyson and Kellogg both invested in MycoTechnologies last year. And Better Meat Co. opened up its production facility last month to create its Rhiza mycoprotein.

A prospective oral coronavirus vaccine is set to start clinical trials in Israel, and the developer believes it could help get vaccines to countries that are struggling to inoculate because of limited infrastructure.

Oramed Pharmaceuticals has created a single-dose oral version of a prospective vaccine being developed by India-based Premas Biotech, and in March announced that it had successfully generated antibodies in pigs. It hopes that the Israeli-developed pill will be suitable as a simple initial vaccination, as it won’t need to be stored at low temperatures and eliminates the need to have professionals administering injections.

Visa is jumping into the buy now pay later ( BNPL) market, rolling out APIs that let its clients offer instalment payment products. BNPL has emerged as one of the hottest fintech areas over the last year, with the likes of Affirm and Klarna being joined by banks, PayPal and, reportedly, Apple.

Visa has set up a website providing its credit card issuing partners with applied programming interfaces (APIs) to develop and pilot their own installment payment programs. Users can choose the duration of loans, the participating merchants and cards, and the interest and fees.

Visa argues that the BNPL model benefits, the consumer, merchant, financial institution and acquirer. While BNPL is usually used to buy media and big ticket items, Visa says that in some markets it could work for everyday purchases.

bp acquired UK-based digital energy business Open Energi. The company said the acquisition will help bp develop digitally-driven integrated energy systems and deliver ”“innovative, efficient and flexible energy solutions for customers.” Open Energi’s digital platform uses real-time data to optimize the performance of energy assets. It aims to generate savings and maximise revenues for customers by connecting to power markets and providing flexibility at times of low renewable generation and during price peaks. It also accumulates data and learns how best to further optimize the energy use of different assets over time.

A new business reality is looming in China’s technology sector. As the central government builds a data regulation regime that restricts or bars companies from grabbing personal information, the days when a technology start-up – blessed by an innovative business model or a genius algorithm – could quickly build up a business empire are over.Beijing is slowly tightening its hold over Big Tech and imposing its authority over data produced in the country.The recent passing of the Data Security Law and the soon-to-be-approved Personal Information Protection Law show authorities are strengthening their ability to punish misuse of data, and technology companies operating in China need to adjust their practices and rethink business models.