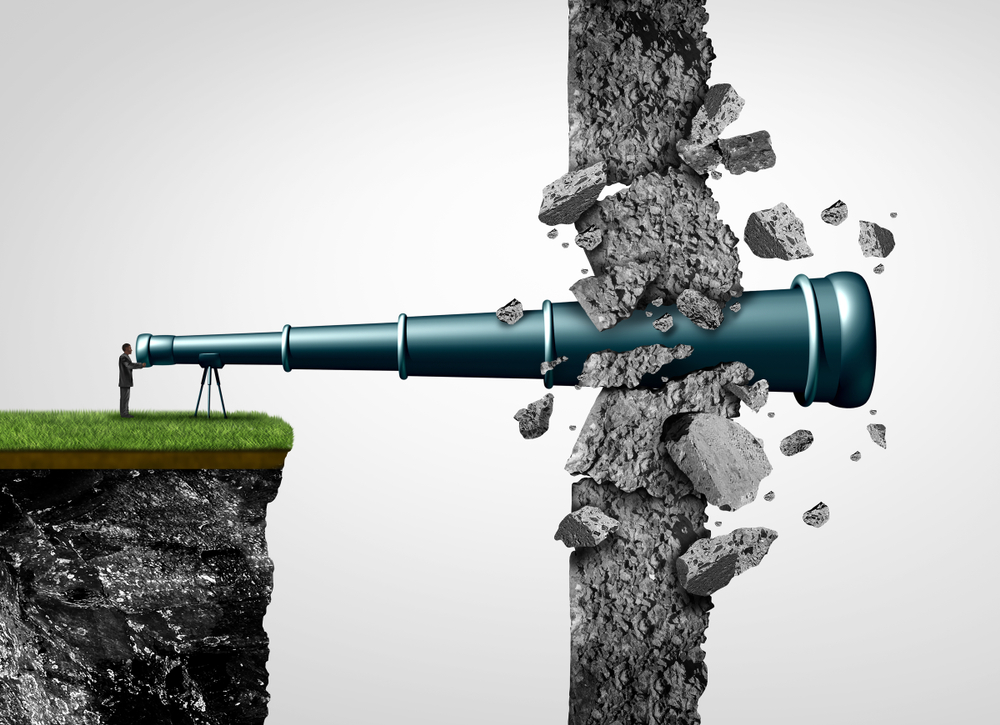 ARK Invest’s Big Ideas 2022 research report, released this week, identifies 14 transformative technologies that are approaching tipping points as costs drop, unleashing demand across sectors and geographies and spawning more innovation.    “We believe that historians will look back on this era as one of unprecedented technological foment—and they will say: everything changed,” says the report by the American investment management firm, which is known for making bold bets on high-growth U.S. listed companies in areas related to DNA technology, automation, robotics, energy storage, artificial intelligence  and fintech.

Here are some of the key takeaways from the report:

ARK estimates that organizations will increase spending on enterprise software by 42% at an annual rate to $14 trillion a year. If automation boosts productivity by 140%, AI software could increase the output of global knowledgeworkers at an annual rate of 9% to $97 trillion in 2030.

The convergence of next generation DNA sequencing, artificial intelligence, and gene therapies will lead to major breakthroughs in healthcare and wellness.

Money: Bitcoin is moving the coordination of value transfer and property rights outside the purview of centralized authorities, governments, and top-down control.

Decentralized Finance (DeFi) is moving the coordination of financial services and contracts outside the purview of traditional financial institutions. Ethereum emerged in 2021 as the predominant smart contracting platform for decentralized finance and non-fungible tokens (NFTs). According to ARK’s research Ethereum’s ether (ETH) is both the preferred collateral in DeFi and the unit of account in NFT marketplaces, suggesting that it is likely to capture a portion of the $123 trillion global money supply.

Web3 is moving coordination of identity, reputation, and data outside the purview of traditional media conglomerates and Big Tech. Now that consumers are spending more time and resources online, the importance of digital assets is likely to increase considerably as consumer spending shifts to virtual worlds. A global framework like non-fungible tokens (NFTs) provides way of taking the ownership and control of digital assets away from corporations, to the benefit of individuals. By 2030, Arks expect Web3 to depress annual offline consumption by $7.3 trillion, boosting direct online expenditures at an annual rate of 28%, from $1.4 trillion today to $12.5 trillion per year.

NFTs Will Blur The Line Between Consumption And Investment

Non-fungible tokens (NFTs) are unique assets that can be used to certify the provenance, authenticity, and ownership of a piece of digital media such as paintings and drawings, video clips, music, computer code or even tweets. Like cryptocurrencies, NFTs are minted, tracked and exchanged on a public blockchain in order to certify originality and ownership. Once an NFT is bought, it’s sent to the owner’s digital wallet. Nothing physical actually changes hands. NFTs offer a liquid marketplace in which consumers can invest in different digital assets and engage in peer-to-peer transaction, notes Ark.

Revenue associated with discretionary online time will increase from $1.8 Trillion today to $4.1 Trillion in 2026, according to Ark.

Digital wallets are already the number one payment method online and offline. They surpassed cash last year in online payments and this trend will continue.

Tech Will Impact The Economics Of Auto, Rail And Airline Activities

The convergence of robotics, battery technologies, and artificial intelligence is likely to collapse the cost structure of transportation, according to Ark.

Autonomous Ride-Hail Could Have More Economic Impact Than Any Innovation In History, Adding $26 Trillion To Global GDP By 2030

According to Ark’s research, companies that own the autonomous driving technology stack could dominate enterprise values in the future auto ecosystem. It believes that many of today’s ride-hail, auto manufacturing, and car rental companies will not survive the transition.

Autonomous logistics will reshape the global supply chain completely, giving consumers faster and more convenient ways to receive goods, says the report. Autonomous vehicles that roll and fly could lower costs across the entire supply chain. Autonomous trucks are likely to be more effective than rail. Drones could deliver most e-commerce purchases.

3D Printing is still in its infancy but manufacturers are expected to increasingly place 3D printers near the destinations of final products, reducing supply chain footprints and shipping costs.

Aerospace costs are declining thanks to advancements in deep learning, mobile connectivity, sensors, 3D printing, and robotics. As a result, satellite launches and rocket landings are proliferating. According to ARK’s research, satellite broadband revenues could approach $10 billion per year in the U.S. and $40 billion globally during the next five to ten years. In addition, Ark predicts hypersonic flight market could scale from zero to $270 billion in annual revenues.

Coming To A Household Near You: A Molecular Drink Printer That Can Make Nearly Any Kind Of Beverage

A U.S. company called Cana Technology has just raised $30 million in seed funding  to “print” juice, coffee, seltzer and cocktails. The Redwood City company has developed a toaster oven-sized prototype machine that creates the drinks from the molecules that comprise them. Using a single cartridge filled with flavor compounds that it claims can make a nearly infinite number of drinks: “We know we can print an infinite number of beverages from a few core flavor compounds,” says food tech entrepreneur and investor Dave Friedberg.”We know we can do this across many existing beverage categories — juice, soda, hard seltzer, cocktails, wine, tea, coffee, and beer. Consumer taste testing panels score our printed beverages at the same or better taste levels as commercially available alternatives. Our hardware designs will print beverages quickly and accurately. Our pricing and the footprint of our hardware can yield significant savings and advantages for most households.” In Friedberg’s blog post about Cana, he talks about how this new appliance is part of a larger trend towards decentralized manufacturing. “Making a molecular beverage printer meant inventing a new kind of supply chain. Provided that the printers can use materials mostly sourced locally (i.e. tap water), we can replace old industrial supply chains with ones that are more nimble and more redundant, moving production to the point of consumption — the home. This new decentralized supply chain would use less energy and less carbon and cost less to operate, sourcing and shipping only the flavor compounds that make up the 1% of each beverage, rather than all the water and packaging.”

Walmart is investing in vertical farming company Plenty and plans to carry the start-up’s leafy greens in all California stores later this year. The big-box retail giant did not disclose the size of the equity stake or the terms of the commercial deal, but said a Walmart executive will join Plenty’s board. With the move, the country’s largest grocer is diving into a trendy area of food tech that brings farm produce closer to customers’ kitchen tables to boost freshness, limit waste and promote sustainability.

Santander  unveiled the launch of Zinia, its new buy now, pay later (BNPL) service in Germany. Speaking with Finextra on the announcement, CEO of Openbank and Santander Consumer Finance, Ezequiel Szafir, explains that this launch is particularly significant for the industry as “it’s the first time we see an incumbent bank getting into a field that has been, until now, totally owned by fintechs and with this kind of early success.” Zinia was not built overnight, Szafir explains. The project was developed by Santander’s Digital Consumer Bank, which is a combination of sorts between Santander Consumer Finance and Openbank – Santander’s digital bank – over the past few years. The BNPL product, which has been rolled out in Germany over the past nine months, has welcomed over two million customers into the fold. “That’s fintech numbers,” Szafir observes.

Pfizer and BioNTech  have started a clinical trial to test a new version of their vaccine specifically designed to target the COVID-19 Omicron variant, which has eluded some of the protection provided by the original two-dose vaccine regimen.

VW And Bosch Team Up On Automated Driving Software

Volkswagen’s software subsidiary Cariad and autos supplier Bosch are teaming up to develop software for automated driving to use in Volkswagen’s cars, the companies said in a joint statement. Both Volkswagen and Bosch have bundled their software operations into single divisions to strengthen their offering in the face of competition primarily from Tesla, as well as companies like Alphabet that are increasingly venturing into the autos sector.

Boeing is investing a further $450 million in Wisk Aero to support development of future pilotless flying taxis, the U.S. aerospace giant said on Monday.California-based Wisk, owned by Boeing and Kitty Hawk – the air vehicle firm launched by Google co-founder Larry Page – is one of dozens of electric vertical takeoff and landing (eVTOL) makers but differs in focusing its efforts on autonomous flight.

London-based online luxury fashion retailer Farfetch  said it plans to purchase U.S.-based beauty retailer Violet Grey, marking its expansion into the cosmetics business with an eye to reaching younger consumers. The move was announced as high-end labels from fashion to cosmetics double down on efforts to cater to rising generations of luxury consumers that are often more interested in experiences than accumulating goods and products. Violet Grey, which sells serums from the Dr. Barbara Sturm label priced at $300 and Chanel bronzer for $50, is known for building up its followers by offering advice and commentary from industry experts, as well as exclusive offers.