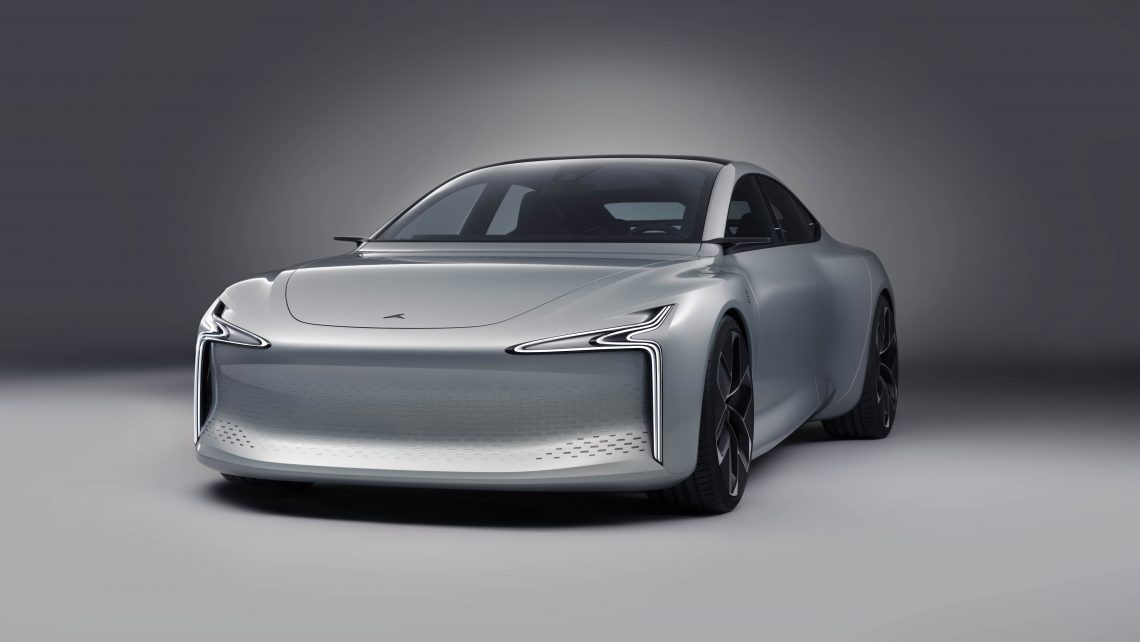 This week France’s Hopium, which makes hydrogen fuel cell powered sedans (see the photo) signed a multi-year agreement with Crédit Agricole Consumer Finance for 10,000 cars, a provisional order worth €1.2 billion and eight European green tech companies announced the formation of a new Cleantech Scale-up Coalition, with the goal of helping Europe become climate neutral, energy autonomous and industrially competitive. The hope is that these developments could help usher in a new era of climate and industrial leadership in Europe..

Hopium is the first French manufacturer of high-end hydrogen-powered vehicles and a key player in the field of zero emission mobility. Established in 2019, the company was founded by racing driver Olivier Lombard. The coalition members are  de-carbonizing industry and energy with renewable hydrogen, producing scalable low-carbon cement, electrifying transport and recycling materials and batteries. The coalition is supported by Bill Gates, founder of Breakthrough Energy, and Kadri Simson, European Commissioner for Energy. Both attended the coalition’s October 24 launch.

While Europe has developed most of the technologies it needs to get to Net Zero, it is still struggling to scale and industrialize them. The broad deployment of innovative clean technologies is crucial for achieving European climate, energy, and competitiveness goals and increase the region’s ability to be resilient to future shocks .“If we create the conditions for their success, the EU stands to become the climate and industrial leader of the next decades,” Ann Mettler, vice-president of Breakthrough Energy Europe, said in a statement.

When Ford and VW  joined forces in July 2019 to share control of self-driving startup Argo AI, it shook up the landscape. The October 26 announcement that Pittsburgh-based Argo is being shuttered and some of its employees moving to Ford and VW underscores the growing realization that automated vehicles may be even further away from mass deployment than industry executives predicted back in 2019.

Israel’s Trigo announced Oct. 26 that it had raised $100 million in a private funding round to ramp up deployment id its technology which allows customers to shop without having to wait in line at a store’s checkout. Trigo’s technology aims to transform existing supermarkets into fully autonomous digital stores. It uses ceiling-mounted cameras to track customer movement and product choices Payments and receipts are handled digitally. The company said it would use the new funds to expand further into the United States and Europe, while developing an inventory management application suite. Trigo’s technology is being used by Tesco in Britain, ALDI in the Netherlands, Wakefern in the United States and and Netto and REWE in Germany.

A report commissioned by French authorities offers ways that the metaverse could be effectively integrated into society.  However, it warns that large organizations, like tech industry leaders, could come to dominate the shared virtual space. The report recommends using the approach taken towards the Internet as a model for public authorities to follow. These include the development of open protocols and the creation of and adherence to certain internationally-agreed standards. For public authorities to provide common and essential services, the report recommends the development of the metaverse through “interoperable bricks.” This effectively means that different entities should develop their own metaverse applications that could easily be integrated with one another. The report highlighted how France’s National Institute for Geographic and Forest Information (IGN) is already producing geographical datasets available for immersive applications.

L’Oréal, Meta and French business school HEC Paris are joining forces to launch a startup acceleration program dedicated to creativity in the metaverse. The program will support at least five startups that specialize in 3D production, augmented reality (AR), virtual reality (VR), mixed reality, avatar creation, portability in user experience, token economy or other topics related to the metaverse and Web3.  The startups do not have to be specifically related to the beauty industry.

Banks in the euro zone would be required to provide ‘instant payments’ in the single currency 24/7 under draft European Union rules seen by Reuters.The EU wants to modernize payments so that money can be transferred from one account to another in seconds, at any time of the day or night, compared with existing card payments and direct deposits which can take up to several business days.The new rules form part of the bloc’s policy of “fostering the development of competitive home-grown and pan-European market-based payments solutions” in a region where U.S. duo Mastercard and Visa dominate cross-border retail payments.