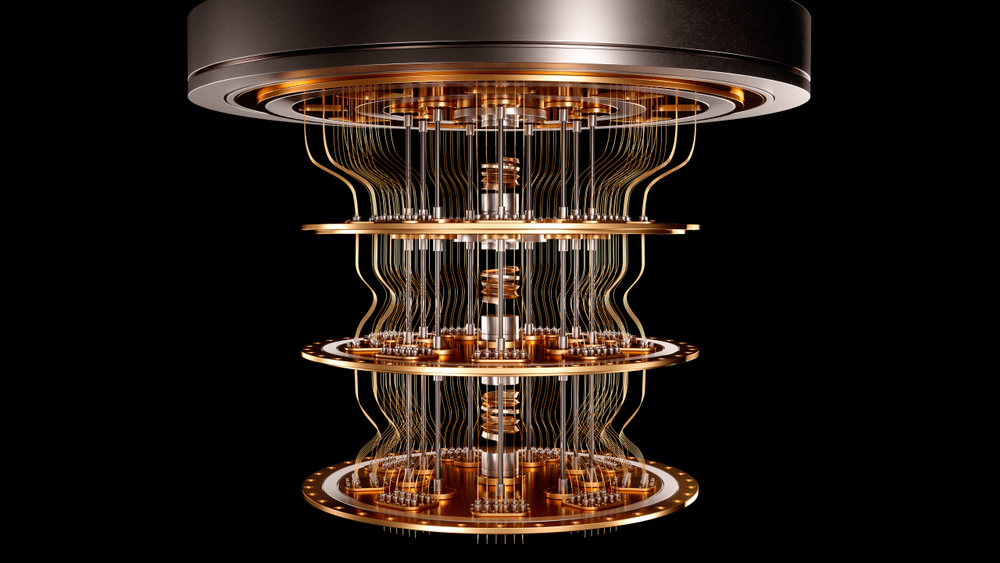 MIT researchers announced an advance this week that could improve the performance of quantum computers and enable the development of smaller quantum devices. MIT also said it is  working on a programming language for quantum computing called Twist.  Alphabet, Google’s parent company, is rumored to be spinning out a secret quantum division and turning it into a startup called Sandbox Technology. The Finnish Ministry of Economic Affairs is funding an innovation project for VTT Technical Research Centre of Finland to build the country’s first quantum computer. And newly released research shows how a quantum computer could eventually break the encryption of Bitcoin and make a huge difference in the fight against global food shortages and climate change

These are just a few of the quantum computing news stories generated during the first five weeks of 2022. While quantum computers are currently too error prone for practical use, these recent headlines illustrate that quantum computing is getting closer. The technology taps into the unusual behavior of atomic and sub-atomic particles to perform far more complex calculations at a massively increased speed compared to today’s computers. The hope is that this could lead to breakthroughs in drug discovery and previously unsolvable problems. The potential is huge. National governments have invested over $25 billion into quantum computing research and over $1 billion in venture capital deals have closed in the past year – more than the past three years combined.

While commercial uptake of the technology is still some time away  it is important to get ahead of the curve and think about the ethical and regulatory guidelines that businesses and governments need to put into place. That’s the premise of a January report on quantum computing by the World Economic Forum, which recommends proactive steps to ensure that there is equal access to quantum computing hardware and avoid cybersecurity, privacy and other issues.

The report outlines some of the risks associated with the technology, including inequitable access. If, for example, the development of quantum computing moves to a few nation states and larger organizations, there is an increased risk that the most socially beneficial use cases, such as combating climate change, will be deprioritized in favor of applications that confer a competitive or geostrategic advantage to a particular group. It recommends proactive steps to ensure that there is equal access to quantum computing hardware and avoid cybersecurity, privacy and other issues.

“The critical opportunity at the dawn of this historic transformation is to address ethical, societal and legal concerns well before commercialization,” Kay Firth-Butterfield, Head of Artificial Intelligence and Machine Learning at the Forum, said in a prepared statement. “This report represents an early intervention and the beginning of a multi-disciplinary, global conversation that will guide the development of quantum computing to the benefit of all society.”

The governance principles are grouped into nine themes underpinned by a set of seven core values. The themes and respective goals defining the principles are:

3. Open innovation: Encourage collaboration and a precompetitive environment, enabling faster development of the technology and the realization of its applications.

5. Workforce development and capability-building: Build and sustain a quantum-ready workforce.  The technology is so different from today’s computing that entirely new skill sets will be required.

6. Cybersecurity: Ensure the transition to a quantum-secure digital world.

8. Standardization: Promote standards and road-mapping mechanisms to accelerate the development of the technology.

9. Sustainability: Develop a sustainable future with and for quantum computing technology

The Forum’s efforts are geared at establishing communities of practice that promote the safe, ethical and responsible development and use of quantum computing.

“Importantly, the principles are also a call to action… We encourage all stakeholders to join us on this journey to ensure that this framework has an impact,” the report says.

Sneaker giant Nike sued online reseller StockX in New York federal court on Thursday for selling unauthorized images of Nike shoes, marking the latest lawsuit over digital assets known as non-fungible tokens or NFTs. Nike said StockX’s NFTs infringe its trademarks and are likely to confuse consumers. Its lawsuit asked for unspecified money damages and an order blocking their sales.Nike said StockX last month began selling unauthorized NFTs of its sneakers, telling buyers they would be able to redeem the tokens for physical versions of the shoes “in the near future.”Nike plans to release its own NFTs, announcing that it will release “a number of virtual products” later this month in conjunction with the digital art studio RTFKT, which it acquired in December.

NFTs have recently exploded in popularity, and lawsuits over them have begun to hit U.S. courts. Miramax sued director Quentin Tarantino in November over his plans to auction NFTs related to the 1994 film “Pulp Fiction,” which he directed and the studio distributed. Last month, Hermes sued artist Mason Rothschild over his “MetaBirkin” NFTs of the French company’s Birkin bags.

European industrial giants have joined the race to create cleaner energy through nuclear fusion, a nascent industry pioneered primarily in the US. Munich-based Marvel Fusion has signed partnerships with Dax-listed Siemens Energy, France’s Thales and the privately owned German mechanical engineering group Trumpf, while also raising €35 million in a funding round led by tech investor Earlybird. Interest in nuclear fusion technology, a promising process that does not produce long-lasting radioactive waste and carries no risk of reactor meltdowns, has been hotting up in recent months. Last year, the sector attracted more than €2.3 billion in venture capital funding, predominantly for companies based in the US.

Copenhagen Infrastructure Partners announced details of a partnership with Spanish companies Naturgy, Enagás and Fertiberia for a huge project aiming to produce green hydrogen and ammonia.Vestas, the Danish wind turbine manufacturer, is also involved.The firms will work together on Catalina Phase I, which will be made up of 1.7 gigawatts of wind and solar in Aragon, northeast Spain, and a 500-megawatt electrolyzer able to generate more than 40,000 tons of green hydrogen annually.

A new partnership has been formed in Italy by utility Enel, the municipality of Genoa and the European Space Agency (EAS) to support innovation of green technologies using space data. The three parties will develop space-based solutions for application within the blue economy, smart mobility and green port and infrastructure development sectors.

The Biden Administration Forms Cybersecurity Review Board To Probe Breaches

The Biden administration has formed a panel of senior administration officials and private-sector experts to investigate major national cybersecurity failures, and it will probe as its first case the recently discovered Log4j internet bug, officials said.The new Cyber Safety Review Board is tasked with examining significant cybersecurity events that affect government, business and critical infrastructure.