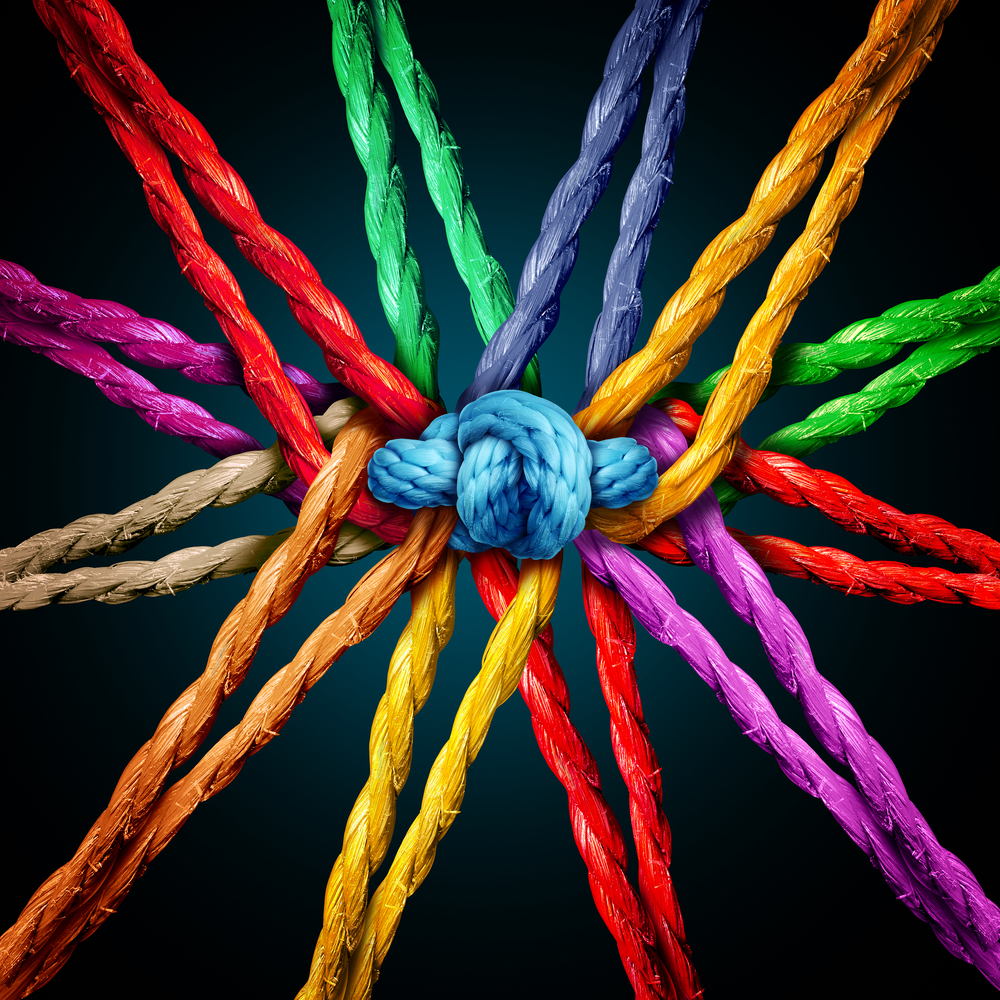 At the beginning of 2020 an alliance between the Mayor’s Office of Medellín and the Presidency of the Republic of Colomba and the World Economic Forum began to conceptualize a model for a data marketplace for the common good called the Colombia Moonshot project. Under the auspices of the Forum, the Centre for the Fourth Industrial Revolution Colombia and private sector partners such as PWC are validating and testing frameworks for the data exchange platform, which is aimed at accelerating digital transformation and the shift to a data-based economy,

The Colombia Moonshot project – which is mentioned in a white paper released this week entitled Data-Driven Economies: Foundations For Our Common Future – is just one of a number of data exchanges that are underway at the Forum. “These series of global experiments are examining what is possible and the commercial, technical and critical policy considerations that must be taken into account,” says Sheila Warren, the Forum’s Deputy Head of the Centre For Fourth Industrial Revolution Network.

While the COVID-19 pandemic has highlighted the inadequacies of the world’s collective approach to data, new technologies such as data rights management, machine learning, privacy-enhancing technologies and blockchain promise to usher in much needed change. “What we need is a system and a technical and policy framework that empowers every actor in the data society,” says Warren.

Traditional business-to-business digital platforms do not offer full data portability, which limits the possibility of combining personal, commercial and government sourced data for multiple purposes, while still respecting rights. The aim is to move to permission-based access to data across companies, industries, governments and borders, in order to enhance research and government services and allow the creation of new business models.  Data exchanges could give companies and countries access to enriched data sets to help them compete with large technology companies. They could also help empower individuals, giving them more say over what is done with their data and the opportunity to get something in return.

“Designing the right systems could play a crucial role in rebalancing the data asymmetries currently existing in the digital economy and delivering more equitable data economies, thus promoting competition, enabling the rise of new markets, new market entrants and new services, and ultimately improving welfare for consumers and citizens,” according to a researcher quoted in the white paper. The white paper highlights use cases from industries and jurisdictions around the world to illustrate the possibilities data sharing could unlock. It recommends creating new data governance models that combine data from various origins, including personal, commercial and/or government sources.

To that end, the Forum’s Data For Common Purpose Initiative (DCPI), working with a global multi-stakeholder community, aims to help countries and companies move away from data silos and overly restrictive data protection policies. “The focus is so much on protection that we are not considering the other side of the coin around agency and empowerment,” says Warren. “Data exchanges or marketplaces can help level the playing field and support a shift towards stakeholder capitalism,” she says. “We have the opportunity to design brand new governance models around this.”

The current system is broken, she says. A 2020 cnsumer survey conducted by Visa, and quoted in the  Forum’s white paper, highlights that of the digitally hesitant segment (about  a third of consumers) zero percent said they feel in control of their data. In this same consumer segment only 2% said they are comfortable sharing data and 86% said they believe companies benefit more from their data then they do.

“Notice and consent doesn’t work,” says Warren. “The default is not to share and the sheer amount of data in the system is too much for any human data subject to meaningfully participate in ways that accurately reflect their desires and empower them,” says Warren.  Technology solutions, such as the use of tokens on the blockchain, can be used to underpin governance models that give people more of a say and more of a stake in how their data is used and potentially share in the benefits, she says.

The return could be monetary compensation or other things of value. For example, the Forum is piloting a project in India aimed at the agricultural sector.  Burdened by debt, unable to eke out a living, and feeling disempowered some 28 members of the farming community in India commit suicide every day, according to recent press reports. These farmers input data about crop yield to the government but much of the information remains in silos. “This has a profound impact on the nation’s food system. If information about weather and other factors could have reached these people earlier it could have literally saved lives,” says Warren. The pilot, which is being developed in consultation with private sector actors like Tech Mahindra, AWS, Microsoft, Red Hat, Genpact and public sector actors like NITI Aayong, MEITY (the Ministry of Electronics and IT) and the state of Telegana, is based on a permission-based system that rewards people for contributing data, she says. As a possible example, “in exchange for data you could  become part of a greater risk pool that is more attractive to insurance companies or some other type of systematic opportunity. The point is you can do more together than you can do on your own. If we can put policies in place around that, there will be benefits across the entire ecosystem; by leveraging data, we will get better outcomes.”

Instacart and DoorDash Plan To Launch Their Own Credit Cards

Grocery-delivery service Instacart has chosen JPMorgan Chase  to issue a credit card that will reward frequent users, according to people familiar with the matter. DoorDash, which specializes in delivering takeout, is also looking to launch its own rewards credit card and received offers from more than 10 large banks and financial-technology firms to issue it, according to press reports.Both Instacart and DoorDash have benefited from the surging popularity of at-home delivery for groceries and meals. They are betting that at least some of the increased demand will remain after the pandemic ends and hoping that the cards will stoke customer loyalty and attract new users. Banks see these new partnerships as a way to diversify beyond cars.

Europe’s largest retailer Carrefour and Deliveroo said they were expanding to France their partnership to bring on-demand groceries in less than 30 minutes their customers’ homes.The service is already available in Belgium, Italy and Spain.

Suspected China Hack Of Microsoft Show Signs of Prior Reconnaissance

Microsoft and U.S. government officials are still working to understand how a network of suspected Chinese hacking groups carried out an unusually indiscriminate and far-reaching cyberattack on Microsoft email software, more than a month after the discovery of an operation that rendered hundreds of thousands of small businesses, schools and other organizations vulnerable to intrusion.A leading theory has emerged in recent weeks, according to people familiar with the matter: The suspected Chinese hackers mined troves of personal information acquired beforehand to carry out the attack.

United Parcel Service has agreed to buy 10 electric vertical takeoff and landing aircraft from Vermont-based startup Beta Technologies to speed up deliveries in small markets.With a 250-mile range and cruising speed of up to 170 miles per hour, the aircraft’s 1,400-pound cargo capacity is suited to quickly transport time-sensitive deliveries that would otherwise fly on small fixed-wing aircraft, the company said.

Citi Innovation Labs has teamed up with the Inter-American Development Bank (IDB) to test the use of blockchain technology and tokenized money to send payments from the U.S. to Latin America and the Caribbean.

Sweden’s central bank will bring in banks in the coming year to test how its proposed digital currency – the e-krona – could handle commercial and retail payments in the real world.

Controlled ag company AppHarvest announced  that it has acquired Root AI, a startup that makes AI-based robots for harvesting crops grown in indoor farms, for $60 million.  Root AI makes Virgo, a universal harvester that can be configured to identify and harvest different crops such as tomatoes, peppers, cucumbers and strawberries. Virgo’s cameras use computer vision along with an infrared laser to create a 3D color scan of an area to determine what work the robot needs to perform.  For a crop like tomatoes, the system figures out the orientation of the fruit and determines if they are ripe enough to pick. Once it “sees” which tomatoes need to be picked, Virgo selects the most efficient route to picking the fruit and then sends a robotic arm and gripper to pluck the fruit.

Solar Foods, one of The  Innovator’s startups of the week in 2019, has raised €10 million. The Finnish company uses a combination of captured carbon dioxide, bacteria and electricity to create Solein, which can make multiple food items including alternative proteins. A big promise of Solein’s is its narrower impact on the planet than traditional animal agriculture or even plant-based protein. It doesn’t require land or water, and is not dependent on weather. According to the press announcement,  Solein creates roughly 1 % of the greenhouse gas emissions of meat protein and 20 % of those from plant protein production.