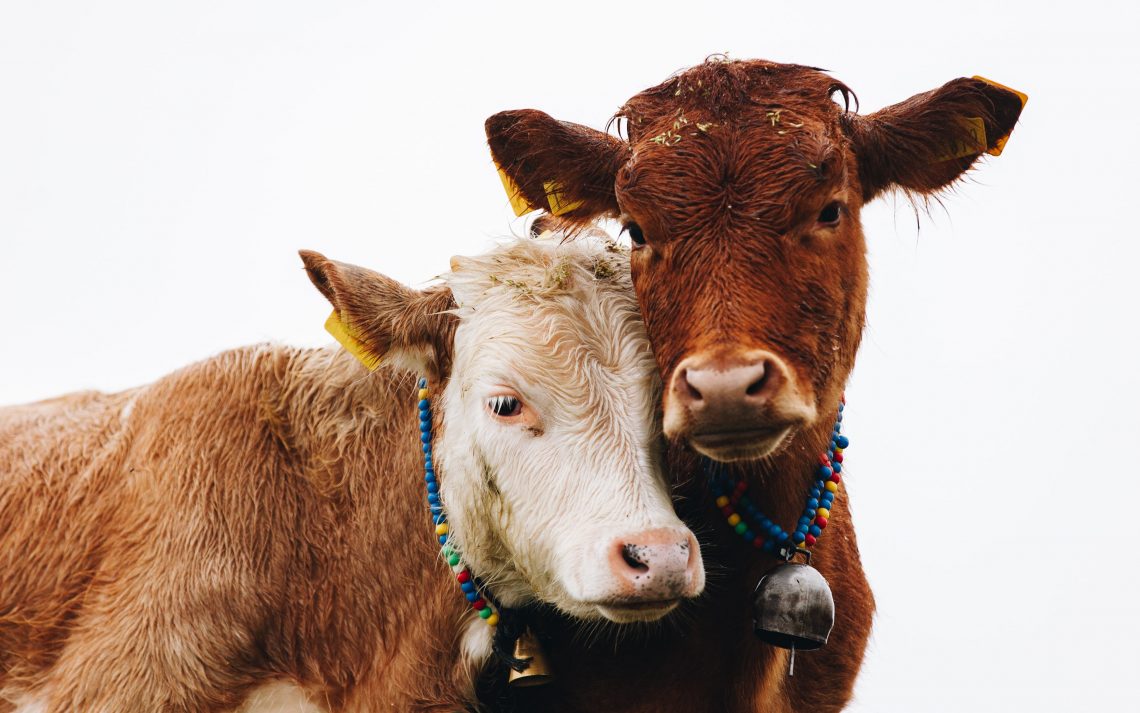 This week’s announcement by Visa that it has launched a program to help some of the 50 million artists, musicians, designers, filmmakers, and other creators publishing content grow their businesses through non-fungible tokens (NFTs), underscores the growing popularity of these unique assets, which can be used to certify the provenance, authenticity, and ownership of a piece of digital media.

But NFTs, which have become popular in art, music, gaming, sports and entertainment and are quickly becoming a part of every marketer’s arsenal, are good for much more than creating content like Bored Ape, a high profile non-fungible token collection of cartoon apes built on the Ethereum blockchain. They can also serve as a different kind of animal, for use as representations of physical assets, such as cows, medical records or university diplomas or to fund missions and drive social change.

For example, a Wyoming company called CattleProof  is creating identities for cows in real life, with attributes such as age, genetics, ranch of origin stored and easily accessed by the holder of the NFT, according to a news report this week. Additionally, certifications such as an inspection record can be appended.

“Traditionally, inspection records are a piece of paper,” CattleProof Founder Rob Jennings told The Spoon. “Inspectors say, ‘okay, these hundred cows are good’, and then you have that one piece of paper you take along the supply chain. So what we wanted to do is create the ability for all of this metadata that’s associated with each animal to travel along the supply chain. So the next guy who buys this animal, whether it’s one or one hundred, will have access to all of this information appended to this NFT.” NFTS could also be used to collateralize the animals with a bank, track cows’ movements and for inspections. What’s more transferring ownership via an NFT at cattle auctions could  expedite fund transfers when cows are sold, shaving days or weeks through the traditional financial reconciliation process.

CattleProof has already run a successful trial of the collaboration with Wilson Ranch in December. The company helped Wilson Ranch create NFTs for 20 steers that were sold through the website of Wilson’s distribution partner, Flying Diamond Beef. The company has plans to expand trials to more ranches in the coming months and is currently working to develop a USDA process that the agency can recognize as an approved process flow for a verified claim utilizing blockchain technology.

Another industry where NFTs have potential with physical assets is healthcare, especially in the area of patient data, according to a recent story in The Wall Street Journal. Today, patient data is scattered across multiple platforms and can be difficult to access. As a result, some Americans undergo unnecessary or redundant treatments that stem from misdiagnosis due to poor patient-data management. NFTs could be used to create a secure, accurate and verifiable credential signifying ownership of certain medical records and data. This digital credential could link to a patient’s health history and health information that could be ported to various healthcare providers.

The Journal article suggested that educational institutions could create NFTs linked to diplomas or certificates. The NFTs also could link to detailed information about the coursework completed by the student, as well as how the student performed, such as grades, reports and other achievements, allowing potential employers to efficiently and securely verify the origin and authenticity of applicants’ credentials, smoothing the employment application process. It also cited potential use cases for nonprofits, universities. and research organizations to fund missions and drive social change

“While there are still complexities around NFTs that need to be resolved and much remains to be learned, the innovation of NFTs has led to a unique opportunity to unlock value in support of positive change, “ Sarah Hammer, managing director of the Stevens Center for Innovation in Finance and senior director of the Harris Alternative Investments Program at the Wharton School of the University of Pennsylvania and an adjunct professor of law at the University of Pennsylvania Law School, wrote in the guest article for the Journal.

Medicines can be printed in seven seconds in a new 3D-printing technique that could enable rapid on-site production of medicines, reports a University College London-led research team. The findings published in the journal, Additive Manufacturing, improve the prospects of how 3D printers could be integrated into fast-paced clinical settings for on-demand production of personalized medicines.

Israeli bee tech startup Beewise, a developer of robotic beehives, pulled in an $80 million investment for its automated solution aimed at saving global bee populations, the company announced March 30. Founded in 2018, Beewise developed the Beehome, a solar-powered, converted container that brings together robotics, artificial intelligence, imaging, a software platform, and a mobile application to monitor and care for honeybees around the clock. The device can house up to 24 bee colonies and automatically controls for climate and humidity conditions, detects and eliminates pests and parasites, identifies when a colony is preparing to swarm, sends alerts when human intervention is needed, and even harvests the honey the bees produce.

Wheyward Spirit’s  California distillery is taking leftover whey from local cheesemakers and turning it into an alcoholic spirit. It has just partnered with Ben & Jerry’s to replace the Irish cream liqueur in its Dublin Mudslide flavor — offering “the same taste with less waste,” according to the ice cream maker. Other companies transforming whey into alcohol include Bertha’s Revenge Irish Milk Gin and French vodka producer Lactalium Velvet.  Both use whey as the main ingredient for their base spirit. Creating a high-value secondary market for whey could help the dairy industry and reduce waste.

An attacker stole around $625 million worth of crypto from the blockchain underlying crypto game Axie Infinity.  The breach, which was revealed earlier this week, is one of the largest decentralized finance (DeFi) hacks to date — demonstrating how costly vulnerabilities in crypto security can be.

Carrier Delta Air Lines will help Airbus in its effort to develop a hydrogen-powered passenger airplane, the companies said March 31.Delta is the first U.S.-based airline the European planemaker is partnering with for hydrogen aircraft. Airbus has plans to produce a small “ZEROe” passenger aircraft powered by hydrogen to enter service in 2035, and wants to get feedback from customers while the new aircraft is being developed, Amanda Simpson, vice president for research and technology at Airbus, said in an interview with Reuters.

Apple reportedly plans to launch a subscription model for devices, in a move that could expand its market to a whole new class of consumers who can’t stomach dropping over $1,500 for an iPhone or four times that for a laptop. The program, expected to launch in late 2022, according to Bloomberg, would help consumers avoid the upfront cost of a new iPhone or MacBook, which can cost $1,599 and $6,099, respectively. Instead, they would reportedly pay a monthly fee. Experts say the move could boost Apple’s market share and, ultimately, its bottom line.