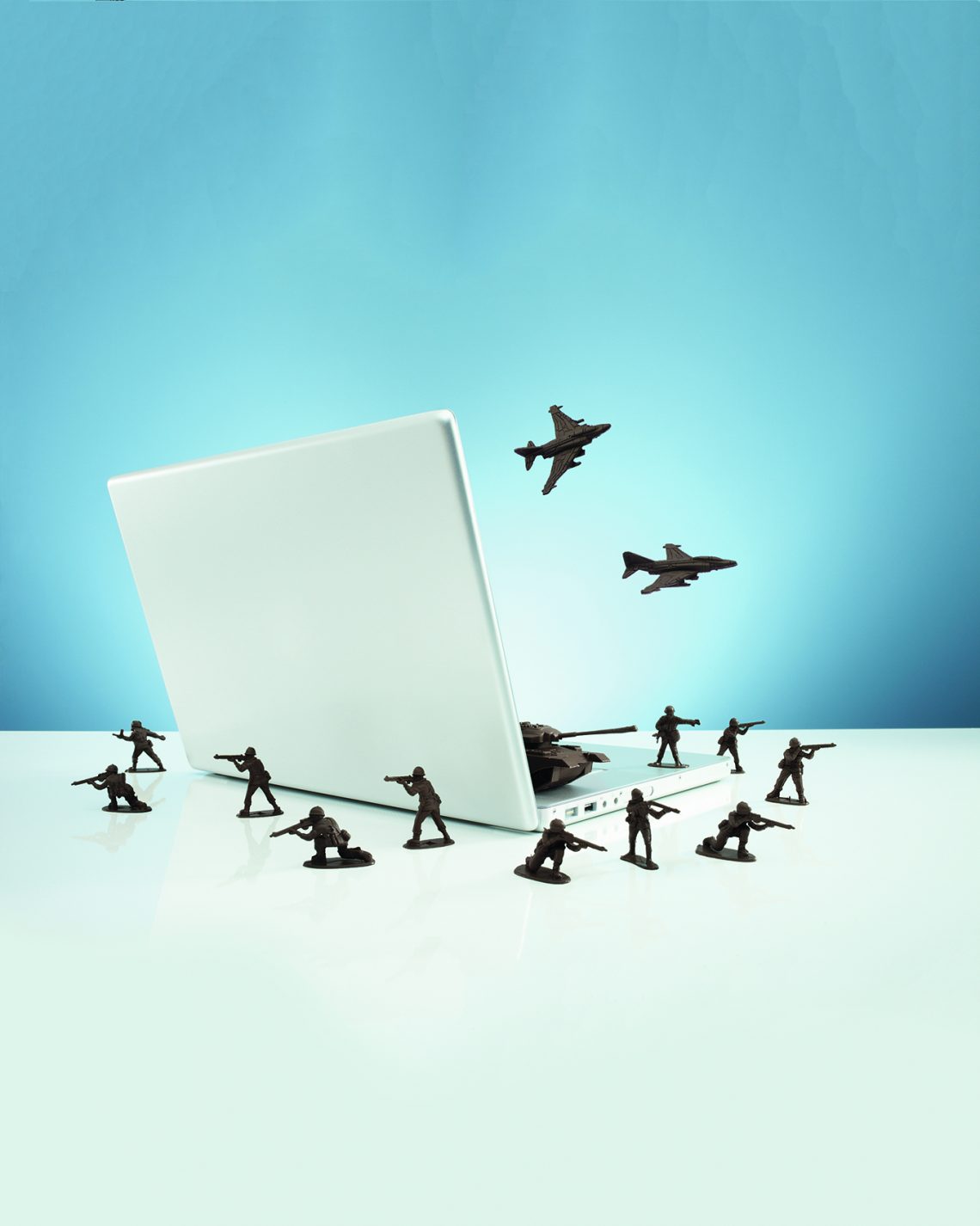 Accelerating digitalization puts new pressures on companies to overhaul their business models and fundamentally re-imagine how they conduct business. Given that companies are increasingly judged on how well they protect their own information as well as the data entrusted to them by customers and partners, cybersecurity and cyber resilience are vital parts of the plan. Yet, response from board directors has been fragmented, risks not fully understood and collaboration between industries limited, according to report released March 23 by the World Economic Forum. To help businesses become more resilient against cyber attacks the Forum collaborated with the National Association of Corporate Directors and the Internet Security Alliance to produce Principles for Board Governance of Cyber Risk . The expert-led team developed six principles that a wide array of boards and management teams can use to increase their understanding of cyber risks and incorporate cyber-risk planning into overall company strategy. The report urges boards to hardwire cyber-risk considerations into key operational and strategic decision-making processes, including viewing each major new digital transformation initiative through the lens of cyber risk and adopting cybersecurity as a recurring agenda item for full board meetings.

The six principles are:

The report, which was compiled with the help of PwC, stresses that it is no longer sufficient just to ensure the cybersecurity of individual companies;  cyber resilience demands that organizations work in concert. “Only collective action and partnership can meet the systemic cyber-risk challenge effectively,” says the report. “Senior strategic leaders must encourage collaboration across their industry and with public and private stakeholders to ensure that each entity supports the overall resilience of the interconnected whole.”

Fiat To Offer Cryptocoins To Drivers Who Go Green

Owners of the new Fiat 500 electric car will be rewarded for eco driving with free cryptocurrency that can be spent at a dedicated online marketplace. Fiat’s parent company Stellantis has teamed up with a cryptocurrency UK start-up called Kiri Technologies to run its rewards program.Motorists receive one KiriCoin worth two euro cents for every kilometre they drive in a virtual wallet accessed via a Fiat smartphone app. The coins can be redemmed for vouchers that can be spent at an online mart comprising major shopping brands, such as Amazon, Apple Music, Netflix and Spotify. Drivers with the best eco-scores on a scale of 0 to 100 based on economical driving will also receive extra rewards. Driving data uploaded to the cloud will reveal energy consumption in real time to produce a score.

Newlink, a China-based platform that connects drivers with gas stations and EV chargers, raised $200 million led by Bain Capital this week; a Bloomberg source says the company is now worth more than $1 billion. Through its two leading apps “Tuanyou” and “Kuaidian”, Newlink is targeting 400 million drivers in China, leveraging its network of 23,000 gas stations (20% of total number of gas stations in China) and 700,000 charging piles (90% of total number of EV charging piles in China) in 1,700 cities and towns across the country. In addition to matching drivers with the best gas stations and charging pile, the company’s tech helps both gas station and electric vehicle charging station owners drive incremental sales, reduce procurement costs, manage operations and grow profits.

Xiaomi, one of the world’s biggest smartphone makers, is in talks to use one of Great Wall’s plants in China to make electric vehicles (Evs) under its own brand, according to Reuters. Xiaomi will aim its EVs at the mass market, in line with the broader positioning of its electronics products, the two people said. Great Wall, which has not before offered manufacturing services to other companies, is expected to provide engineering consultancy to speed up the project, according to press reports. Both companies plan to announce the partnership as soon as early next week.

Atlanta-based Greenwood, a digital banking startup designed for Black and Latino consumers and businesses, raised $40 million from a host of U.S. financial institutions, including JPMorgan Chase, Bank of America, Wells Fargo and Citigroup. PNC Financial Services Group, Mastercard, Visa, FIS, Banco Popular, as well as several venture capital firms, also participated in the round. First announced in October, Greenwood was created to provide online banking services to help close the wealth gap faced by Black and Latino communities in the United States. It plans to offer services such as non-predatory loans, as well as the ability for customers to round up purchases and donate what they save to organizations aimed at advancing their communities.

KFC-owner Yum Brands is buying an Israeli-based startup that helps customers order food to go via text, a strategy executives hope will fuel sales as people shift away from fast food and return to full-service restaurants. Yum is set to use software made by Tictuk Technologies, a private tech firm founded in 2016, for fast-food ordering through text as well as social-media apps such as Facebook Messenger and WhatsApp, the companies said. The technology turns around a customer’s order in as fast as 60 seconds.

Gorillas, which operates a chain of dark grocery stores that offer fast delivery, has raised a $290 million Series B round of funding, according to TechCrunch. The round was led by Coatue Management, DST Global, and Tencent, with Green Oaks, Fifth Wall, Dragoneer, and Atlantic Food Labs also participated. Gorillas raised a $44 million Series A round of funding in December of 2020. The Berlin-based Gorillas is among a cohort of startups building out small, delivery-only grocery stores deep inside residential neighborhoods. Thess dark stores carry a limited inventory (that can be customized per neighborhood location), and have a limited delivery radius, so orders can be fulfilled and dropped off, usually in less than fifteen minutes. Gorillas currently operates stores in more than 12 cities across Europe including Berlin, Munich, Amsterdam and London.

NASA’s Food Security and Agriculture Program, NASA Harvest, and soil analytics company CropX announced a partnership that will provide insights into soil conditions around the planet to support more sustainable agriculture with higher yields. Based in Tel Aviv, Israel, the CropX platform combines hardware sensors that are screwed into the ground with a cloud-based analytics platform. The combined hardware and software analyzes soil moisture, temperature and salinity to help farmers better manage watering and fertilizer application. The partnership with NASA Harvest will combine CropX’s earthbound technology with NASA’s network of Earth-observing satellites. By marrying underground data with aerial imagery and information, NASA Harvest plans to provide new insights around soil health to governments and farmers around the world.

Israeli researchers at the Weizmann Institute of Science have deviseda breakthrough method for growing mouse embryos outside the womb for longer than ever before — with a nervous system, heart, stomach, and limbs.The study, published in the Nature journal last week, gives researchers an “unprecedented tool” for understanding how mammalian organs and tissues form, a process that was previously difficult to study because it was hidden inside the mother’s uterus, the university said in an announcement.

The founders of U.S.-based medical testing company uBiome were criminally charged with a $60 million fraud in an alleged scheme that reads like a smaller-scale, lower-profile version of the spectacular collapse of Theranos Inc. Offering products that allowed consumers and patients to analyze the DNA of their own microbiomes from fecal samples, uBiome filed for bankruptcy in September 2019, about four months after the FBI began investing its billing practices.

Europe needs to pump €300 billion  into its telecoms infrastructure by 2025 if it wants to roll out super fast 5G across the 27-country bloc to boost economic growth and tap the potential of the technology, a report said on Thursday. The study by consulting firm BCG, commissioned by telecoms lobbying group ETNO, comes as the European Union pins its hopes on 5G to lift it out of a COVID-19 pandemic-induced recession and take the lead in internet-connected devices.But EU telecoms operators have been reluctant to invest in 5G networks, which could support smart factories and self-driving cars, because of the massive outlay, while they say plans to scale up via mergers to take on these costly projects have been stymied by tough EU antitrust rules.

At a time when U.S. agencies and thousands of companies are fighting off major hacking campaigns originating in Russia and China, a different kind of cyber threat is re-emerging: activist hackers looking to make a political point.