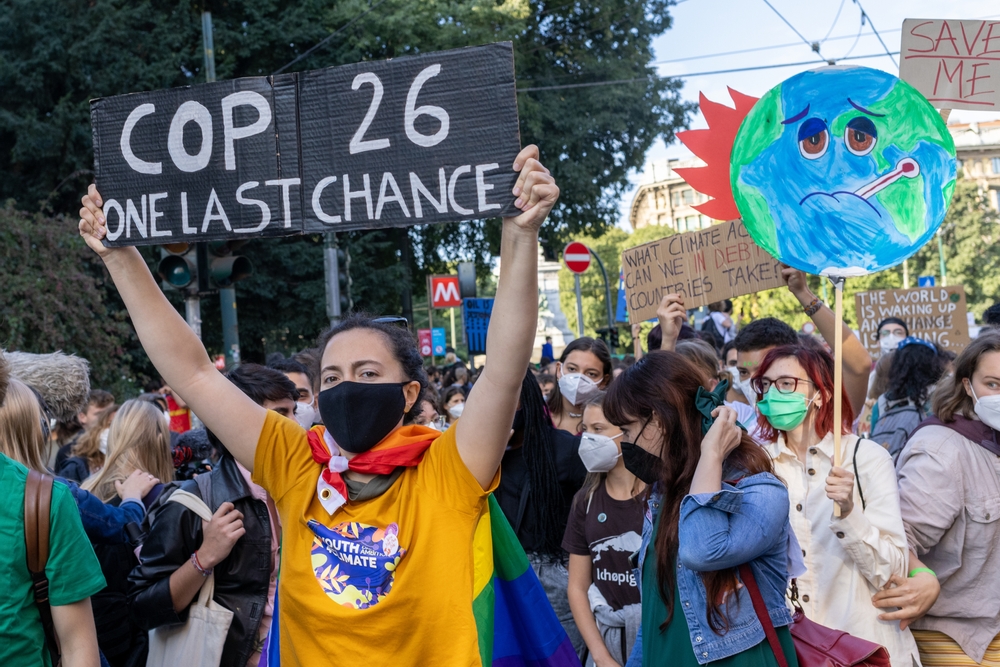 Roughly half of the emission reductions needed to reach the 2050 climate goals rely on technologies in early development, demonstration or prototype phases such as carbon capture and  storage, green hydrogen, sustainable aviation fuels and green ammonia. Accelerating innovation is critical to bring these technologies to market and make them cost-competitive.

The commitments announced at COP26 in Glasgow, aim to be collectively significant enough to help commercialize key decarbonization technologies. To scale these green technologies and take them to market, at least a tenfold increase in investment is needed, according to the Forum’s report How to Finance Industry Net-Zero ,

The commitments will work across eight key sectors. Seven of these sectors — steel, cement, aluminum, chemicals, shipping, aviation, and trucking—account for more than a third of global carbon emissions, but do not have cost-competitive clean energy alternatives to fossil fuels. The eighth, direct air capture, could reduce atmospheric carbon-dioxide levels to help achieve net-zero global emissions but also requires technological innovation to reach commercial viability.

Founding members – which include A.P. Møller – Mærsk, Airbus, Apple, Amazon, Boeing, Cemex, Engie, Holcim, Mahindra Group, Trafigura Group, Vattenfall and Volvo- have made commitments in at least one of these sectors.

Their commitments, outlined below, target new technologies and aim to create a market by 2030 that can be ramped up to achieve decarbonization in 2050.

Airlines and air transport companies set a target of replacing at least 5% of conventional jet fuel demand with SAF that reduces life-cycle GHG emissions by 85% or more when compared with conventional jet fuel, and/or using zero-carbon emitting propulsion technologies by 2030;

Trucking: Members commit to purchase or contract zero-emission medium and heavy-duty vehicles by 2030. These can include battery or fuel-cell electric vehicles and also incorporate renewable sources of electricity and hydrogen for charging. Trucking owners and operators also set a target that at least 30% of their heavy-duty and 100% of their medium-duty truck purchases will be zero-emission trucks by 2030. Retailers & manufacturers set a target that they will require all of their trucking service providers to meet the trucking owners and operators’ commitment by 2030.

Steel: Members commit to purchasing volumes of near-zero emissions steel by 2030. The deployment of breakthrough iron and steelmaking technology is needed to deliver a net-zero steel sector with minimal residual emissions. These technologies include hydrogen direct reduction, carbon capture use and storage, and electrolysis-based production processes. Steel purchasers set a target that at least 10% of their annual steel procurement volumes by 2030 meet or exceed the First Movers Coalition definition for near-zero emissions steel.

The remaining sectoral commitments will launch in early 2022.

Getting To Net-Zero Will Be Tough

Microsoft Co-founder Bill Gates appears to have cast doubt on whether the world will be able to keep global warming to 1.5 degrees Celsius, during the first week of COP26, providing a sobering reminder of how much work needs to be done if climate goals are to be met.

Gates’ comments on global warming, are a reference to the Paris Agreement, which aims to “limit global warming to well below 2, preferably to 1.5 degrees Celsius, compared to pre-industrial levels.”

Mentioning green steel, cheap hydrogen and offshore wind by name, Gates said lots of money would be required to make these viable and said innovation would have to be rapid.

Other major announcements at COP26 covered coal use, climate finance and deforestration.

More than 40 countries pledged to quit coal at COP26. However, some of the world’s biggest coal-dependent coutnries, including Australia, India, China and the U.S. did not sign-on. Separately, more than 20 coountries and financial institutions have decided to stop financing fossil fuel development abroad from next year, diverting an estimated $8 billion a year to clean energy.

Developing nations said they want $1.3 trillion a year in climate finance by 2030. The demand is significantly more than the $100 billion rich countries had pledged in 2020 but have so far failed to deliver.

On a more positive note more than 100 countries promised to halt and reverse forest loss and land degradation by the end of 2030, underpinned by $19 billion in public and private funds to invest in protecting and restoring forests.The joint statement issued at the COP26 climate talks in Glasgow  on November 1 was backed by the leaders of countries including Brazil, Russia, Indonesia and Democratic Republic of the Congo, which collectively account for 85%  of the world’s forests.

Unilever’s Knorr rice and seasonings brand has announced plans to begin 50 projects to implement regenerative agriculture across its global supply chain that will address 80% of its key ingredients by 2026.

Regenerative agriculture aims to increase biodiversity, protect natural resources and fight climate change by drawing carbon dioxide out of the atmosphere and into the soil.

Knor’s effort will start with three projects, including one that is introducing farming techniques to preserve water and decrease carbon emissions at Knorr’s biggest rice supplier Riviana in Arkansas. Other projects include improving soil health with a Knorr tomato supplier in Spain, and enhancing climate resiliency with a vegetable supplier in France.

Kebony, a Norwegian wood modification technology company which uses food production waste, such as sugarcane and corncobs, to give sustainable softwood the long-lasting characteristics of tropical hardwoods, raised €30 million in a funding round led by Jolt Capital and Lightrock. The company has its roots in Wood Polymer Technologies, which was founded in 1996 and changed its name to Kebony in 2007. Kebony has a factory in Skien and offices in Oslo. The company intends to use the newly raised funds to accelerate growth initiatives in core markets in Europe and the U.S.

IGS, which designs and builds vertical farms for third-party operators, and provides them with the technology to get their farms up and running, raised £42.2 million in a round that included the Scottish governments’ Scottish Enterprise. The close of the Series B round was announced by Scottish First Minister Nicola Sturgeon at the COP26 UN climate change summit in Glasgow, where IGS is showcasing its technology in a temporary 5.4 meter-high vertical farm it has erected on site.

Google owner Alphabet has launched an artificial intelligence company to discover new drugs. UK-registered Isomorphic Labs will use technology from its sister company DeepMind “to accelerate drug discovery, and ultimately, find cures for some of humanity’s most devastating diseases,” said Demis Hassabis, the head of DeepMind, in a blog post. He added that he would also become the chief executive of Isomorphic Labs.

An Israeli pharmaceutical company that has developed an oral COVID-19 vaccine recently announced that it has secured approval to begin clinical trials with patients in South Africa. Jerusalem-based company Oramed Pharmaceuticals received clearance from the South African Health Products Regulatory Authority to begin patient enrolment for Phase 1 clinical trials of its pill, Oravax. Founded in 2006 by Hadassah-Hebrew University Medical Center Diabetes Unit senior researcher Dr. Miriam Kidron and her son, entrepreneur Nadav Kidron, Oramed is a publicly-traded company engaged in the development of oral drug delivery systems and is using its expertise to develop innovative technology to transform injectable treatments into oral therapies.

A new study from Juniper Research predicts the value of global payment transactions facilitated by Open Banking will exceed $116 billion in 2026, from just under $4 billion in 2021. A projected growth rate of over 2,800% over the next five years will be driven by increasing user awareness of Open Banking features, supported by greater deployment within Europe, as vendors build on PSD2 (Second Payment Services Directive) APIs to deliver expanding services, the report says.

The research identified Open Banking-facilitated payments, where payments are made directly from bank accounts, as a growing threat to the dominance of cards within eCommerce. While card payments are well established, leveraging permissioned access to bank accounts can reduce fraud risks due to strict Know Your Customer (KYC) rules. The research recommends payment providers partner with Open Banking API providers now to reduce risks of disintermediation.