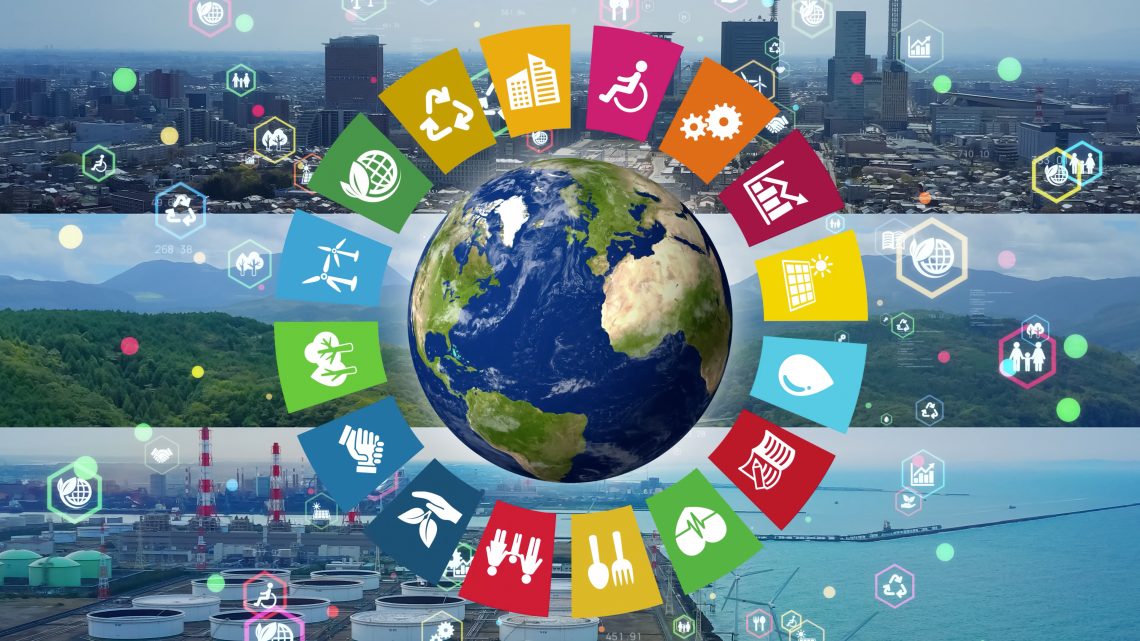 Business leaders, policy makers and social organizations gathered in New York City this week to discuss, among other things, how corporates, startups, and new technology can move the needle on sustainable development.

Convening at the same time as the United Nations General Assembly, some 950 business leaders, policy makers and social organizations gathered in New York City for the World Economic Forum’s Sustainable Development Impact Meetings to discuss everything from climate change and the energy transition to food security and the future of transportation.

The Impact Meetings were designed “to get stakeholders to work on concrete proposals and initiatives and move a bit more towards action,” Sarita Nayyar, Chief Operating Officer of the Forum’s U.S. operations and a member of the Forum’s management board, said in an interview with The Innovator. “

As part of its efforts the Forum is “really trying to create market demand for technology solutions to drive hard-to-abate sectors,” she says. Some 50 global innovators in the Forum’s UpLink program were invited to the meeting. The Forum aims to match these innovators with global companies to scale solutions tackling U.N. Sustainable Development Goals such as water shortages, climate change and cleaning up the oceans.

The meetings also included a convening of 120 CEOs of global companies who have already committed to Net Zero to work on “what programs are needed, what actions are needed to maximize impact and to create new partnerships and mechanisms to move things forward,” she says. “The Forum wants to drive the work that we have been doing to the next level,” Nayyer says. “We hope the work will serve as an example to other CEOs.. It is important that full industry sectors get on board.”

During the Impact Meetings the Forum launched the Crypto Sustainability Coalition, which will investigate how Web3, which includes technologies like blockchains, cryptocurrencies, and NFTs , can be leveraged to achieve positive climate action.

The coalition’s wider aim is to foster a broad education campaign on what Web3’s potential and capacity look like, to better inform governments on how they regulate these technologies and incentivize investment and research into their development.

The new coalition is part of the Crypto Impact and Sustainability Accelerator (CISA), a grant-funded initiative launched by the Forum in January 2022 with a mission to encourage a greater understanding of the environmental, social and governance (ESG) impacts of crypto technologies.

During this week’s United Nations General Assembly high-level representatives from governments, civil society, the private sector, philanthropy, and international organizations agreed to scale up efforts to build digital public infrastructure, according to a press release. Countries from around the world, including Estonia, India, Norway, Peru, Sierra Leone, Singapore, Timor-Leste, Togo, and Ukraine, committed to sharing government technologies as digital public goods, alongside best practices and implementation learnings. Ukraine Deputy Prime Minister Mykhailo Fedorov said the country “would like to share the Ukrainian digital government products as digital public goods to the global community” and said the country has a team of “more than 380,000 specialists ready to assist other countries to adopt these solutions, despite the full-scale Russian invasion, via cooperation with the GovStack initiative.”  He highlighted the way the digital public infrastructure set up in the country before the war has helped it stand through the war, continuing to deliver public services to citizens and assist the more vulnerable. The Bill & Melinda Gates Foundation committed $200 million to expand global digital public infrastructure, encompassing tools such as interoperable payment systems, digital ID, data-sharing systems, and civil registry databases.The Kingdom of Norway contributed $50 million and the German government pledged €35 million to advance digital public infrastructure. The EU’s Horn of Africa Initiative committed €10 million  to enhance cybersecurity in the region, using the GovStack model.

The FT reports that Denmark’s Novo Nordisk Foundation is to spend $200 million  developing what it says will be the first practical quantum computer for life sciences research, with applications ranging from creating new medicines to finding links between genes, environment and disease. The non-profit foundation, which is the majority owner of the Novo Nordisk pharmaceutical group, joins a crowded field of universities and tech companies seeking to convert the theoretical superpowers of quantum computing into useful devices. But it says its seven-year program, based in Copenhagen, stands out because it will evaluate competing technologies before deciding which one to proceed with. “The other major initiatives globally have already chosen their platforms and are trying to optimize them but we predict that many will run into a dead end,” Peter Krogstrup, who will lead the program from the Niels Bohr Institute at the University of Copenhagen, told the FT. “We would rather spend seven years finding the platform that offers the greatest opportunity to build a usable quantum computer.”