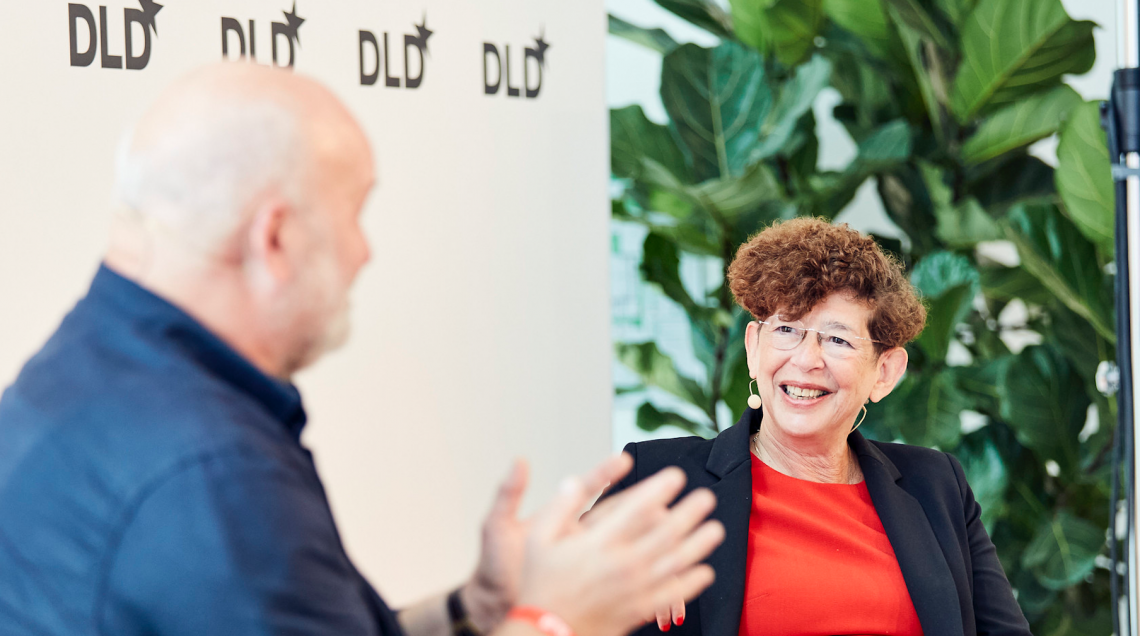 Creating a common market for innovation in Europe, space technology, Europe’s ability to compete and the evolution of quantum computing were on the agenda at DLD Summer, a July 1 hybrid conference in Munich which gathered some of the brightest minds in tech from the U.S. and Europe. Read on to get some of the key takeaways from the conference and to learn about this week’s most important technology news impacting business.

DLD Summer took place in the Munich Urban Colab which officially opened its doors on June 28.  The building will serve as a hub for smart city solutions, spearheaded by the City of Munich and UnternehmerTUM, the Technical University  of Munich’s entrepreneur center.

UnternehmerTUM already connect dozens of Europe’s largest companies to startups. During the conference it announced a new initiative connecting current and next generation leaders of family-owned businesses to startup and entrepreneurs so that they can co-create new technology driven business models together. Over 85% of companies in Europe are family-owned.

UnternehmerTUM CEO Helmut Schoenbeger and DLD co-founder Steffi Czerny announced that their organizations are teaming on a New European Bauhaus tour of 37 European cities to create links between innovation centers. During the conference speaker Hendrik Brandis, a co-founder and partner at Earlybird Venture Capital, noted that in 2011 Europe had only three innovation hubs. Now it has 40.

Space exploration is a billion dollar global market. It holds the promise of creating unforeseen business opportunities as well as solving global challenges.Big players and visionaries out of the U.S. are grabbing the headlines. “But what about Europe?,” asked Christian Mohr, an executive board member and managing partner at UnternehmerTUM . “We have the talent, the creativity and the know-how to play an important role in the space ecosystem.”.

The session highlighted how start-up entrepreneurs can  build their solutions in close collaboration with established European family business. In his talk Mohr maintained that the engineering know-how of family businesses combined with agile new players in the market can give Europe a competitive edge.

The Innovator’s Editor-in-chief moderated  a panel with three  European actors in space:

Wurth Elektronik, a manufacturer of electronic and electro-mechanical components with direct sales in 43 countries. The company’s products power innovation in many industries, i as well as the next generation of components and semiconductors in space.

Isar Aerospace, a spin-out of the Technical University of Munich, which has raised €100 million from mostly European investors, which provides dedicated and launch share launch services for satellite constellations and small to medium single satellites. It has already designed a full-scale rocket engine. The first launch is planned for 2022 out of Norway

Schlenk Group, a 140-year-old maker of metal pigments and foils which serves many industries, including chemicals, cosmetics, coatings and solar industry,.  One of the fastest growing parts of is business is providing specially adapted materials to the space industry.

The Innovator’s editor-in-chief also conducted a fireside chat with Amazon CTO Werner Vogels (pictured here) about the role of cloud computing in space. Vogels talked about how within the emerging commercial space industry, it’s feasible for even small startups to make a big impact by introducing innovative new space technologies and how the cloud will be critical to accelerating experimentation and expanding automation.

Europe’s ability to compete not just in space but in every area of technology was a major topic at the conference. Andrew McAfee, a principal research scientist at MIT and co-founder and co-director of the MIT Initiative On The Digital Economy at the MIT Sloan School of noted that Europe is trailing way behind the U.S. and China when it comes to both the number of firms with the largest market capitalization and the number of unicorns. He questioned whether Europe’s proposed AI legislation could hamper Europe’s ability to catch up. It is a question that is clearly on the mind of Europe’s politicians. In a remote address to the conference Alex Voss, a member  of the European Parliament, acknowledged that “despite our ambitions we are falling more and more behind in the digital world.” He bemoaned the fact that none of the top digital companies are European and said there is a risk that there the next decade will be entirely shaped by “non-European actors who do not share our values and may even undermine them.” That said, he hinted that European legisation, such Europe’s data privacy laws may have to be revised  in order for Europe to remain competitive.

Conference goer Vivianne Reding, a prominent European politician, who, among other things, served as EU Commissioner for Information Society and Media where she was instrumental in the reform of the European telecom sector, , was in the audience and responded to Vox’s remarks. She said the EU must  regulate AI but not over-regulate it. She noted that she started work on Europe’s GDPR data policy in 2010 and that regulation must evolve to keep pace with developments.

Mckinsey‘s Niko Mohr hosted a panel on quantum computing., quantum sensing and quantum communications.  Mohr noted the amount of money that is pouring into this next generation computing technology.  China is investing $15 billion, the EU €7.2 billion and the U.S. $1.3 billion. The U.S. is leading though in the amount of private capital invested in the sector. Some 50% of global startup funding in the sector is in the U.S. and the 10 biggest hardware players in quantum computing are all based in North America. What’s more, the panel noted that all of the equipment needed for quantum communications is being made in China, so it is important for Europe to develop it own suppliers and manufacturers .

The world’s largest toymaker Lego has made a big breakthrough in its attempt to move away from oil-based plastics, unveiling the prototype for its iconic brick made from recycled drinks bottles. The Danish group said it expected to start selling recycled plastic bricks in 18-24 months after further testing.

The corporate and investment banking arm of Credit Agricole CIB has teamed up with Pasqaland and Multiverse to explore applications for quantum computing in finance.

French company Pasqal is developing a quantum computer based on neutral atoms arrays, a leading edge technology currently being trialled to build industrial quantum computers. Spanish company Multiverse Computing specialises in quantum algorithms which can be run both on quantum and classical computers.

The French bank says the project will seek to apply quantum computing to real world finance applications for capital markets and risk management, with the aim of outperforming current state-of-the-art algorithms.

Australia’s eftpos Group, a domestic payments network that facilitates the transfer of funds electronically when debit or some credit payments cards are used at the point-of-sale,  has rolled out its new digital identity service as a standalone fintech subsidiary. The new venture, dubbed connect ID and developed in conjunction with SecureKey, is now live, with the aim of making it easier for Australians to share, store and receive personal identity information online.

ConnectID acts as ‘broker’ between organisations that securely hold identity data on behalf of their customers, and merchants or government departments that need to verify who they are dealing with or receive identity information that they can trust.

Designed to work within the Federal Government’s Trusted Digital Identity Framework (TDIF) and the financial industry’s TrustID framework, the business has applied to become the first non-government accredited operator of a digital identity exchange in Australia.

The central bank of Russia is to begin pilot testing a digital ruble platform with 12 of the nation’s banks.

The central bank says it intends to finish development of the digital ruble prototype in December and commence testing in Junauary 2022.

Testing will take place in stages over several months with the aim of publishing a roadmap for possible implementation at the end of the pilot.

Russian spies accused of interfering in the 2016 U.S. presidential election have spent much of the past two years abusing virtual private networks (VPNs) to target hundreds of organizations worldwide, U.S. and British authorities said on July 1. The governments said in a joint advisory that Unit 26165, the arm of Russia’s military spy agency whose officers were indicted for allegedly breaking into Democratic Party emails, had been using VPNs and Tor – a privacy-focused network – to conduct “widespread, distributed, and anonymized brute force access attempts against hundreds of government and private sector targets.”

The advisory did not identify any of the targets by name, saying only that they were mainly in the United States and Europe and included government offices, political parties, energy companies, law firms and media organizations.