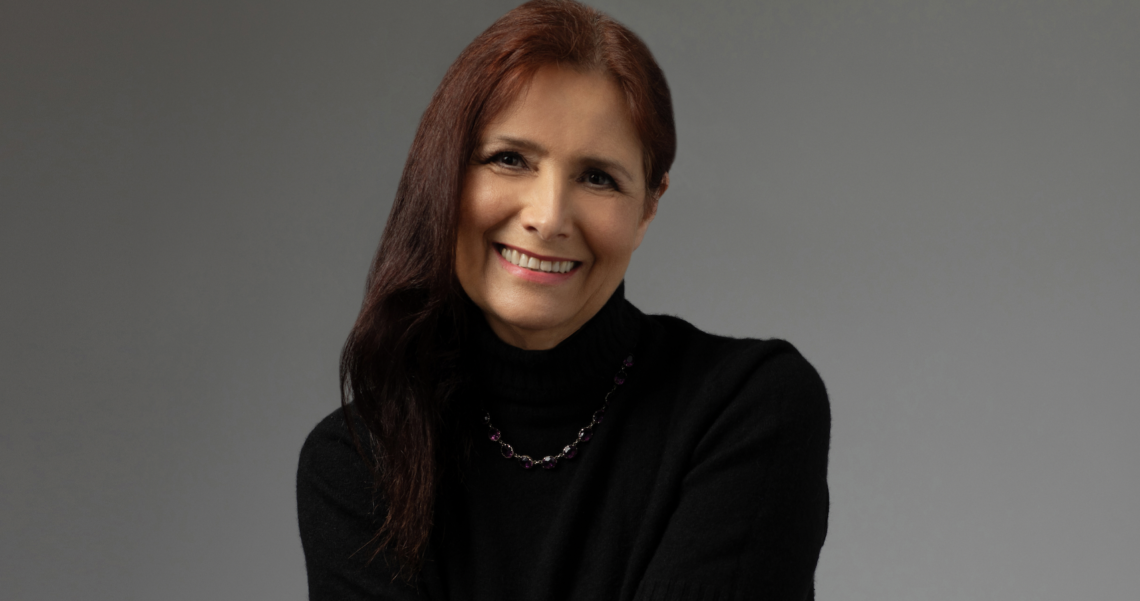 Kay Firth-Butterfield, Head of Artificial Intelligence and a member of the Executive Committee at the World Economic Forum , is one of the foremost experts in the world on the governance of AI and emerging tech. She is a barrister, former judge and professor, technologist and entrepreneur and was vice-Chair of The IEEE Global Initiative for Ethical Considerations in Artificial Intelligence and Autonomous Systems. She was part of the group which met at Asilomar to create the Asilomar AI Ethical Principles, is a member of the Polaris Council for the Government Accountability Office (USA), the Advisory Board for UNESCO International Research Centre on AI, EarthSpecies.org and AI4All. She regularly speaks to international audiences addressing many aspects of the beneficial and challenging technical, economic and social changes arising from the use of AI. She  spoke to The Innovator about AI and climate adaptability during the Forum’s annual meeting in Davos, which took place January 16 to 20. (The Innovator’s Editor-in-Chief moderated a panel in Davos that focused on the Forum’s work in this area.)

Q: Why  has the Forum launched an initiative on Data and AI For Climate Adaptation?

KFB: Mitigation efforts are not sufficient so now we have to look at adaptation. The annual number of annual natural disasters, such as mudslides, are expected to increase by 37% from 442 to 554 occurrences. As a predictive tool AI is extremely good at predicting weather events. AI needs sufficient data, and we have very good meteorological and geological data to help us model what the future will look like, but adaptability goes beyond that.  It involves things like how San Francisco thinks about increasing wetlands to protect its coastline and how we safeguard the natural, but also the built environment.

Huge investment is needed for climate adaptation and resilience, especially in the Global South, with the need for adaptation and resilience financing expected to reach $140 to $300 billion by 2030 for developing countries alone. There is also a people cost. According to the International Organization for Migration up to a billion people will become climate migrants and that number is expected to rise to 1.4 billion by 2060. These people will be on the move because the places where they live will become inhabitable. For business this means that their suppliers, customers and employees will be moving elsewhere and that many businesses will also have to relocate because of worsening conditions. This needs to be on the CEOs radar now because together, using AI, there may be some things we can do together, for example our work on FireAId with business.

KFB: Advanced analytics and AI will be key in accelerating efforts through improved climate modelling, hazard projections and scenario simulations.  Applying AI to wildfires is an example. The average annual global cost of wildfires is around $50 billion, while in 2021, global wildfires released an estimated 6,450 megatons of CO2 into the atmosphere. This devastating trend is set to continue: The World Meteorological Organization predicts an increase in extreme fires globally of up to 30% by 2050.  To help combat this problem, the Forum launched the FireAId initiative to address the wildfire crisis in January 2022. Our first effort has been focused on the Mediterranean region, which has been very hard hit by wildfires. The Forum and its partners worked with the Ministry of Forestry in Turkey to develop an algorithm that could predict where and when wildfires would occur.  A company called Koç Holding decided it could not watch its country burn and developed an AI tool. As part of the Forum initiative Koç successfully piloted it in the South Aegean and West Mediterranean region of Turkey. This wildfire risk mapping and logistic planning project improved wildfire prediction by combining static and meteorological datasets, reducing both response time and risk to firefighters. The tool, which will be scaled for wider use, has an 80% precision recall accuracy rate. The aim is to tell firefighters when and where a fire is going to start within a 24-hour window so they can take measure to prevent it from starting. This is crucial because we know that once wildfires start, they are very, very difficult to contain. How successful you are is often up to chance, although increasingly we can use AI to predict fire movement patterns. Having the predictability means that hard pressed fire services can go to work before the fire starts which starts with requiring owners to clear the biomatter which would allow a fire to start.  The next step is to involve more Mediterranean governments with the tools. Koç Holdings have agreed to open source it and put tech support behind it which is very important. Separately Deloitte is working in South Africa to create a predictive model there because each geography is different and needs its own algorithm. The consortium we have brought together is global and involves multi-stakeholders from Australia to Brazil to the Mediterranean to Africa. Our new multi-stakeholder Global Coalition on Wildfires includes countries, academics, NGOs, non-profits and businesses all coming together to share learnings, tools, and best practices because fires are caused by different events in different locations. For example, humans are hardly ever the cause of wildfires in Australia as opposed to in the USA. Currently the Forum’s Partners have sent fellows to work with us on this full-time from Koç Holdings, Deloitte, Saudi Aramco, BCG, and Salesforce.

Q: What are the main barriers to scale and impact?

KFB: The main barriers to scale are making sure the algorithms suit the geography and finding the right people in government to take up the use of the tools. We are now in the process of talking to governments in the Mediterranean region to trial the tool during the 2023 fire season. While developing the technical knowledge and tool has been solved by Koç, the data piece is more difficult. If we want to apply the tool to all the forests in the region, for example, we need access to forestry data points for the algorithm to work.

KFB: We are getting significant amounts of data from a wide variety of actors, including NASA, and technology pioneers like Planet, which specializes in satellite imagery. We know that Forum business partners who own large tracts of land are interested in applying these tools to their land and so this can be a true public private partnership. Thus, as well as working with governments we will be working with our partners to bring more tools to the coalition and help them take steps in their own land management for the betterment of their country and customers. In the future we will be looking at whether this approach could also suit other natural disasters for example flooding.

Q: What message do you want to get across to corporates?

KFB: If you are in business and this is not on your agenda then it should be because along with new technology developments like ChatGPT, this is one of the topics your CEO needs to be thinking about. Every business will be impacted by natural disasters caused by climate change. I would like to invite anyone interested in helping the Forum’s global project to get in touch with us.

To read more of The Innovator’s Interview Of The Week click here.