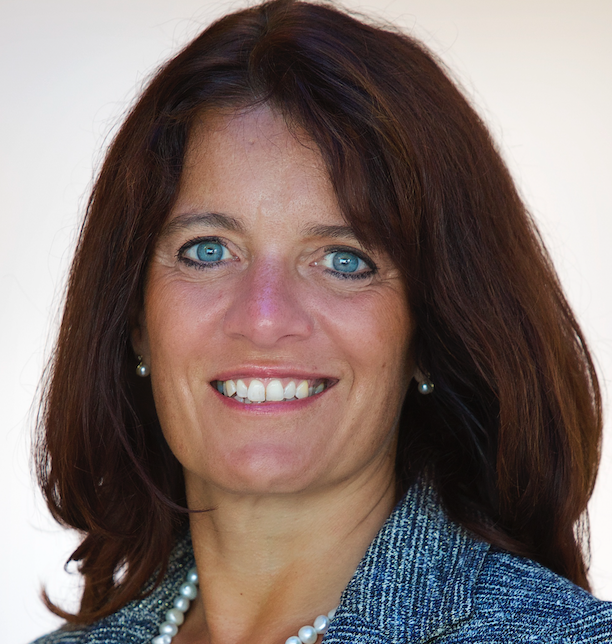 Annerie Vreugdenhil heads the new business area ING Neo and acts as the bank’s Chief Innovation Officer. She has held various positions since starting at ING in 1992, including Head of Innovation Wholesale Banking, Head of Corporate Clients Netherlands, Head of Commercial Banking Netherlands, Member of the Board of ING Domestic Bank Netherlands, a member of the team that designed and implemented the bank’s agile transformation, and Global Head of Real Estate Finance within ING Wholesale Banking.

In January 2018, she was appointed Head of Wholesale Banking Innovation. In this role Vreugdenhil was responsible for the innovation activities of Wholesale Banking, as well as the advanced analytics and blockchain team, with a goal of developing new solutions for clients and employees that will disrupt the core of ING or go beyond banking with the aim to create strong new revenue streams and/or lower costs for ING.

Vreugdenhil, who took on the role of chief innovation officer in January of this year, is a scheduled speaker on a panel at the 4YFN startup event in Barcelona June 28-July 1.  She recently spoke to The Innovator about how the bank manages innovation and works with startups.

Q: ING recently decided to put all innovation activities (Innovation Office, WB Innovation, Platforms & Beyond Banking), including the bank’s venture arm, in one unit called ING Neo, which you now head. What was the thinking behind this move?

AV:  We had tiny innovation teams in various divisions. Whenever I referred to teams, I was careful to mention that I was referring to one or two persons. The idea was by merging the whole thing together we could create more muscle. The second reason was that when ING started innovating some years ago the world was siloed into B2B and B2C but as more and more things moved to B2B2C to give a seamless experience to clients we decided to go that way too. We didn’t just merge, we had to organize things in a way to ensure success. Like a lot of corporations, when ING started innovating, we would throw spaghetti at the wall and hope it would stick. We learned a lot along the way, including the importance of connecting the innovation to the core of ING. Now we organize by value spaces, which are housing, disrupt lending, safe and compliant, financial health and trade. Each of these value spaces has a lead and their role is to connect to the mothership. These people are accountable for cross fertilization. They have to make sure that when we have invested in something we have agreements with the business line and that we co-create with them.

Q: Every corporation is struggling with the best way to work with startups. How does ING engage?

AV: We start by finding the big problems that need to be solved. Then we start a process of discovery to learn whether there are any fintechs already working on solutions. Our first route is partnerships, but we sometimes invest. Our venture arm has real objectives. If we invest in startups there must be a strategic value. We are not just a VC out to get a financial return. The goal is to make ING stronger for its clients. In slightly over 50% of the cases the startups we invest in do business with the bank but sometimes it doesn’t work. It is hard for a bank to work with relatively early-stage startups. To be onboarded by a bank a startup needs to understand the rigorous controls. Many startups underestimate this. I tell them this is not an ING thing. It is the world we live in. The journey to get to this enterprise-grade stage takes about one and a half years.

Q: In addition to your current role as head of ING NEO you are the chairperson of the supervisory board of komgo, an ING co-founded digital ledger (DLT) based start-up in trade and a member of the Board R3, a DLT based software company. How is the bank using blockchain and how do you see that evolving?

AV: We are now beyond the hype and see that for many use cases there are easier, cheaper solutions than blockchain. We started with the idea that smart contracts could be used with every transaction, but they are not standardized, and it is way too complicated to insert a hash in every single contract.  Where blockchain does have a function is trade, to prevent fraud. In some cases, the same inventory is presented as collateral to more than one bank, without them all knowing and agreeing. This is  fraudulous. If something goes wrong and the bank tries to put a claim on the inventory there is competition with other banks that have the same invoice. TRAKK, a tool developed by Komgo, allows users to stamp, trace, and authenticate digital documents. It ensures that any action that is registered on a document is linked to both the company and the individual authorized to perform the action, building a unique and immutable audit trail behind digital documents. The combination of this technology with some agreements gives value chain proof. A big trading company, for example, can mark all of its invoices that it uses TRAKK and tell a bank ‘if it hasn’t been marked with TRAKK it doesn’t come from us.’ This works because it combines  pragmatism with the strength of the technology. There is a real need for blockchain in trade and there is more and more traction in capital markets and liquidity management.

Q: Some banks are now studying the use of knowledge graphs as a way of better leveraging their data and AI. What plans does ING have to use data that is currently siloed to better understand their customers and offer more personalized services?

AV: We are progressing very well on the first big challenge which is creating access to all of the bank’s data. We have created a special analytics platform built on open source technology which is also used by companies like Lyft and Airbnb that allows us to analyze 14 billion transactions in a second. It used to easily take us 27 hours to run the model on the data. But it is not enough to have the data. You have to know where the data is coming from, organize access rights and to be able to instantly take data out if someone says they don’t want to share. It is really complicated and a lot of hard work. Knowledge graph technology helps bring relationships into context and is super interesting for applications such as combatting money laundering. It can give you a goldmine of information, but being able to use it is as hard as mining gold.

Q: What do you regard as your job’s biggest challenge?

AV: How to make enough impact to move the needle for ING.  New business models have to be meaningful to a bank with 39 million clients. They have to be a bit separate but also relatively close and fit with the brand. My goal is to establish cross fertilization and flywheels within the bank to create something really exceptional. To get there we have set up a bridge to the bank’s units with dedicated people. Our new CEO has additionally given KPIs to all board members on the roll out of specific innovations. It is a way to confirm our commitment to innovation so it is no longer easy for people to say ‘we have other priorities.’ We have a couple of things in our pipeline that we are launching in the market that have the potential to become bigger. One product, in particular, could become a platform business and have a real impact.

Q: What advice would you give to people heading up innovation programs at other companies?

AV: Start with a problem not a solution. On the enterprise side office workers are already easily using18 systems every day so yours will be system 19 for them. Employees are already complaining so if you come up with system 19 you had better solve a really big problem. The same is true for consumers. Your app will be the 300th app on their iPhone so if you want traffic on your app and don’t want them to just register and never turn into an active user, you had better nail a problem for them.  Be rigorous in your process and if you see that it is not going to fly make the decision to stop.  If during a proof of concept the people running it tell you ‘we pivoted’ it’s a big alarm bell because very often they are now targeting a slightly different problem. This can impact the addressable market, so you really have to take a step back and redo that part of the work before giving a green light.