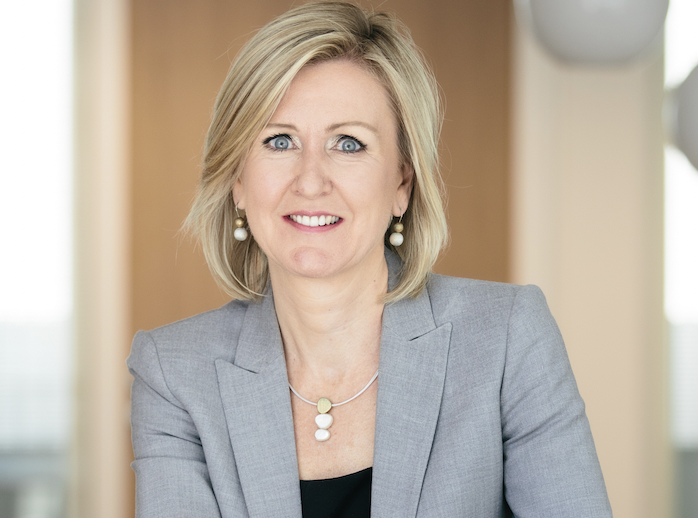 Ann Mettler is Vice-President, Europe at Breakthrough Energy, an organization founded by Bill Gates in 2015 to support the innovations that will lead the world to net-zero emissions. In this role, she works with European partners to accelerate clean tech innovation. Mettler previously served as Director-General at the European Commission where she ran the internal strategy department, reporting directly to then-President Jean-Claude Juncker. Prior to that she set up her own think tank, which she ran for more than a decade. Her career started at the World Economic Forum where she led the Europe department. Mettler, a speaker on an “Accelerating Clean Tech” panel at the DLD conference in Munich on May 21, which will be moderated by The Innovator’s Editor-in-Chief, recently spoke to The Innovator about the role of traditional business in accelerating clean tech innovation in Europe.

Q: Please describe Breakthrough Energy’s partnership with the European Commission and The European Investment Bank and what it is trying to achieve.

AM: In a nutshell we are trying to create a new generation of public-private partnerships through a first-of-a-kind finance vehicle designed specifically to rapidly scale and commercialize proven critical climate technologies. Europe has no shortage of innovation and does a good job with R&D and demonstration. However, it faces a real challenge when it comes to scale-up and commercialization – if Europe has one weak spot, it’s exactly this. So, the point is not just to develop a technology but to get it into widespread use. Compare this with the development of the COVID vaccine. It’s one thing to develop a vaccine. It’s an entirely different thing to distribute it to hundreds of millions of people. But that’s the way the real benefit is derived! In clean tech, it’s only the actual usage that will lead to real and lasting decarbonization. So, the scale-up, diffusion, and commercialization of these technologies needs to become a much more central element of climate policy.

Why? Because we know from the International Energy Agency that around half of the emission reductions we need to get to net-zero will have to come from technologies that are currently in the demonstration or prototype stage. That’s why we are focusing on four critical technologies: clean hydrogen, sustainable aviation fuel, long-duration energy storage, and direct air capture. Our aim is to ensure that the projects with the most transformational potential get the funding they need to scale up. Through our partnership, the EU and Breakthrough Energy Catalyst will jointly mobilize up to €820 million/$1 billion between 2022 and 2027 to identify—and quickly scale—the most promising emerging climate technology projects located in the European Union. Each euro of public funds from the partnership is expected to leverage more than twice the private funds, thereby significantly increasing the pool of funding available.

Q: How can traditional companies help close the funding gap in Europe?

AM: Industry can really make a difference. We see this through our Catalyst anchor partners, which are a group of pioneering companies putting equity and brands behind efforts to accelerate these emerging climate technologies through shovels-in-the-ground-type projects that can decarbonize entire industries. In general, what traditional companies can do is generate the necessary demand for clean technologies by committing to offtake agreements – so buying sustainable aviation fuel if you’re in the airline industry or committing to purchasing green steel if you’re in the automotive business. That’s for example what the First Movers Coalition (FMC) is trying to do. It’s a coalition of companies that are harnessing their purchasing power and supply chains to create early markets for innovative clean energy technologies. Breakthrough Energy is a primary implementation partner of the coalition, which was announced by U.S. President Joe Biden at the COP26 World Leaders Summit and created through a partnership between John Kerry, the U.S. State Department’s U.S. Special Presidential Envoy for Climate, and the World Economic Forum. The coalition’s 35+ companies have made ambitious corporate purchasing pledges across sectors that represent more than a third of global carbon emissions. That’s the type of action which can really move the needle.

Q: Can you point to some examples of successful public private partnerships involving large corporates that support European green innovations?

One company in the alliance, Northvolt, founded by former Tesla executives, was instrumental to making the EU Battery Alliance a success, bringing real expertise, and vowing to make the world’s greenest batteries. Large companies in the alliance – VW and BMW committed to offtake agreements, which proved transformational. It helped Northvolt secure the funding to make everything happen. In 2019 and 2020 it raised more than $3 billion to build giga factories in Sweden and Germany. So,we can see that big things can happen quickly, provided the right actors are brought together and act in unison to achieve a common goal.

That’s the type of acceleration we’re trying to support when it comes to the commercialization of emerging climate technologies. To take one more example, we’re working with the same organization that’s leading the EU Battery Alliance – EIT InnoEnergy – to pave the way for a clean hydrogen economy. Together, we set up the European Green Hydrogen Acceleration Center, which reached a major milestone last year: the creation of H2 Green Steel, a first-of-its-kind greenfield green steel plant in Sweden.

Q: Can you speak to the importance of supporting European technology innovation in the green sector so that European countries and European companies are not dependent on foreign solutions?

AM: Europe needs to think about these emerging clean technologies from three perspectives. The first is, obviously, climate. Innovation in clean energy technologies – along with the massive rollout of existing technologies and emissions cuts – is what’s going to protect us from the worst impacts of climate change. Wind and solar have proven themselves, now it’s time for the next generation of clean energy technologies, including long-duration energy storage which is needed as we become increasingly reliant on renewables, or clean hydrogen which is set to gradually replace natural gas.

A second aspect of Increasing urgency is energy security. We need a new energy system that involves not just weaning us off Russian oil and gas but weaning us off oil and gas – period.  If there is a silver lining in the horrific war we’re witnessing in Ukraine, it’s that it may accelerate the decarbonization and path to net zero at a speed that would have been hitherto unimaginable.  See for example the recent REPowerEU Action Plan which is set to get the EU off Russian fossil energy ‘well before 2030’.

Finally, there is a clear industrial policy element given the sizable and dynamic new markets that will be created in the coming years. Anything that can replace oil and gas in the short term will certainly receive a lot of attention against the security backdrop I just described – and also because of the high, and volatile, prices for fossil energy. But we also need to think bolder, like we’ve done in the past. The 1970s oil crisis gave birth to wind and solar. We need to ask ourselves which technologies we want to come out of this crisis?  I’m personally very inspired by the catalytic effect that COVID had on developing a vaccine in record time. Why can’t a war trigger a similar approach to accelerated technology breakthroughs in energy? A clean and sustainable moonshot, so to speak.

Q: What message would you like to get across to Europe’s largest companies and VC investors?

AM: Scale up, scale up, scale up. There is research out of Cleantech for Europe that looks at investment in Europe along the innovation cycle. For 2021, it shows that while Europe has caught up with the US when it comes to investing in startups – with clean tech venture and growth capital investment in the EU more than doubling year-on-year, reaching a new record of €11+ billion – we still lag behind on scale-up finance, netting just 15% of global growth equity.

I’ve always wondered why we are not investing in growing these mid-cap companies that have survived the startup phase and are clearly on a success path. It seems non-sensical. In my past life working in public policy, I spent a lot of time trying to help Europe catch up in digital technologies. A lot of money was spent on R&D, carefully nurturing startups in the digital space – but honestly, what do we have to show for it now? Many of these companies were either acquired by non-European companies or moved out of Europe! We can’t afford to let the same thing happen with clean tech. Otherwise, Europe which is good at innovating in the early stages – risks becoming an incubator for the rest of the world.