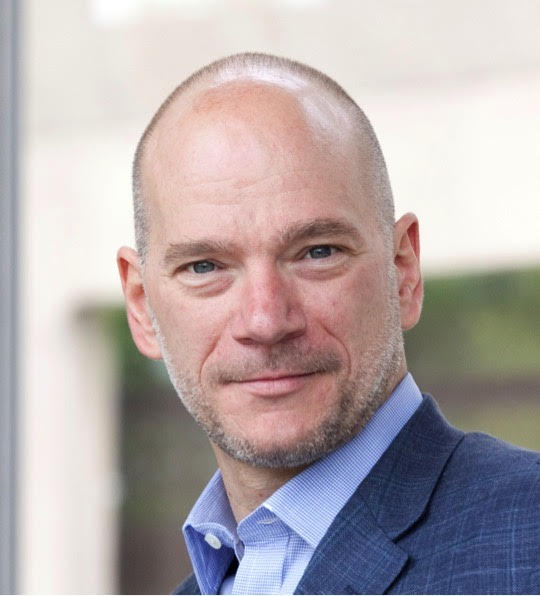 Andrew McAfee is the Co-Founder and Co-Director of MIT’s Initiative on the Digital Economy and a Principal Research Scientist at the MIT Sloan School of Management. He studies how digital technologies are changing the world. His new book The Geek Way is about how a bunch of techies figured out a better way to run a company; it will be published by Little, Brown in 2023.  McAfee and his frequent co-author Erik Brynjolfsson are the only people named to both the Thinkers50 list of the world’s top management thinkers and the Politico 50 group of people transforming American politics. McAfee, a speaker at DLD conference in Munich and an attendee at The World Economic Forum’s annual meeting in Davos this week, spoke to The Innovator about what geeks can teach businesses about running companies.

Q: What does your new book The Geeks Way focus on?

AM: If you look at where the headquarters of global top 50 companies by market cap are located between 2000-2022 you will see that both the distribution and the size have changed. The U.S. now has almost 80% of the total market cap of the top 50. Asia has 12% and Europe has 10% of the value left over. Then the question is what will graphs look like in future?  We have a clue about that if we look at where the unicorns are distributed. Instead of a break in the trend there is more of the same — the U.S. dominates. It is not that companies are not willing to spend on technology, they are taking their checkbooks out. The issue is that we need to start thinking of companies themselves as technology. Just as technology can be upgraded geeks have tinkered with what a company is and how it operates to make it work better.

Q: Can you give an example?

AM: Will Marshall CEO of Planet Labs [a provider of global, daily satellite imagery and geospatial solutions] was working for NASA, which is an industrial era bureaucracy. When they plan a mission, they need to plan out everything they are going to do in excruciating detail and double and triple check it.  It is all about process, structure, and hierarchy. Marshall went to his bosses and said essentially ‘I think we are overdoing this. NASA is saying we can’t do a mission to the moon for less than a billion dollars. I think we can do it for $100 million.’  He had a sympathetic boss that eventually allowed him to test out his ideas. Instead of planning everything out he and some guys bought components, slapped things together and built a lunar landing module for $300,000. When the NASA brass went on a tour of the section where he worked, they got a demo and to their credit approved a landing test, which they were able to do for $80 million dollars. It was a big win for NASA. But Will kept asking uncomfortable questions: ‘Why does it have to take so long? Why is it so expensive?’ He saw that there is a 90% overlap in the bill of materials used for communication satellites and smartphones, so he proposed launching a smart phone into space. They almost fired him, but they let him do it. He activated a network of space and imagery geeks and told them when to go into their backyards to receive the packets and then to email them to him. The packets were stitched together to get the first imagery from space from a smart phone. Smart phones cost around $500. This raised the question of why communication satellites cost $500 million. What are those extra six zeros doing? Eventually Marshall left NASA and co-founded Planet Labs, a company that puts up satellites that cost far less than those from NASA. These satellites scan the planet earth every day and make the data available to customers. What they do is cheaper, faster, and yes, better. This is a great example of the geek world view of a company and the view of companies from the industrial era and why, if your company is using an industrial era playbook, you had better throw that playbook away.

Q: Where do most companies go wrong?

AM: For one thing, traditional companies do way too much planning instead of iterating.  Agile programing was born in 2001 in Utah and has been reverberating in the halls of tech companies for the past 20 years. The mantra is ‘build it quickly and get it in front of the customer to get feedback.’ Also, things get blocked from crossing over from prototype to full scale adoption inside a big company all the time. The forces of the status quo are very strong. People don’t see the need for change, and they don’t want to change. There is a fascinating counter intuitive argument that says if you want to become innovative stop communicating because it slows everything down.  If you try and include everyone in the loop, they all feel like they need to give their two cents or protect their interests, with predictable consequences.

Companies in Silicon Valley I am familiar with have a different DNA: they are born in fire, move fast and have cultures of autonomy. Look at Amazon. It is very decentralized. You would think that would have changed when it scaled up, but it hasn’t.  Instead of putting an old-fashioned process in place they have resisted that and just let the innovators do what they do. Today CEOs of traditional companies are lining up to say they are technology companies. It is a smart way to look at it. Tech is changing every aspect of doing business, then people fill in the blanks. To me that implies that tech is not done disrupting the rest of the economy.

Q: What do you tell executives at traditional companies who seek your advice?

AM: Four practices need to permeate the organization. Number one is listening to the science instead of decision-making by hippo, ie letting the highest paid person’s opinion decide. Second is giving people autonomy and holding them accountable for results instead of setting up elaborate cross-functional processes. Third is speed — go for fast cycles of iteration. Number four is to be open to being challenged and changing direction. If you want your company to be a tech company, then you will be competing against geeks. These are people who look at things differently, go deep on a problem, get obsessed with it and fiercely work at until they think they find a good solution. They are willing to be unconventional and care nothing for the status quo. When you are competing against geeks the innovation needs to be the company itself.

For more of The Innovator’s Interview Of The Week articles click here.