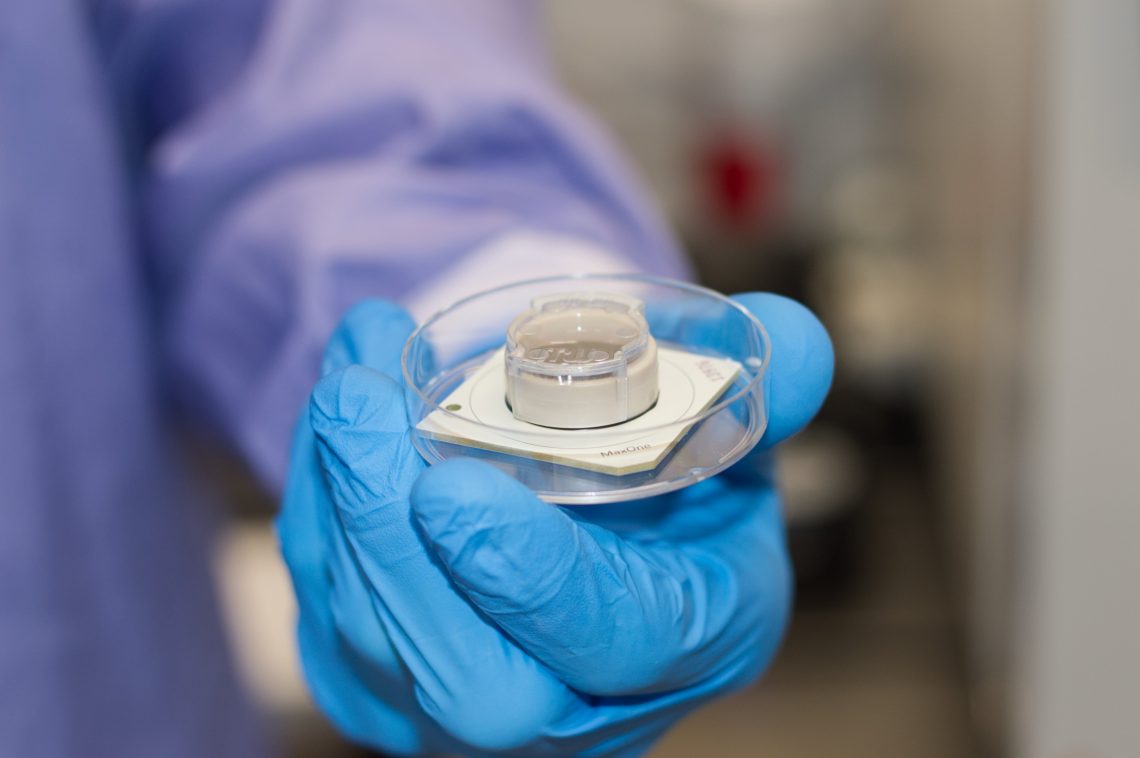 In cybersecurity and robotics adapting to changing environments requires real-time decision making. The trouble is that computing algorithms still have major limitations. They require intensive training to learn how to complete tasks and can’t “think on their feet.”

The biologists and hardware and software engineers behind a startup called Cortical Labs has developed what they say is a potential solution: the fusion of silicon with neurons. The venture capital-backed company, which is registered in Singapore but operates out of Melbourne, Australia, believes its hybrid chips could be the key to the kinds of complex reasoning that elude today’s computers and machine learning algorithms. Cortical Labs’ approach, which will be outlined during a talk at the Puzzle-X conference in Barcelona November 15-17, gives a glimpse of what the future of computing might look like and how it could impact sectors such as drug discovery, robotics, and cybersecurity.

“While machine learning does offer useful tools there is a gap between these systems and real -time dynamic learning,” says Cortical Labs’ Chief Scientific Officer Dr Brett J. Kagan. “We have ground truth that biology can achieve this.”

Fueled by the belief that biology might have the solution to unlock the holy grail of the AI research landscape, which is artificial general intelligence, Cortical Labs is pioneering the new field of biological computing, also known as synthetic biological intelligence.

Integrating neurons into digital systems to leverage their innate intelligence enables performance that is not possible with silicon alone, along with providing insight into the cellular origin of intelligence, says Kagan.  Cortical Labs developed DishBrain, a system which exhibits natural intelligence by harnessing the inherent adaptive computation of neurons in a structured environment. In vitro neural networks grown from ethically sourced stem cells induced from adult cells are integrated with in silico computing via high-density multi-electrode array.

The resulting hybrid chip works because both brains and neurons share a common language: electricity. In silicon computers, electrical signals travel along wires that link different components together. In brains, neurons communicate with each other using electric signals across junctions between nerve cells known as synapses.

In a proof-of-concept trial completed in 2021 Cortical Labs simulated a game world, mimicking the arcade game ‘Pong’ It chose Pong because it is a well understood example. It takes machine learning algorithms 5000 hours to learn how to play. Through electro-physiological stimulation and recording, hybrid cultures were embedded in a simulated Pong game. Learning was apparent within five minutes of real-time game play, not observed in control conditions, according to the startup. Further experiments demonstrated that closed-loop structured feedback could elicit learning over time. The upshot was that the hybrid cultures displayed the ability to self-organize in a goal-directed manner in response to sparse sensory information about the consequences of their actions, says Kagan.

“We wanted to investigate whether these cells would be able to alter their activity – i.e. display intelligence – to respond in a specific manner if you tune the parameters of how they interact with the simulated environment,” says Kagan.  Cortical Labs found that it could. It used electrical stimulation to give feedback to neurons about their actions and to drive their behavior based on what is known as the free energy principle: neurons want to minimize their variational free energy by reducing the difference between their internal model of the world and the reality of what is happening through feedback they get about their actions.

“The exciting implication of this is that even simple fully synthetic systems are able to adapt,” says Kagan “Comparisons to reinforcement learning is now under peer review but we have seen compelling evidence that biological computing systems learn faster than machine learning algorithms based on sample efficiency.”

While researchers have been exploring the possibility of adding neurons to computer chips for over 20 years Cortical Labs says it is the first to achieve the proof of principle for tapping into a fundamental property that drove the cell activity to respond in a simulated game world in a goal-directed manner.

The company, which was founded in 2019 by Dr. Hon Weng Chong, a licensed medical doctor and software engineer who studied at John Hopkins university’s Department of Informatics and Andy Kitchen, a computer scientist, researcher, and software engineer whose work history includes on-the-ground experience at three high-tech startups, credits its success to date to its multidisciplinary approach.

Cortical Lab says it believes it can replicate the results of its proof-of-concept trial at scale and build up more complicated systems. Kagan says it will have prototypes ready in the next few months and hopes to commercialize devices within the next 24 months.

MOVING FROM THE LAB TO BUSINESS APPLICATIONS

One of the first applications is drug development. For example, Cortical Labs is currently testing the effectiveness of  pharmaceuticals on epileptic cells. The success rate of drugs for CNS diseases passing clinical trials is only about 6% for iterations and for truly novel drugs it is below 1%.”If we can provide a better way to screen drug compounds it could drastically reduce the cost of doing testing and create a lot of value,” says Kagan. “Current in vitro drug testing typically at best looks at whether neurons change their firing, but the function of a neuron isn’t merely to have activity, but to process information, by looking to see how neurons change their processing in more complex ways we better understand how the drug impacts them.”

The metaverse and robotics are two other sectors that biological computing or synthetic biological intelligence could have an impact. For example, a system that is developed in a virtual digital world –such as a virtual assistant -could be given biological intelligence so it could understand unclear signals and respond and interact by quickly adapting, giving users a much better experience than they currently get with chatbots. The same approach could also make physical robots more intelligent. Kagan cautions however that “we are not building a person in a dish. What we are doing is using neurons as a biomaterial that could help virtual or robotic assistant process information in a more suitable way and output that info in a different way,” he says. “We can help make them more sentient in how they sense and respond to information, but this is not the same as consciousness.”

“Traditional silicon computing has had 60 years to mature as a technology that we are familiar with today,” says Kagan. “Never did the early pioneers of that industry imagine that their creations would one day power every aspect of our lives from the way we work to the connections we make in our personal lives. We believe what we have accomplished is a humble start to as equally promising a new field of science with resulting technological applications that have yet to be imagined. We hope that this will inspire other researchers and engineers to embrace this technology and explore the limits of where we can go with biological computing.”