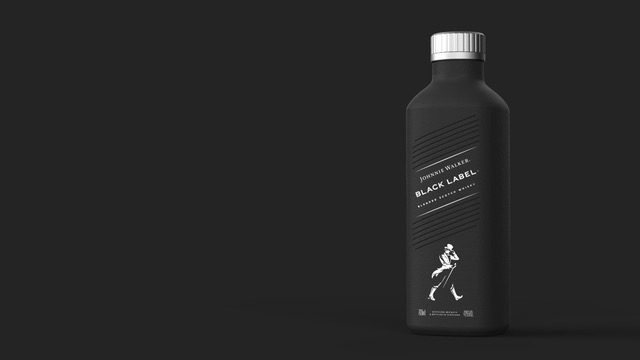 Diageo, the U.K.-based maker of Johnnie Walker, Smirnoff and Guinness, announced the launch of Pulpex Limited, a new sustainable packing company, and said it is  establishing a partner consortium of world leading fast moving consumer goods companies (FMCGs), including Unilever and Pepsico, to extend the green technology’s reach.

Pulpex, which is jointly owned by Diageo and Pilot Lite Group, parent company of Pilot Lite Ventures and Pilot Lite Capital, a  venture management that specializes in helping Fortune 500/FTSE 100 corporates accelerate the commercialization of innovation, has created what it claims is the world’s first ever 100% plastic-free paper-based spirits bottle out of sustainability sourced pulp. The eco-friendly bottles aim to allow brands to rethink their packaging designs, or move existing designs into paper, without compromising on quality.

It is just one example of how European companies are seizing the opportunity to differentiate themselves by working on innovations targeted around the U.N.’s Sustainable Development Goals (SDGs) A new movement called “RE:SET: Made in Europe” that is gathering support from the Continent’s business leaders, top entrepreneurs,  venture capitalists, family offices and policy makers, is encouraging such initiatives.

Businesses have a real incentive to act: some 79% of consumers are changing purchase preference based on the social responsibility, inclusiveness or environmental impact of their purchases, according to a Capgemini global survey released last week.

Diageo said the Pulpex bottle will debut with Johnnie Walker, a Scotch Whisky brand, in early 2021.

Pulpex Limited’s technology allows it to produce a variety of plastic-free, single mould bottles that can be used across a range of consumer goods. The packaging has been designed to contain a variety of liquid products and the company said it will form part of Diageo’s commitment towards Goal 12 of the SDGs: ‘Responsible Consumption and Production.’

Unilever is trying to half its use of virgin plastic, reducing its use of plastic packaging by more than 100,000 tons in the next five years, Richard Slater, the company’s Chief R &D Officer, said in a statement. “ Joining forces to develop and test paper bottles is an incredibly exciting step forward, and we’re delighted to be working together to tackle one of the biggest environmental challenges of our time,” he said.

Innovative solutions and partnerships are critical to “driving meaningful progress toward a circular economy,” Simon Lowden, Chief Sustainability Officer, PepsiCo, said in a statement. “The Pulpex consortium is well positioned to deliver sustainable packaging at scale and across industries, having impact beyond what any organization could achieve alone.”

The consortium partners are each expecting to launch their own branded paper bottles, based on Pulpex Limited’s design and technology, in 2021.

In a decision that could disrupt thousands of companies that rely on the agreement. Europe’s highest court ruled on Thursday that a transatlantic data transfer deal is invalid because of concerns about U.S. surveillance. The ruling effectively ends the privileged access companies in the United States had to personal data from Europe and puts the country on a similar footing to other nations outside the bloc, meaning data transfers are likely to face closer scrutiny

Russian hackers are attempting to steal coronavirus vaccine research, the U.S., British and Canadian governments said Thursday, opening a dangerous new front in the cyberwars and intelligence battles between Moscow and the West.

Twitter suffered the most catastrophic security breach in the company’s history.

Ghost Kitchens Could Be A $1 Trillion Market By 2020

Mori, a startup spinning out of MIT and Tufts says it can reduce food waste by effectively marinating sausages, strawberries or steaks with an imperceptible and edible micro-layer of silk-based proteins. These keep all sorts of food from going to waste, the team claims, and tapers back dependence on single-use plastics.

Big Coffee Sellers Use Blockchain To Connect Farmers And Customers

Johnson & Johnson said Thursday it plans to begin the first human studies of its experimental coronavirus vaccine next week, as it races to make the shot available starting early next year.

In August, a robot vaguely resembling a kangaroo will begin stacking sandwiches, drinks and ready meals on shelves at a Japanese convenience store in a test its maker, Telexistence, hopes will help trigger a wave of retail automation.