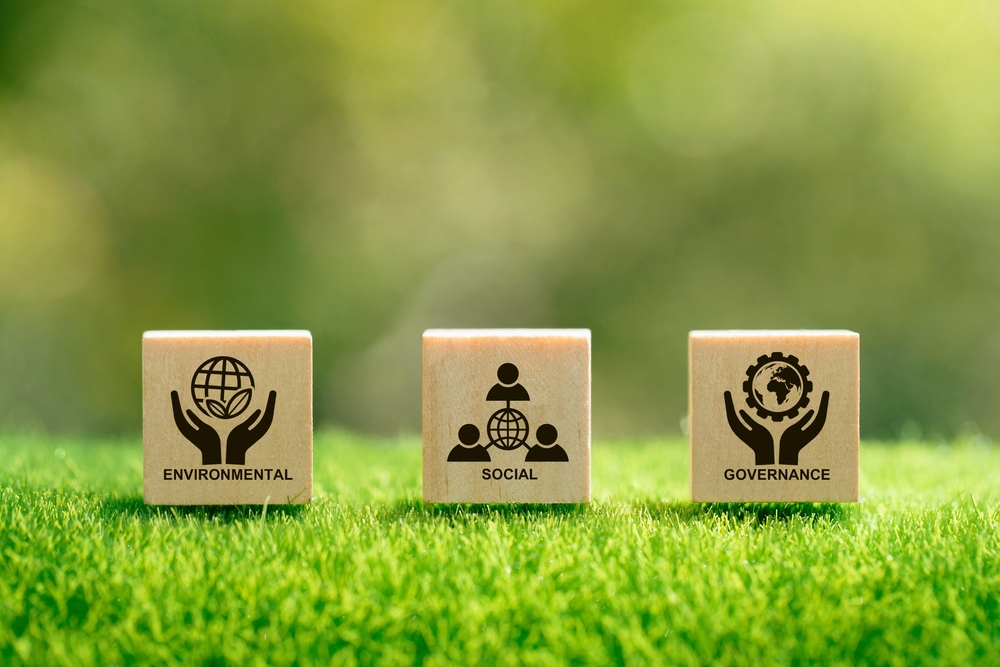 The CEO of German asset manager DWS Group resigned this week after police raided its offices and those of its majority owner Deutsche Bank as part of a probe into  allegations of greenwashing. The raid was prompted by accusations by a former DWS executive-who said the company had made misleading statements in its 2020 annual report over claims that more than half the group’s $900 billion assets were invested using environmental, social and governance (ESG) criteria.

The issue of greenwashing — a term used to describe companies that make misleading statements about their environmental credentials — has become one of the most fiercely debated topics in investment management, according to the Financial Times. But the events of the last few weeks have shown that ESG has also become a highly charged topic in its own right for companies ranging from Tesla to McDonald’s.

“I have yet to see an ESG list that isn’t fraudulent,” tweeted Elon Musk, in response to a story about the greenwashing probe of DWS. He is reportedly furious because Tesla – whose stated mission is to accelerate the world’s transition to sustainable energy – was dropped from Standard and Poor’s ESG index last week while fossil fuel company Exxon made the cut.  In explaining the decision Margaret Dorn, Senior Director, Head of ESG Indices, North Americ S&P Dow Jones Indices said in a blog post that “while Tesla may be playing its part in taking fuel-powered cars off the road, it has fallen behind its peers when examined through a wider ESG lens.”  She specifically cited . “two separate events centered around claims of racial discrimination and poor working conditions at Tesla’s Fremont factory, as well as its handling of the NHTSA investigation after multiple deaths and injuries were linked to its autopilot vehicles.”

Meanwhile McDonald’s scored a victory last week in a months long battle over the makeup of its board of directors that brought its ESG practices directly into the spotlight. At issue was McDonald’s alleged mistreatment of pigs in its supply chain. McDonald’s is not the first, nor will it be the last, company to face criticism during board elections over ESG practices., notes the U.S.’s National Law Review. “With the media, SEC, and citizens alike focused so much on ESG related issues, companies must understand that there are risks in overstating ESG related efforts, goals, and metrics,” says a June 2 article in the publication, “Any statements, disclosures, prospectus materials, or even marketing materials must be scrutinized closely for accuracy, while sound and reasonable marketing statements that touch on ESG factors must be the standard for companies to follow.”

The growing scrutiny and pressure on companies is leading to a backlash against ESG metrics, says the New York Times. Earlier this month, former Vice President Mike Pence, a potential 2024 Republican presidential contender, said he wanted to rein in ESG, claiming it elevated left-wing goals over the interests of businesses and their employees. BlackRock, an outspoken leader in sustainable investing, has said it would support fewer shareholder proposals on climate issues because many are too “prescriptive.” And earlier this year, the private equity executive Steve Schwarzman, among others, blamed ESG for creating a credit crunch for energy companies, which he said was a contributor to the soaring price of oil.

The World Economic Forum argues that holding companies accountable for their environmental footprint and impact on society is more important than ever. Complicating its uptake is the fact that– until now – there have been no agreed upon metrics. The Forum is trying to fix that.To promote alignment among existing ESG frameworks, the Forum, with Partners including Deloitte, EY, KPMG and PwC, has identified a set of universal metrics and disclosures which it calls the Stakeholder Capitalism Metrics.

During the Forum’s Annual Meeting in Davos May 22-26, the Forum announced that 70 companies have already included the Stakeholder Capitalism Metrics in their mainstream reporting materials, including annual reports and sustainability reports. Drawn from established standards, the Stakeholder Capitalism Metrics promote alignment among existing ESG frameworks to create a set of data points that can be compared between companies, regardless of their industry or region. The metrics include non-financial disclosures centred around four pillars: people, planet, prosperity and principles of governance and include measurements around greenhouse gas emissions, pay equality and board diversity, among others.

M-Pesa, the mobile phone-based African money transfer service owned by Kenya’s Safaricom and Visa launched a virtual payment card on June 2 in a bid to capture some of the African continent’s $40 billion-a-year subscriptions market.The M-Pesa Global Pay Visa Virtual card will allow users to securely pay 100 million foreign merchants like Amazon and Alibaba from their mobile phones, without the need for credit cards or accounts with processors such as PayPal.The virtual card is also targeted at the fast-growing subscriptions markets in Africa for services like Netflix and Spotify, M-Pesa Africa Managing Director Sitoyo Lopokoiyit told Reuters.

In an effort to break Amazon and Walmart dominance of its e-commerce sector, by establishing its own open network, India has begun lining up banks and other key players needed to move it forward, sources told Reuters. Some of India’s biggest banks are in discussions about setting up “buyer platforms” to let their customers place orders for goods and services over the Open Network for Digital Commerce, which the Indian government soft-launched in April, the sources told Reuters.The success of the network, which would promise equal access to all online sellers and buyers regardless of their size, is a priority for Prime Minister Narendra Modi, who faces pressure from small businesses to act against the outsized influence of Amazon and Walmart’s Flipkart in India’s e-commerce.

Airbus is opening a UK-based facility focused on hydrogen technologies, a move which represents the firm’s latest attempt to support the design of its next generation of aircraft. In a June 1 statement Airbus said the Zero Emission Development Centre in Filton, Bristol, had already begun working on the development of the tech.One of the site’s main goals will center around work on what Airbus called a “cost-competitive cryogenic fuel system” that its ZEROe aircraft will need. Details of three zero-emission, “hybrid-hydrogen” concept planes under the ZEROe moniker were released back in Sept. 2020. Airbus has said it wants to develop “zero-emission commercial aircraft” by the year 2035.

New York Poised To Crack Down On Bitcoin Mining

Following an early morning vote on June 3, lawmakers in New York passed a bill to ban certain bitcoin mining operations that run on carbon-based power sources. The measure now heads to the desk of Governor Kathy Hochul, who could sign it into law or veto it. If Hochul signs the bill, it would make New York the first state in the country to ban blockchain technology infrastructure, Perianne Boring, founder and president of the Chamber of Digital Commerce, told CNBC. Industry insiders also tell CNBC it could have a domino effect across the U.S., which is currently at the forefront of the global bitcoin mining industry, accounting for 38% of the world’s miners.