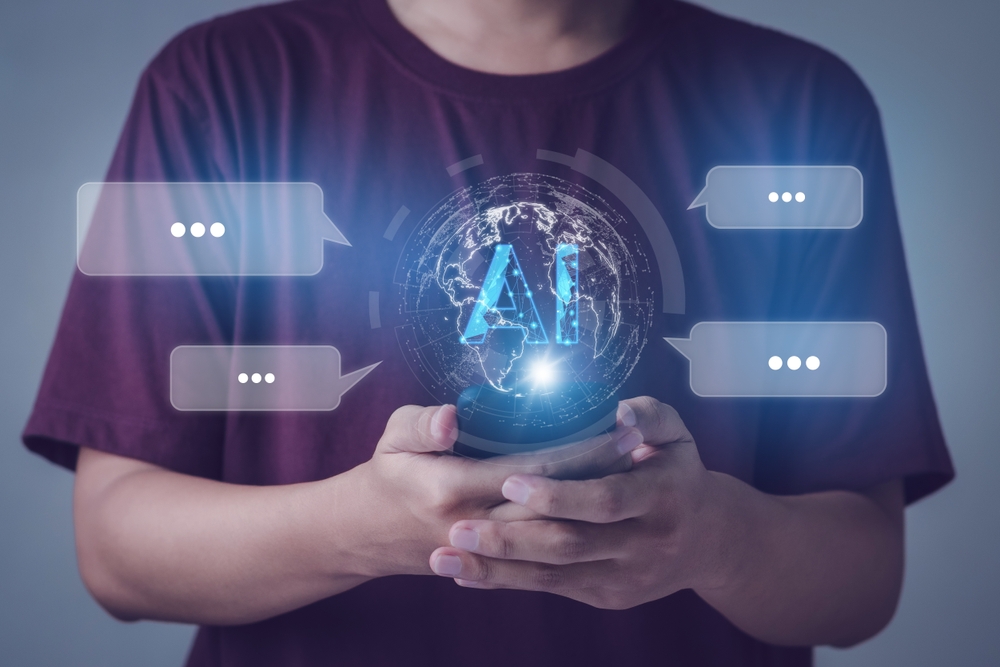 ChatGPT, a new cutting-edge AI  chatbot that was opened  to the public for testing last week, attracting a million people in the first five days, is the latest example of  generative artificial intelligence, AI which can generate new content rather than simply analyzing or acting on existing data. It is being hailed as the next era-defining technological innovation, changing how we create new content online or even experience the Internet.

While chatbots to date have had major limitations, ChatGPT, which was created by AI research lab OpenAI, is based on natural language generation technology. “The dialogue format makes it possible for ChatGPT to answer followup questions, admit its mistakes, challenge incorrect premises, and reject inappropriate requests,” writes OpenAI on its announcement blog page. Among other things ChatGPT can write poetry, correct coding mistakes with detailed examples, generate AI art prompts and write new code.

ChatGPT  has not only created a much better chatbot it could also transform how the Internet itself functions, with some going as far as predicting that it could spell the end for Google.

“Why scroll through mountains of ads and useless results when you can just ask a question and then a system trained on the entire corpus of the English-language Internet provides just that answer?” asked the UK’s Sunday Times.

Assessing ChatGPT’s blind spots and figuring out how it might be misused for harmful purposes are a big part of why OpenAI released the bot to the public for testing. With good reason: “While this outlook might make it sound as if generative AI is the ‘silver bullet’ for pushing our global society forward,” said VentureBeat, “it comes with an important footnote: the ethical implications are not yet well defined. This is a severe problem that can inhibit continued growth and expansion.”

For starters, ChatGPT “quickly spits out eloquent, confident responses that often sound plausible and true even if they are not,” notes VentureBeat.   Stack Overflow, the Q&A site for coders and programmers, has temporarily banned users from sharing ChatGPT responses because so many of them are wrong.  Industry observers have been wondering out loud if a site for coders and programmers can’t keep up with plausible but incorrect information how will search engines and social media sites cope?

Text-to-image AI models, such as OpenAI’s DALL-E program, which generate detailed original images based on simple written inputs and are already starting to transform advertising, gaming, and film making, also pose issues.  “People can easily find themselves the target of AI-generated fake videos, explicit content and propaganda,” said VentureBeat. “This raises concerns about privacy and consent. There is also a looming possibility that people will be out of work once AI can create content in their style with or without their permission.”

Already Shutterstock, one of the Internet’s leading stock image companies, announced it was partnering with OpenAI to launch a new tool that would integrate the generative AI DALL-E 2 into its online marketplace, raising concerns that bots will take away jobs from humans.

“I think there are two choices in this world. Shutterstock CEO Paul Hennessy told Fast Company.  “Be the blacksmiths that are saying, ‘Cars are going to put us out of the horseshoe-making business’, or be the technical leaders that bring people, maybe kicking and screaming, into the new world.”

The fintech venture backed by Walmart Inc is planning to launch buy now, pay later loans as soon as next year, the Information reported on December 8.The retail giant last year entered a strategic partnership with investment firm Ribbit Capital to create the fintech startup, known as “One”

Thales and German fusion energy startup Marvel Fusion announced that they will team to upgrade the laser system of the Extreme Light Infrastructure for Nuclear Physics (ELI-NP) in Măgurele, Romania. With the upgraded laser, Marvel Fusion aims to validate key aspects of its technology for fusion energy. This will make Marvel Fusion the first private company to establish a scientific collaboration with the world’s most powerful laser facility ELI-NP. Thales, this will strengthen its leadership position in the design, development, and manufacturing of solid-state lasers for science, industry, and space.

Electric Driverless Tractors Are About To Hit The Market

Monarch, a California-based maker of autonomous electric tractors, announced it had launched production of its first model of a driver-optional, all-electric tractor. Its first customer is Constellation Brands, a large wine and spirits producer.