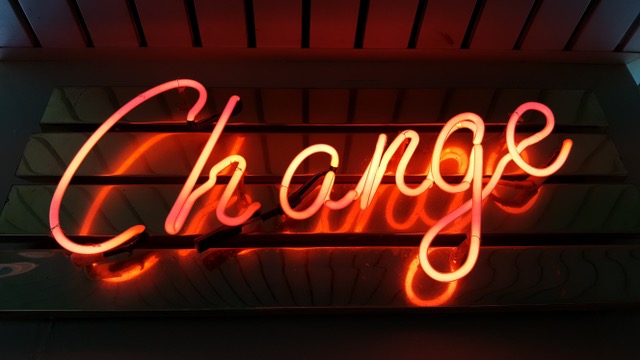 How will the COVID-19 crisis affect corporate innovation? The Innovator brings you an exclusive story on the results of a survey of 23 multinational corporations, including Danone, Generali, Suez, Iberdrola, Rabobank, Philips and HP. Among the report’s key findings: innovation budgets will be maintained and in some cases aggressively increased; corporates will actively seek to bring in innovation from the outside through mergers and acquisitions; digitalization will speed up and innovation teams will gain more clout as the pressure to create new revenue streams increases and corporates start to more eagerly embrace change.

To conduct the survey Startup Reseau, an Indian accelerator, and Noba Ventures, a Barcelona-based company that specializes in helping corporates launch new ventures, arranged Interviews with executives from pharmaceuticals, banking, information technologies, fast moving consumer goods (FMCG), utilities, logistics and seven other sectors, via video conferencing, over a three-week period between April 20 and May 8. Just over 50% of the respondents are CIO’s, heads of innovation or innovation directors and managers while 20% are CEOs, directors of global business or general managers. The remaining 29% are other key stakeholders such as strategic advisors and investment analysts.

The survey’s findings run counter to common wisdom. Many assume that innovation budgets will take hit when they see the dramatic headlines of global workforce layoffs and aggressive cost cutting announced since the global pandemic began. This assumption was reinforced by a May 13 forecast from research firm Gartner which predicts that global IT spending will decrease by 8%. Gartner said the coronavirus and effects of the global economic recession are causing CIOs to prioritize spending on technology and services that are deemed “mission-critical” over initiatives aimed at growth or transformation.

But in Noba Ventures and Startup Reseau’s survey 17 of the 23 participants said they foresee little or no cuts to their innovation budgets. Two even appear to be bullish and anticipate aggressive increases.

“Most of our participants view the crisis as a unique opportunity to take pause, conduct due diligence of objectives, and reprioritize initiatives, with little or no impact on investments,” concludes a report on the survey, which was released to The Innovator before other press outlets. “The focus is on resilience, ie the ability to rapidly adapt and respond to disruptions while maintaining business operations.”

So where will companies look for sources of innovation? The large corporates who have suffered the most during the pandemic are businesses with higher CAPEX. The need for slimmer, more flexible structures and an ability to pivot quickly is making cash-strapped startups increasingly attractive to larger companies, according to the survey. Eight participants said they foresee becoming more aggressive about seeking external innovation and are expecting a stream of M&A activity. What’s more 12 of the survey participants said they are prepared to change their business in a very short period of time, opening up the opportunity for transformational investments, beginning with more rapid digitalization.

Such change is not only possible, but in some cases, inevitable because in a few short months the coronavirus has upended the objectives and strategic initiatives in the three, five- or ten-year plans of many corporates.

Planning ahead in the current unstable environment is not easy. Several of the corporates interviewed in the survey said planning is taking shape across three distinct phases:

● Coexisting with the Virus (and general uncertainty): Adopting new ways of working and new opportunities in an 18 to 24-month horizon

● Embracing the New Normal: Figuring out what the sector will look like two years from now and beyond and what role will my company will play in shaping the industry

That said, the impact of the virus is occurring at different speeds and geographies, adding complexity for multinational organizations with multiple business units. “As a result, planning will be an ever-evolving roadmap, and it is absolutely necessary to set internal procedures and processes that enable quick decision turnaround,” the report on the survey says.

So what has been the impact on innovation so far? Interviews conducted as part of the survey indicate that digitalization and product development are speeding up:

· A pharmaceutical company that participated in the survey said their sales force is rapidly shifting to making doctor office visits online. This will not only build the digital capability of the internal sales force, it will prompt an older generation of doctors who so far have been resistant to going digital to get online and allow the pharmaceutical company to aim for a younger segment of practitioners who until now have not been a target.

· A water utility company interviewed said the maintenance of their water supply network relies on a considerably large workforce in the field. The pandemic has made the digitalization of task planning and control centers a priority.

· An innovation manager for a major global FMCG group surveyed said that consumer tolerance for ‘imperfect’ innovation has dramatically increased. Their clients would rather have a minimum viable product today than a perfected version of the product tomorrow.

· The same Is starting to be true in the medical sector, specifically related to regulatory affairs, with governing bodies adopting a more lenient approach in order to get products to market faster. This was the case of the Oxygen project, an open-source 3D-printed ventilator, led by Protofy.xyz. Noba Ventures published an article a month ago about the “MacGyver technique” for prototyping, and how the Covid-19 crisis is encouraging ways of launching businesses and products faster.Overall the survey found that the pandemic is forcing organizations to get out of their comfort zones and think differently. As a result, innovation teams are expected to gain more clout inside the corporate structure and digital transformation will be accelerated. The digitalization of distribution channels, a culture of remote working and online networking are just a few examples of developments that were long overdue for the majority of the companies surveyed. The sudden and rapid embrace of digital in new parts of the business are expected to translate into a jump in worker productivity, predicts the report. At the same time the very methodologies of innovation are being transformed. “A sense of urgency has proven that both customers and companies are happy with ‘imperfect-but-now’ solutions, which strengthens a culture of agile development, says the report. Allowing for a fail-fast approach will certainly ensure more customer-driven businesses.” The pandemic is also forcing changes in corporate culture., says the report. It notes that companies that embraces uncertainty and new ways of working are likely to be more resilient. “A crisis that is handled well is filled with opportunity,” concludes the report. “Our participants are optimistic and excited about the opportunities that lie ahead with the help of innovation, reinvention and imagination.”

Former Cisco Executive Chairman and CEO John Chambers addresses how to manage through a crisis in this first in a series of exclusive columns for The Innovator.