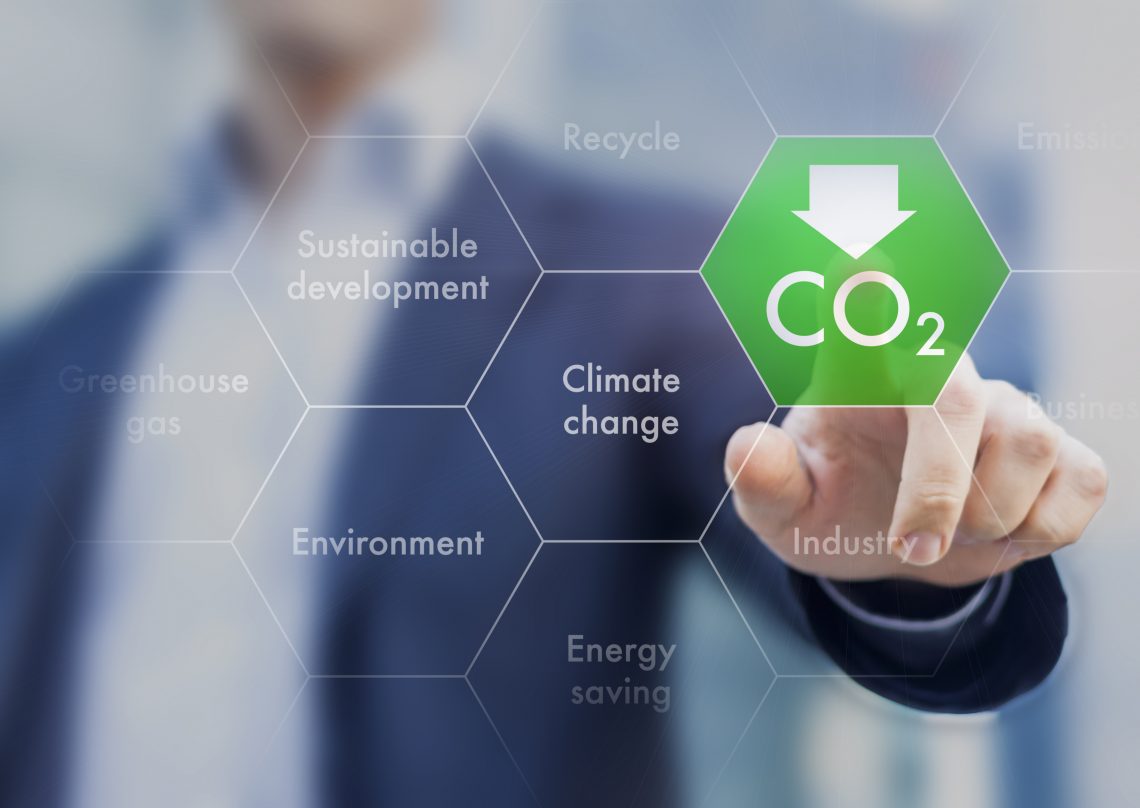 It looks like carbon labeling- the listing of each product’s carbon footprint – is about to become de rigueur. This week Unilever said it plans to place carbon labels on its entire inventory, some 70,000 products ranging from shampoo to coffee, mayonnaise and deodorants. And software maker SAP announced that it has developed technology that will help other companies do the same. SAP said it hopes some of the world’s largest corporations will ultimately be “forced” to install a new software suite that can measure and analyze the carbon footprint of individual products. Fifteen businesses, including chemical and auto manufacturers, and U.S. and European leaders in the energy, mining, health, food and engineering sectors, have already begun to incorporate SAP’s system. The software suite, part of a program called Climate 21, seeks to give companies accurate measures of the carbon cost of their entire supply chains, including production, raw materials, energy use, transport and disposal.

SAP, which has roughly 440,000 customers and claims its technology is involved in almost 80% of the world’s transactions, told the Financial Times it believes it is well-positioned to “create a network effect”. Currently there are no standards or third-party verification available for carbon labeling but Marc Engel, Unilever’s global head of supply chain, told Bloomberg that he believes that soon there will be an independent standard for carbon labeling just as there is for nutritional labels on foodstuffs.

Unilever’s announcement this week on carbon labeling is part of a larger plan by the company to zero out all emissions from its own operations and those of its suppliers by 2039. The global carbon disclosure nonprofit CDP already ranks Unilever highly for climate-friendly corporate governance and prioritizing emissions reduction in its supply chain. The conglomerate set its first science-based climate target back in 2010, when it committed to cutting all the emissions associated with its products by half by 2030. Unilever’s emissions continued to rise until 2016, but they’ve been falling ever since. The company’s biggest rivals, Kraft Heinz. and Procter & Gamble, fare far worse on CDP’s scale.

Unilever was not the only company to announce measures to reduce carbon emissions this week. In separate announcements multinational food processing company Tetra Pak, Infosys, an Indian company that provides business consulting, information technology and outsourcing services, and U.S. telecommunications conglomerate Verizon also pledged to cut back their carbon emissions.

To accomplish its new goals, Unilever will aim to reduce greenhouse-gas emissions as far as possible before leaning on carbon offsets. While in theory these offsets balance out emissions by funding activities such as tree planting, landscape restoration, and regenerative farming—all of which can to suck carbon out of the air and put it back in the ground—in practice serious questions remain about the carbon accounting used by many companies offering offsets.

Indeed, in a guest article published in the Sunday Guardian Satya S. Tripathi, U.N. Assistant Secretary-General and Head of the New York office at United Nations Environment Program (UNEP) and Secretary of the UN Environment Management Group and Robert Nasi, Director General of the Center for International Forestry Research, called for corporate carbon footprint pledges to be backed by transparent timelines and measurable metrics.

“If we are to take pledges of action seriously, and not merely applaud the promises, corporations and other entities must back up their words with detailed, transparent timelines, setting out what measures will be taken and when,” the authors said. “Then, we can properly assess the likelihood of these plans yielding fruit.”

Their article recommended that carbon footprint reporting be loosely modeled on the sort of guidance and reporting routinely provided by publicly traded companies for financial markets and shareholders.  “Certainly, no auditor or investor would accept vague assurances concerning corporate financials, but would demand detailed, long-range financial plans necessary to achieve stated goals,” the article said.” The world needs much more than a constant stream of good but vague intentions. Now is the time for corporations and countries to step up and deliver what has been promised for decades.”

it’s the first video game that can legally be marketed and prescribed as medicine in the US. That’s the landmark decision from the U,S.’s Food and Drug Adminitration (FDA), which is authorizing doctors to prescribe the iPhone and iPad game for kids between ages eight and 12 years old with ADHD. The decision was based on seven years of clinical trials that studied over 600 children to figure out whether a game could actually make a difference.

ByteDance, the company behind the short-video app TikTok, is exploring expanding into banking for the first time. The Monetary Authority of Singapore is set to issue five virtual banking licences by the end of the year, for which ByteDance will compete with a number of other Asian technology companies, including Alibaba’s Ant Financial and smartphone maker Xiaomi.

Competition is heating up in China’s fake meat industry, as domestic plant-based meat brand Zhenmeat launches two new products aimed at satisfying the appetites of local consumers.The first is a deep fried fake pork tenderloin and the second is a plant-based crayfish. China is the world’s largest consumer of pork and and one of the biggest of crayfish, and the latest releases from Zhenmeat play to local tastes. Its biggest competitors right now are not domestic rivals. U.S-based Beyond Meat made its first steps into China in April through a partnership with Starbucks, while Hong Kong’s Green Common launched its meatless Ominpork product in the world’s second-largest economy.

Carrefour and Google said on Tuesday they were launching a voice-based grocery shopping service in France as part of the French retailer’s ambition to accelerate its expansion into food e-commerce.  The service is based around Google Assistant — a digital voice assistance service on smart phones and other devices — and is part of a strategic partnership between the two companies initiated in June 2018, the joint statement said. The new service will allow users who associate their Google account with their Carrefour account to add items to a shopping list by saying generic words such as butter or milk, or names of products or brands. The Assistant, which is connected to Carrefour’s e-commerce inventory, then converts the list into a cart of products available on the Carrefour.fr website. The specific items added to the shopping cart by Google Assistant will reflect the user’s product preferences, while giving them the option to delete, modify or add products.

Uber has signed a deal to manage public transport in Marin County, in the San Francisco Bay area, with its software. Residents in Marin, which has a population of 250,000, will be able to book rides on public minibuses through Uber’s app, which will match riders travelling in the same direction.

Wandelbots, a German startup dedicated to making it easier for non—programmers to “teach” industrial robots how to do specific tasks – has raised a $30 million Series B funding round led by 83North, with participation fro Microsoft’s M12 venture funding arm. Wandelbots will use the funding to help it speed the market debut of its TracePen, a hand-held, code-free device that allows human operators to quickly and easily demonstrate desired behavior for industrial robots to mimic. Programming robots to perform specific tasks typically requires massive amounts of code, as well as programmers with very specific, in-demand skill sets to accomplish. Wandelbots wants to make it as easy as simply showing a robot what it is you want it to do — and then showing it a different set of behaviors should you need to reprogram it to accomplish a new task or fill in for a different part of the assembly line. The software that Wandelbots developed to make this possible originally sprung out of work done at the Faculty of Computer Science at the Technical University of Dresden.

The World Economic Forum launched Procurement in a Box, an effort to help governments shape the ethical and responsible use of AI. In announcing the effort the Forum said COVID-19 has revealed three critical AI procurement blind spots that could put lives at risk: chatbots, diagnostics and contract tracing tools.. “To work effectively and to ensure trust, critical questions must be asked about performance, and accuracy; governments should ensure there is robust oversight through an independent third party,” the Forum said in a press release. “Bridging these governance gaps will be key to harnessing AI’s transformative potential and guiding economies through a recovery that does not sacrifice privacy and compromise public health.”

Following calls for government spending reviews, a new report out this week from the World Economic Forum highlights cautious enthusiasm for blockchain’s role in anti-corruption. The Forum said it has partnered with the Inter-American Development Bank and Colombian Inspector General’s office on the most comprehensive study of blockchain technology for countering corruption in the public procurement process. The project developed a blockchain-based software proof-of-concept (PoC) for public procurement that intends to be tested in a live procurement auction in Colombia in 2020. The system was designed for the procurement of the Programa de Alimentación Escolar, or public-school meal program, a high-priority public programm providing meals to the country’s most vulnerable children. The program has had issues with procurement corruption in the past.

Physicists have extended the capabilities of secure quantum communication tenfold, marking a step forward in efforts to establish hack-proof network communications, according to a study published by scientific journal Nature on Monday.The latest research used China’s Micius satellite, the world’s first quantum communication satellite, launched in 2016, to conduct so-called entanglement-based distribution of quantum secret keys – a secure communications method that implements a cryptographic protocol – between two spots on Earth at a rate of 0.12 bits per second.Those two sites, both equipped with quantum telescopes, are located in China’s northwest Qinghai province and the western Xinjiang Uygur autonomous region, which are more than 1,000 kilometres apart. Entanglement is a phenomenon in quantum physics in which a pair of entangled particles remain connected and affect each other even when separated by great distances.“Our method not only increases the secure distance on the ground tenfold, but also increases the practical security of quantum key distribution to an unprecedented level,” the study, co-authored by scientists from China and the University of Oxford in Britain, said.