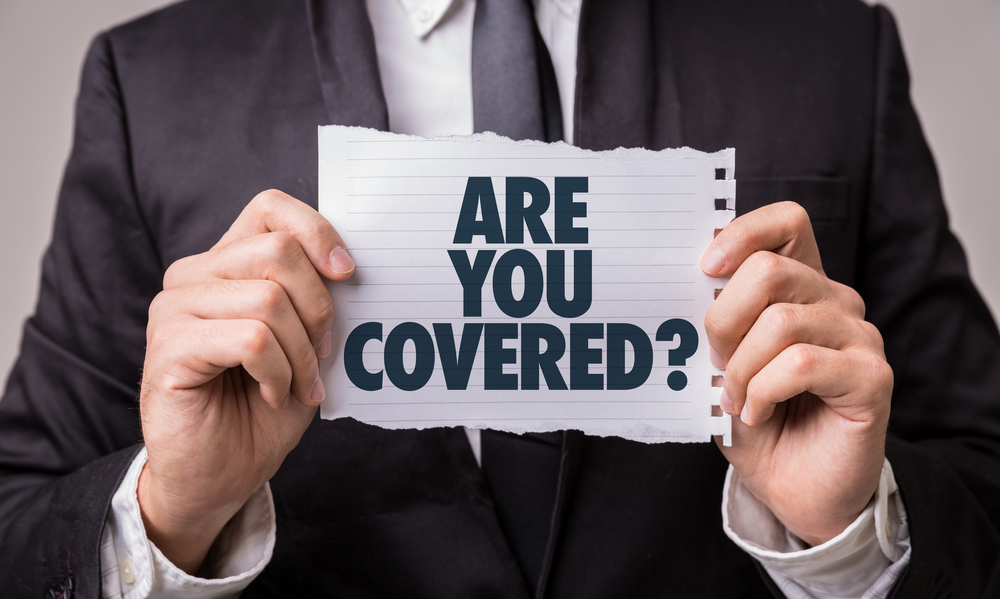 Traditional insurance companies scoffed when digital interlopers like Lemonade entered the market. The five-year-old U.S.-based  company, which sells homeowners and renters insurance and uses AI to process customers, went public this year and is now expanding into Europe. Its revenues last year tripled to $63.8 million, a drop in the bucket for big insurers that report both revenues and profits in the billions. But now the big tech companies are gunning for the insurance business and a new report from CBInsights says there is reason for concern. Google, Apple, Amazon and Facebook have garnered headlines for their moves in financial services industries — particularly payments — in recent years. While the companies’ presence in the insurance space may not receive as much hype, the report says it is significant — and growing.

Big tech companies have a number of advantages over traditional insurers: They have the data, existing customer base, and distribution platforms to successfully reach insurance buyers in a more convenient and digital manner, the report says. They also have the hardware to improve key insurance processes — such as utilizing their smart home and wearables product suites for underwriting and claims.

Because the big tech companies have invested heavily in digital health initiatives like personal health monitoring and virtual care, they have been able to integrate these capabilities into health insurance offerings relatively easily. Google’s subsidiary Verily recently formed its own insurance company to provide tech-driven employer health insurance plans.

Recent investments and partnerships show the companies are also ramping up interest in the life and P&C insurance spaces. For example. Amazon, Google, and Apple have all partnered with John Hancock’s Vitality to provide wearables for its life insurance customers, while Amazon and Facebook are leveraging their platforms to distribute property and casualty insurance products in India.

The People’s Bank of China has processed over three million transactions—worth 1.1 billion yuan ($162 million) as part of its trial of the DCEP (Digital Currency, Electronic Payment), its pilot for a central bank digital currency.

Thailand’s central bank has teamed up with IBM to launch the world’s first blockchain-based platform for government savings bonds, issuing a total of $1.6 billion within two weeks.

French startup Ÿnsect raised $139 million in debt and another $65 million in equity,  to fund the construction of the world’s largest insect farm in Amiens, France — set to open in early 2022. Ynsect aims to provide insect protein for things like fish food and fertilizer — and eventually pet food and food for people. “Ÿnsect isn’t just about insect farming: With climate change and increasing populations worldwide, we need to produce more food with less available land and fewer resources, so that we’re not clearing forests and emptying our oceans. We believe Ÿnsect can play a pivotal role in this global solution,” co-founder and CEO Antoine Hubert said in a statement.

A typical semi-truck trailer, on the other hand, has the same surface as a medium-sized house. With that in mind, Volkswagen owned truck manufacturer Scania is covering a trailer with 1,507 square feet of solar cells to power one of its hybrid semi-tractors. The goal is to see how much fuel could be saved and whether it could be connected to the grid when not in use.Full testing has yet to begin, but Scania and its partner Ernst Express figure that the panels could generate about 14,000 kWh over the course of a year. That would be enough for a 5-10 percent fuel savings in Sweden, or double that in warmer regions like Spain.

The German energy company E.ON, which counts over 50 million commercial, residential, and industrial customers, has created a new €250 million investment fund called Future Energy Ventures to invest in “asset-light” tech startups.As utilities move to decarbonize their sources of energy generation they’re coming to the realization that they will need exposure to a range of technology companies that can orchestrate, integrate, and manage power that’s coming from increasingly distributed sources. It’s a shift away from a century’s worth of energy infrastructure that relied on large coal and natural gas plants for generating the electricity that powered homes and businesses. And it’s a change that requires exposure to a range of new technologies being developed by early stage companies, according to E.ON executives.

HSBC will target net zero carbon emissions across its entire customer base by 2050 at the latest, and provide between $750 billion and $1 trillion in financing to help clients make the transition, its Chief Executive Noel Quinn told Reuters on October 9.

Asbestos Could Be A Powerful Weapon Against Climate Change

Scientists are trying to figure out how to effectively and affordably dig up minerals, potentially including asbestos, specifically for the purpose of drawing down vast amounts of greenhouse gas from the atmosphere.

HSBC has joined a consortium of 12 European companies and research laboratories supporting a project to uncover potential applications of quantum computing. The four-year project, NEASQC (Next Applications of Quantum Computing) project, has a budget of €4.7 million, which has been fully funded from the European Union’s Horizon 2020 research and innovation program. It brings together experts in quantum computing with commercial end-users including Atos (IT), Total and EDF (energy) and AstraZeneca (pharmaceutical), as well as HSBC. As well as developing a number of industrial and financial use cases for the technology, the project aims to build and share knowledge with the wider user community and create open-source programming libraries to facilitate quantum computing experimentation by others.

Cooler Screens, which uses interactive digital displays to replace the glass doors in store cooler aisles, is announcing that it has raised more than $80 million in Series C funding, bringing the total funding raised to more than $100 million in funding. The latest round comes from Verizon Ventures , Microsoft’s M12 venture fund, GreatPoint Ventures, Silicon Valley Bank and others.After installing screens in 50 Walgreens locations in the Chicago area (where Cooler Screens is based), the startup announced plans to expand to 2,500 Walgreens stores across the United States. Other partners include Kroger and GetGo.Avakian said he pitches stores on a partnership for “sophisticated digital merchandising and contextual advertising technology.”

Alibaba agreed to buy as much as a 9.99% stake in Dufry AG, giving the Swiss duty-free giant a lifeline as the pandemic hammers the business. Alibaba has spent billions acquiring slices of brick-and-mortar retail chains, seeking to broaden its reach in an attempt to use its technology to modernize physical commerce.

A U.S. House of Representatives panel looking into abuses of market power by four big technology companies found they used “killer acquisitions” to smite rivals, charged exorbitant fees and forced small businesses into “oppressive” contracts in the name of profit.The antitrust subcommittee of the U.S.’s Judiciary Committee recommended that Alphabet’s Google, Apple , Amazon and Facebook – with a combined market value of over $5 trillion – should not both control and compete in related businesses. The panel’s report also broadly recommended structural separations but stopped short of saying a specific company should be broken up.The scathing 449-page report – the result of the first such congressional review of the tech industry – suggested expansive changes to antitrust law and described dozens of instances where the companies misused their power, revealing corporate cultures apparently bent on doing what they could to maintain dominance over large portions of the Internet.